Is Trump unbeatable if Republicans unite? (He says, 'Yes.')

Trump has won and 15 of 24 Republican nominating contests so far, but he still must do better to win the nomination 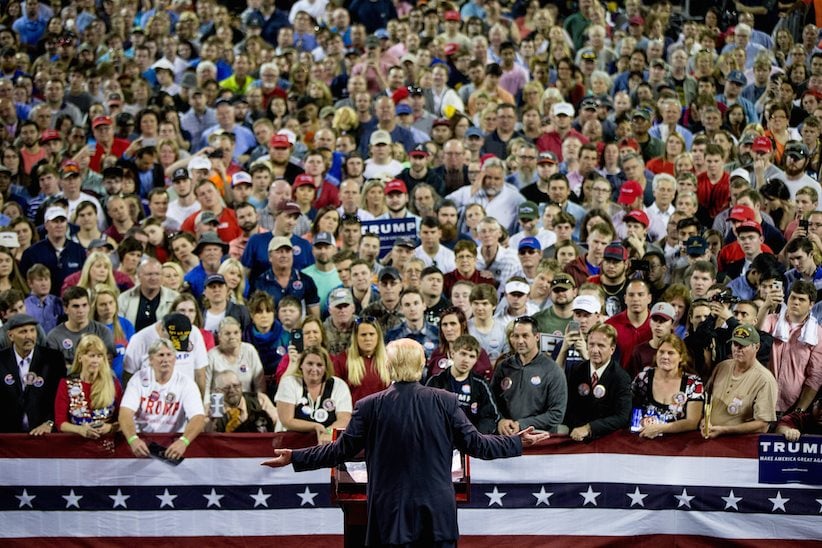 WASHINGTON — Donald Trump called for Republicans on Wednesday to rally behind his presidential candidacy after he cruised to primary victories in three more states, declaring that he could not be defeated in the November general election as the standard-bearer of a united party.

On the Democrat side, Vermont Sen. Bernie Sanders handed former Secretary of State Hillary Clinton a surprise loss in the industrial state of Michigan, increasing the likelihood that the contest for the party’s nomination could stretch into early summer. Clinton, however, crushed Sanders in the southern state of Mississippi, continuing to win a large margin among black voters.

Speaking to MSNBC on Wednesday, Trump said: “If the Republican party unites behind us, nobody can beat us.”

But Trump evaded questions about how he would carry out his campaign promises, especially his boast that he would build a wall along the Mexican border to stop illegal immigration and make Mexico pay for it.

He did concede that he is not doing as well with women voters because of the stinging language of his campaign.

“I can see women not necessarily liking the tone (of his campaign), but I had to be very harsh to win,” he said of his brutal counterattacks on party elites and fellow candidates, particularly Florida Sen. March Rubio and Texas Sen. Ted Cruz.

Trump has won and 15 of 24 Republican nominating contests so far, but he still must do better to win the nomination. His lead over Cruz grew by only 15 delegates Tuesday. That’s because all four states awarded delegates proportionally, so even the second-place finisher got some.

Cruz captured the Idaho primary in the west of the country. Rubio, the favourite of the party establishment, failed to pick up any delegates Tuesday. He needs to win home state Florida next week, while Ohio Gov. John Kasich needs to win his home state Tuesday to stay in the race.

While Sanders upset Clinton in Michigan, she increased her delegate lead by sweeping Mississippi and is now halfway to the number needed to clinch the nomination.

After Tuesday’s results, Clinton has accumulated 1,221 delegates and Sanders 571, including superdelegates, the party insiders who can support whomever they like. Democrats need 2,383 delegates to win the nomination.

Sanders said that “in almost all national polls” he is the bigger winner against Trump in the general election.

Clinton chose to focus her attention on Republicans and the general election. “We are better than what we are being offered by the Republicans,” she declared.

The economy ranked high on the list of concerns for voters in Michigan and Mississippi. At least 8 in 10 in each party’s primary said they were worried about where the American economy is heading, according to exit polls conducted by Edison Research for The Associated Press and television networks.

Among Democrats, 8 in 10 voters in both states said the country’s economic system benefits the wealthy, not all Americans.

Sanders has sought to tap into that concern, energizing young people and white, blue-collar voters with his calls for breaking up Wall Street banks and making tuition free at public colleges and universities.

But Sanders has struggled to win the support of black voters who are crucial to Democrats in the general election.