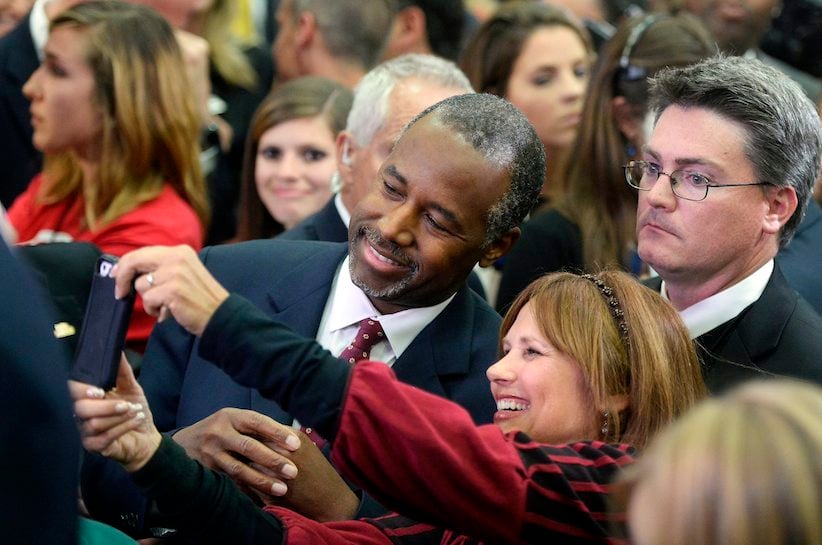 BOULDER, Colo. — Jeb Bush targeted Marco Rubio in a fight for control of the Republican Party’s establishment wing in the third Republican presidential debate, as insurgent outsiders Donald Trump and Ben Carson defended the seriousness of their White House bids.

Bush, the former Florida governor and son and brother of former presidents, was once seen as the top Republican contender. But he entered Wednesday night’s debate in the midst of the most difficult stretch of his White House campaign. By attacking Rubio, a senator, for his spotty voting record on Capitol Hill, Bush signalled that he sees his fellow Floridian as the candidate most likely to block his political path.

“Marco, when you signed up for this, this was a 6-year term and you should be showing up for work,” said Bush, who is struggling to right his campaign after being forced to slash spending in response to slower fundraising.

Rubio, who has had a close relationship with Bush, responded sharply: “Someone has convinced you that attacking me is going to help you.”

Bush and Rubio clashed for control of the party’s more mainstream wing in the debate, which comes some three months before the first votes are cast in the race, leaving much time for things to change.

Trump, a brash billionaire businessman, dominated in the polls for months, but Carson has recently taken the momentum and overtook Trump in polls in Iowa, where the first of the state-by-state contests will be held. Neither Trump nor Carson are career politicians but both have capitalized on anti-Washington, anti-establishment feeling among many conservatives.

Trump largely refrained from personal attacks on his rivals, which has been a signature of his campaign, even taking a light touch with Carson.

He bristled when asked by a debate moderator if his policy proposals, including building a wall along the U.S.-Mexico border and deporting everyone who is in the U.S. illegally, amounted to a “comic book” campaign.

“It’s not a very nicely asked question, the way you ask it,” Trump responded. Then he defended his proposals as reasonable.

Carson, a soft-spoken retired neurosurgeon, stuck to his low-key style and sought to explain his vague tax policy, which he has compared to tithing, in which families donate the same portion of their income to their church regardless of how much they make.

Carson said in an earlier debate that someone making $10 billion would pay $1 billion in taxes. Wednesday night he floated the idea of a 15 per cent flat rate. Critics have questioned whether the government could still raise enough revenue under that type of flat tax system to pay for federal programs.

The Republican nominee will most likely face Hillary Rodham Clinton, former first lady and secretary of state. The overwhelming favourite for the Democratic nomination, her campaign received a boost from a strong debate performance two weeks ago.

Ohio Gov. John Kasich and New Jersey Gov. Chris Christie are each seeking to break through with more mainstream Republican voters. Kasich in particular was aggressive from the start in bemoaning the unexpected strength of unorthodox candidates.

Also on stage were former Arkansas Gov. Mike Huckabee, Kentucky Sen. Rand Paul and former technology executive Carly Fiorina, the star of the second Republican debate. Fiorina, the former Hewlett Packard CEO, has struggled to capitalize on that strong performance and has faded toward the back of the pack.