U.S. President joins comedian on season debut of Comedians In Cars Getting Coffee 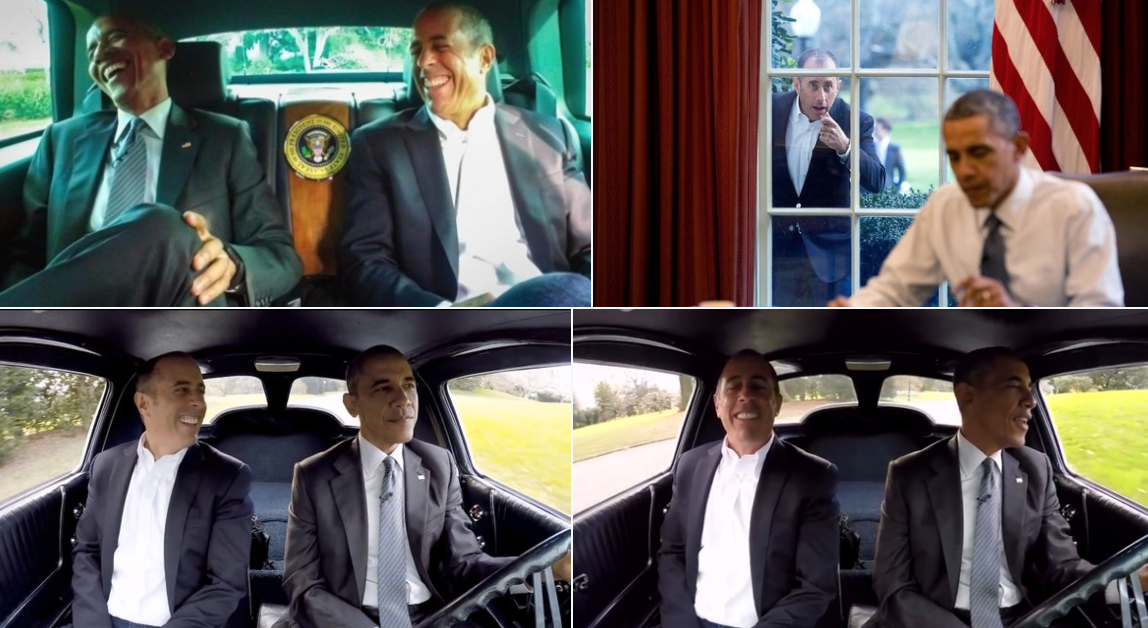 HONOLULU — President Barack Obama and comedian Jerry Seinfeld compare cars and trade one-liners in a 19-minute episode of  “Comedians In Cars Getting Coffee.”

The episode began airing Wednesday night, and opens with Seinfeld phoning the president. Seinfeld compliments Obama for “cutting all that red tape in Washington” when Obama appears to answer the call directly.

While Seinfeld introduces Obama to a 1963 Corvette Stingray, Obama lets Seinfeld sit in the back seat of the presidential limo, a Cadillac that Obama refers to as “the beast.” Obama says being able to call a nuclear submarine from the car is a cool feature, plus it has seat warmers.

During the course of the show, Obama relishes the thought of some anonymity and describes Teddy Roosevelt as a guy that might be the most fun to hang out with. He says Roosevelt would take a month-long trip to Yellowstone National Park without anyone knowing where he was.

“That’s a lot of messages when you get back,” Seinfeld shot back.

The two have some fun at Larry David’s expense. David and Seinfeld co-created the Seinfeld show. At one point, Seinfeld asks how many world leaders are just completely “out of their minds?”

The White House press office noted the show’s release as the president was vacationing in Hawaii.

The show runs on Crackle, a unit of Sony Pictures Television, and can be watched at www.crackle.com .