The Republican senator from Oklahoma once said environmentalists remind him of Nazis. And now he'll oversee U.S. environmental policy. 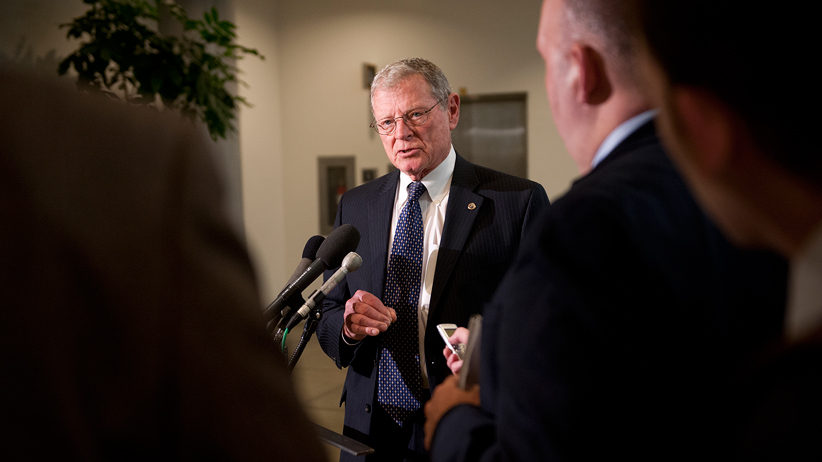 He has called climate change “the greatest hoax ever perpetrated on the American people” and a ratings ploy by the Weather Channel. The Environmental Protection Agency (EPA) is a “Gestapo bureaucracy” and environmentalists remind him of Nazis: “I could use the Third Reich, the Big Lie. You say something over and over and over and over again, and people will believe it,” he has said.

Meet Jim Inhofe, a 79-year-old senator from Oklahoma, who, thanks to the Republican takeover of the U.S. Senate this month, is the incoming chairman of the Senate committee on the environment and public works. Slated to be the next chairman due to his seniority on the committee, Inhofe will be in charge of overseeing a wide variety of environmental issues and every action of the EPA—the agency in charge of implementing President Barack Obama’s climate change policy.

The power shift on Capitol Hill is nowhere more stark than in the handover of the committee gavel to Inhofe by outgoing chairwoman Barbara Boxer, a liberal Democrat from California, and a staunch ally of Al Gore and environmental groups. Boxer supported various attempts to limit greenhouse gas emissions, and fought against the Keystone XL pipeline from Alberta’s oil sands, which she called a threat to the climate and a cancer risk.

Inhofe, by contrast, authored a book titled, The Greatest Hoax: How the Global Warming Conspiracy Threatens Your Future, and says the whole notion of man-made climate impacts is at odds with his faith: “God’s still up there. The arrogance of people to think that we, human beings, would be able to change what he is doing in the climate is, to me, outrageous,” he told a Christian radio station in 2012.

From his perch of power, Inhofe is expected to spearhead a fight against the centrepiece of Obama’s climate change plan: stricter regulations on coal-fired power plants that have been announced by the EPA, but not yet implemented. Inhofe was easily re-elected on Nov. 4 to his fifth term in the Senate. He campaigned on conservative values and “protecting Oklahoma’s bread and butter,” the oil and gas industry. 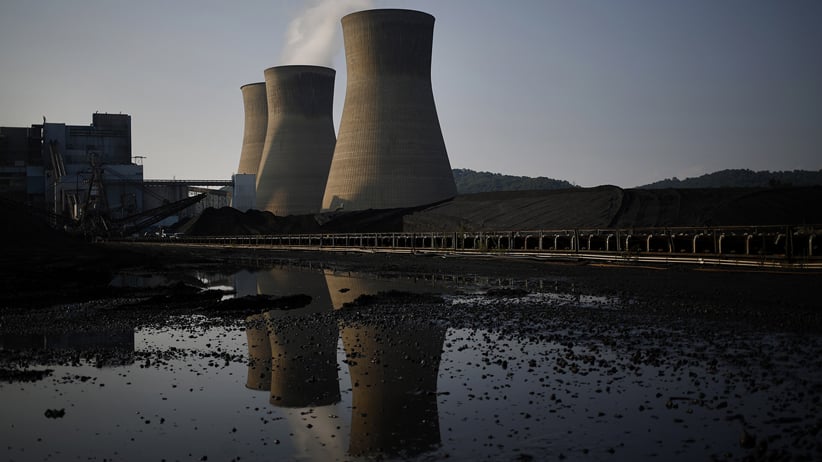 Inhofe can hold aggressive oversight hearings, launch investigations and introduce legislation that would outright ban the EPA from regulating carbon dioxide emissions, although Obama retains the power to veto bills. “We could be totally independent in the state of Oklahoma, in the United States of America, if we didn’t have Obama’s war on fossil fuels—that’s oil, coal and gas,” Inhofe said in a speech to supporters on election night. “With a Republican majority in the Senate, we will change that.”

Environmentalists are bracing for a fight to defend rules governing greenhouse gas emissions as soon as the new Congress begins work in January. “Inhofe has made no secret of his opposition to the entire EPA agenda, and we expect him to lead efforts against it,” said David Goldston, director of government affairs for the National Resources Defense Council, a major U.S. environmental group. “We expect them to try this, probably a number of times, through a whole variety of legislative vehicles.”

Inhofe has the support of his leadership. Senate majority leader Mitch McConnell, who represents Kentucky, a stronghold of coal interests, has made clear that fighting the new rules aimed at reducing the amount of coal that gets burned is a top item on his agenda, along with approving the Keystone XL pipeline, and expanding U.S. energy production.

Obama is expected to veto such measures if they are presented to him as stand-alone bills. But Republicans can make it harder by bundling them as “rider” provisions in broader legislation that he may be reluctant to reject, such as budget bills necessary to keep the government operating. “It’s reasonable to assume that we will use the power of the purse to try to push back against this over-active bureaucracy,” McConnell said at a post-election press conference in Kentucky, adding: “And, of course, we have a huge example of that in this state with the war on coal.”

Defeated at the ballot box, environmentalists now hope that, in their zeal to undo Obama’s policies, Republicans will bring more attention to environmental issues and will be seen to be going too far.

“McConnell is lining things up for a game of chicken with the White House” by threatening to attach conditions to spending bills, said Goldston, adding: “The pattern in the past has been that the Republican leadership overreached on these issues, caused a backlash, and retreated. It’s our job to make sure that happens again.”