U.S. Politics Insider for March 11: Anti-Hillary voters abandon Sanders and the spread of the coronavirus began to show some effects on the primary campaign 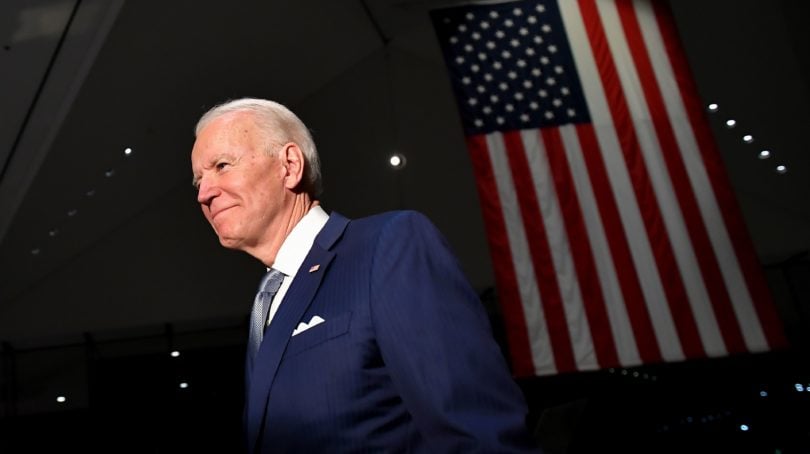 Biden takes Michigan, Missouri, Mississippi: In 2016, Bernie Sanders won the Michigan Democratic Primary, reigniting his campaign against an establishment frontrunner. History didn’t repeat itself in 2020, as Joe Biden won by double digits in one of the Midwestern states that flipped to Donald Trump in 2016 (and the Democrats need to flip back to win in November). Biden also won in a smaller Midwestern state, Missouri, and a blowout in the Southern state of Mississippi. Sanders did better in the state of Washington, due to its being a vote-by-mail state: many of the votes were cast before the rapid changes in the campaign in the last few weeks, with a number of votes going to Elizabeth Warren and Michael Bloomberg.

Joe’s pitch to Bernie voters: Though he hasn’t won the nomination yet, on Tuesday night Joe Biden was already pivoting to the next step of reconciling with Bernie Sanders — not to mention people who voted for him. Speaking after it became clear that he’d won Michigan, Biden thanked Sanders and his supporters for “their tireless energy and their passion. We share a common goal, and together we’ll defeat Donald Trump.” He also said he’s someone “who not only knows how to fight but knows how to heal,” and there may be plenty of healing to do.

Anti-Hillary voters abandon Sanders: Apart from his usual strength with older voters and African-Americans, Biden won votes from a lot of people who went for Sanders in 2016 — including a huge improvement with white males who were reluctant to vote for Hillary Clinton. In 2016, Sanders beat Clinton by 25% among white men in Michigan and 23% in Missouri, while exit polls Tuesday night showed Biden and Sanders within a few points of each other in that demographic. It could be that many of those who voted for Sanders four years ago simply disliked Clinton (who wound up losing the state to Trump) rather than having any particular affinity for Sanders: “Bernie Sanders didn’t win Michigan in 2016;” one reporter said, “Hillary Clinton lost it.”

Candidate coronavirus cancellations: Voter turnout was high in states like Michigan despite the coronavirus pandemic, but the spread of the disease did begin to show some effects on the primary campaign on Tuesday. Both Biden and Sanders were scheduled to spend Tuesday night in Cleveland, holding campaign rallies in advance of the Ohio primary on March 17. And both candidates announced separately that they were canceling the rallies, as Ohio state officials had warned against holding large public gatherings. That same day, Donald Trump announced he will continue to hold big public rallies, starting with a “Catholics for Trump” event in Milwaukee next week.

Biden’s curse-filled argument on guns: While campaigning in an automobile-assembly plaint in Detroit on the day of the Michigan primary, Joe Biden was approached by a worker who told him, “you are actively trying to end our Second Amendment right and take away our guns.” Biden’s immediate reply was: “You’re full of sh**.” A “heated exchange” followed over whether or not Biden wants to take people’s guns, with the man saying he’d heard it in “a viral video,” and Biden saying such a video would be “simply a lie.”