Senate control up for grabs as Democrats seek majority 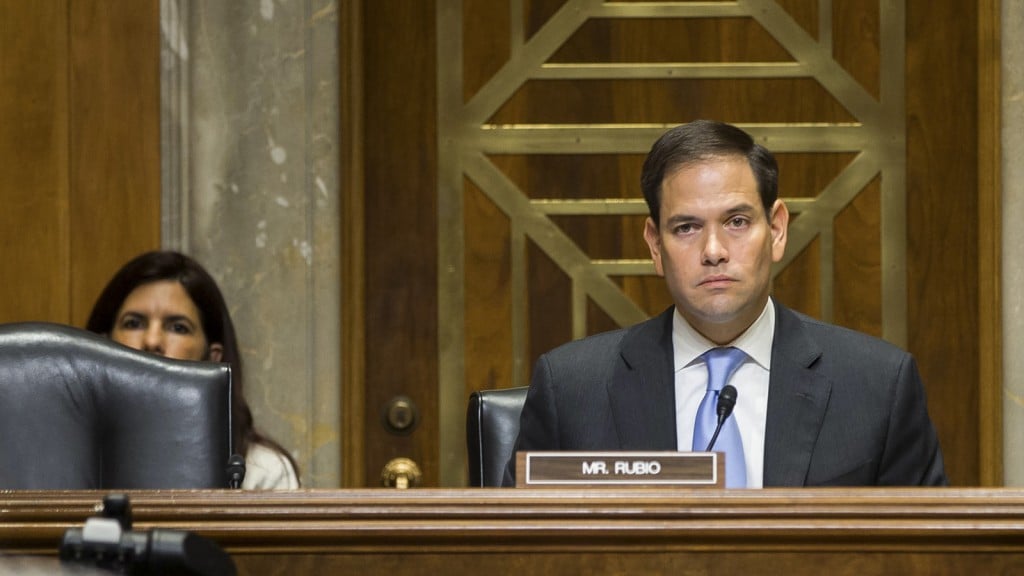 WASHINGTON — Control of the Senate was up for grabs Tuesday as Republicans’ hopes of protecting their narrow majority in an unpredictable election rested on a handful of states that were toss-ups until the end.

In two red states that were never supposed to be this competitive, North Carolina and Missouri, Democrats sought to upset entrenched GOP incumbents. As voting got underway, both states looked like they could go either way.

Toomey, the first-term Pennsylvania GOP incumbent who has refused to say whether he was voting for Trump, implored supporters in Harrisburg to keep up their enthusiasm. National polls showed Clinton narrowly leading Trump, and Republicans faced the prospect of losing the 54-46 Senate majority they won only two years ago.

“The race between me and Katie McGinty is a tied race right now and when you have a tied race, especially in a big state like ours, the winner, in the end, is the side that wants it the most,” Toomey told a small crowd of loyalists in a hotel ballroom. When the polls close, Toomey added, “we will have determined the next senator and, probably, which party controls the United States Senate.”

Indeed with Senate races down to the wire in a half-dozen states, any one of them could end up determining Senate control after a tough and costly campaign. Democrats needed to pick up four seats to take the majority if Clinton wins the White House and can send her vice-president to cast tie-breaking votes in a 50-50 Senate, or five seats if Trump wins.

Hundreds of millions of dollars have been spent on both sides by the party committees, the gun lobby, environmental groups and other special interests, as well as super PACs aligned with the Senate leaders, Majority Leader Mitch McConnell, R-Ky., and Minority Leader Harry Reid, D-Nev.

Republicans faced hurdles from the outset, starting with an unfavourable map that had the GOP defending 24 seats, including several in Democratic territory, compared to 10 for the Democrats. Running with Trump on the ballot complicated lives for a number of GOP candidates, including Toomey and Joe Heck in Nevada, who refused to say up until the end whether he would vote for the Republican presidential nominee.

Heck’s rival, Catherine Cortez Masto, said Trump’s “message of hate” was helping turn out Latinos in Nevada to vote for her and Clinton.

“Did Donald Trump excite my base here in Nevada? Absolutely,” said Cortez Masto, who if elected would be the Senate’s first Latina. “He wants to build a wall with Mexico. He calls Mexicans rapists and criminals. He’s coming to the state of Nevada where 28 per cent are Hispanic. The majority are from Mexico. That’s my family.”

In New Hampshire, GOP Sen. Kelly Ayotte was among those who pulled her support for Trump after audio emerged of him boasting he got away with groping women. But that angered Republican voters, and it didn’t stop Ayotte’s Democratic opponent, Gov. Maggie Hassan, from trying to tie her to Trump throughout the campaign.

In Florida, GOP Sen. Marco Rubio seemed to have a lead over Democratic Rep. Patrick Murphy, who was abandoned by his own party after Democratic bosses decided to pull ad money from expensive Florida and invest it in Missouri, North Carolina and Indiana, instead.

It was a different story in Indiana, where another star recruit, Evan Bayh, former Democratic governor and senator, was struggling in his comeback bid against Republican Rep. Todd Young. That race was another toss-up.

Wisconsin and Illinois were favoured to flip for the Democrats, though in Wisconsin polls tightened in recent weeks in favour of GOP Sen. Ron Johnson. But Ohio and Arizona, forecast to be competitive early on, turned into walks for the GOP incumbents, Rob Portman and John McCain.

Reid’s retirement in Nevada created an open seat, and the only contested race where Democrats were on defence.