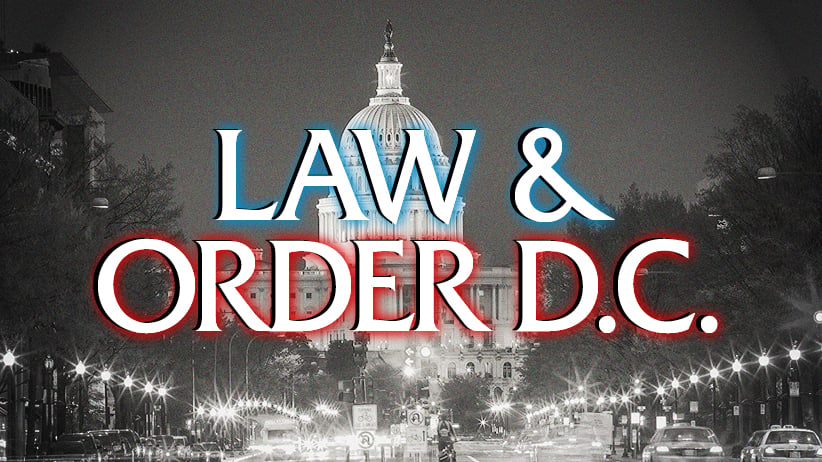 Hollywood is never shy about finding inspiration in real life. Given the decision by Donald Trump’s personal lawyer to hire his own lawyer, it’s only a matter of time until NBC goes to pilot with… Law & Order D.C.

SCENE: A jogger huffs along Connecticut Avenue in the D.C. dawn. She turns onto a quiet side street and abruptly comes upon… four FBI agents going through the Attorney General’s garbage.

AGENT Nothing so far, sir. Just several empty tubes of Brylcreem, a copy of this spell that forever traps a child in the body of an elfin man and… hang on… sir, a ticket stub from the Russian ballet!

SPECIAL AGENT Looks like our Attorney General has been Baryshni-caught!

SCENE: A prestigious D.C. law firm. A distinguished woman in her 50s stands to address an impromptu gathering of partners and employees.

HANNIGAN I’ve got some great news. I have been personally approached to formally serve the President of the United States.

HANNIGAN Effective immediately, I’ll be working as official counsel. To the lawyer. Of the lawyer who is current serving as the President’s other personal lawyer.

Crowd goes silent as everyone tries to figure that out.

KINCAID Your Honour, may I approach the bench?

The judge waves him forward.

JUDGE Is there a problem, counselor?

KINCAID Depends. I’m going to need that retainer cheque pronto if you want me to represent you.

KINCAID Be happy you’re not Ivanka’s Pilates instructor. FBI’s been camped outside his house since he ordered borscht at that place on K Street.

ROTH I object to that skirt you’re wearing, counselor. It’s clearly intended to give rise to the jury.

They walk away silently, looking at their phones.

SCENE: KINCAID approaches a hot dog vendor while talking on his cell phone.

TONY (shaking his head) Three congressional subpoenas! For what?

KINCAID At these prices, probably larceny.

SOUZA Hang on a minute. But aren’t you the guy who…

KINCAID Holy hell, I’m my own lawyer! There’s no way I can afford what I’m charging me!