Q. Is Donald Trump the leader of the Republican Party?

Canadian's have questions about the Republican National Convention. We have answers to the most-googled ones. 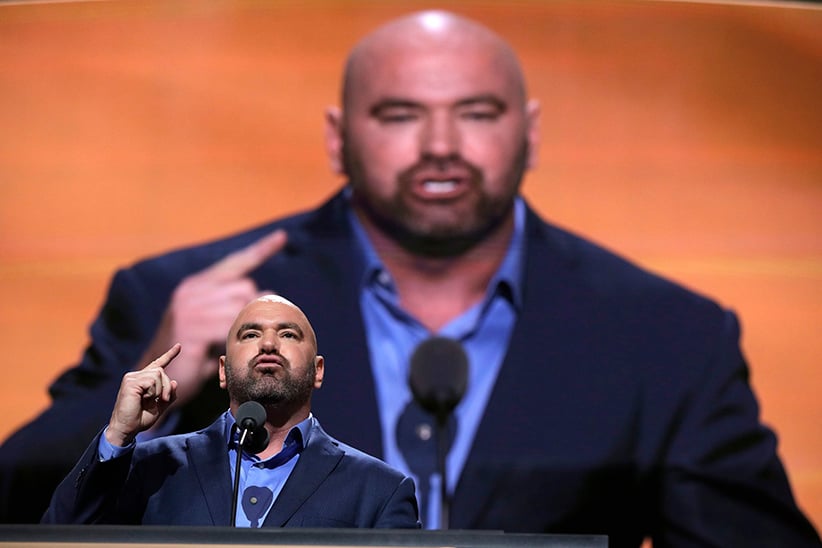 The Republican National Convention in Cleveland is into its third day. Maclean’s answers five of the most googled questions Canadians are asking about the event.

1. Is Donald Trump the leader of the Republican Party?

Donald Trump is now the Republican Party’s official nominee for president, which means that he’s the face and name that will dominate discussion of Republican politics until at least the November general election. Reince Preibus is the chairperson of the Republican National Committee, but that is primarily an administrative function and, particularly in the Trump era, there are clear signs that the direction of the Republican Party will be guided by its presidential nominee—and not Preibus or any other party functionary. That being said, other prominent Republican leaders — including House Speaker Paul Ryan and Senate majority leader Mitch McConnell — will be doing what they can to not be completely overshadowed by Trump.

2. Who is Paul Manafort?

Paul Manafort is Donald Trump’s campaign manager. He replaced Corey Lewandowski, who was fired in June following a string of controversies including being accused of assaulting reporter Michelle Fields. Manafort made his career working as a lobbyist for strongmen around the world—from Ferdinand Marcos, the former dictator of the Philippines, to Vladimir Putin’s ally, former Ukrainian president Viktor Yanukovych. He’s also worked for former Republican presidential nominees Gerald Ford, Ronald Reagan, Bob Dole and George H.W. Bush, and racked up a reputation as a highly effective in-fighter willing to blur ethical lines.

3. Who is Meredith McIver?

Meredith McIver is a Trump campaign staffer who claims to have written the section of Melania Trump’s speech that was plagiarized from Michelle Obama. The Trump campaign released a statement from McIver apologizing for the controversy and saying that while she had offered to resign, Donald Trump had told her to stay on. This is another way in which the Trump campaign is dragging on this controversy, generating tons of free media for his campaign, and distracting from the substantive issues being discussed at the Republican convention — such as former New York mayor Rudolph Giuliani’s enthusiastic defence of treating all Muslims as criminal suspects.

5. What did Melania Trump say?

The same thing Michelle Obama did in 2008. Melania Trump is being blasted for copying a section of Michelle Obama’s speech to the Democratic National Convention in 2008. Here’s a side-by-side comparison of the two women’s speeches and here’s some historical context on the controversy: Barack Obama, Donald Trump and Joe Biden have all been accused of plagiarism.