Malia visited at least a dozen public and private colleges during her search, mostly on the East Coast. 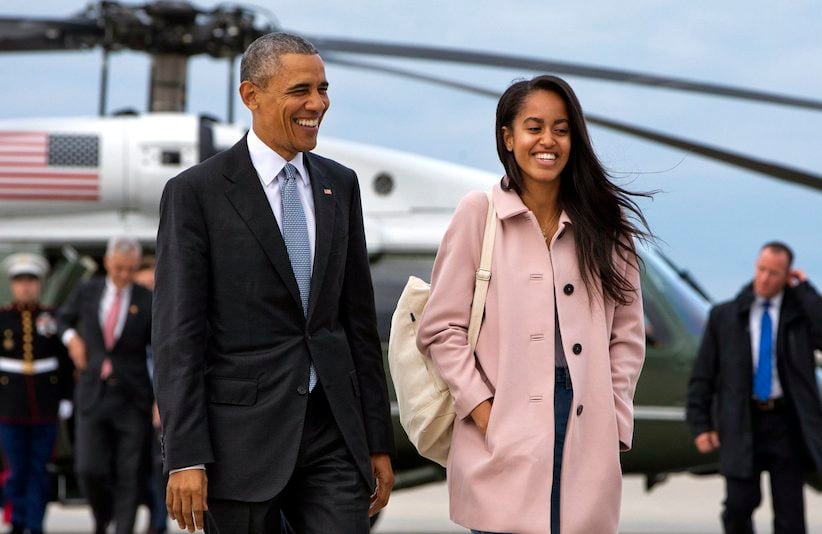 WASHINGTON — President Barack Obama’s daughter Malia will take a year off after graduating high school in June before attending Harvard University in 2017, the president and his wife said Sunday in a long-awaited announcement.

Harvard encourages admitted students to defer for one year to travel, pursue a special project or activity, work, or spend time in another meaningful way. The student must not enrol in a program at another college that would grant that student a degree.

Malia, the eldest of the Obamas’ two daughters, is a 17-year-old senior at Sidwell Friends, an exclusive private school in the District of Columbia that helped educate another first daughter, Chelsea Clinton, in the 1990s. Malia’s younger sister, Sasha, 14, is a freshman at Sidwell. Malia is set to graduate high school in June. She turns 18 on the Fourth of July.

Obama has spoken publicly about dreading the day when Malia leaves for college, and the decision for Malia to take a gap year could keep her closer to home as her family prepares for another major transition next year, leaving the White House and returning to normal life. Obama plans to live in Washington for a few more years so Sasha can finish high school. The president and his wife, Michelle, still own a home in Chicago.

The first lady has said Malia wants to be a filmmaker. Malia spent last summer in New York City interning on the set of HBO’s “Girls,” starring Lena Dunham. She spent the summer of 2014 in California working as a production assistant on “Extant,” a now-cancelled CBS sci-fi drama that starred Halle Berry. Malia has also had internships at the Smithsonian’s National Zoo in Washington.

The president turned down an invitation to speak at Malia’s Sidwell graduation, saying he would be too emotional.

“I’m going to be sitting there with dark glass, sobbing,” he told Ellen DeGeneres during an appearance on her talk show.

Obama grew up without his father, who was born in Kenya and is now deceased, and has spoken of his desire to be there for his kids. The bond between Obama and his children was readily apparent, as he often was seen holding hands with either daughter getting on or off the presidential aircraft or on the family’s walks through Lafayette Park to attend services at St. John’s Episcopal Church.

Malia joined her father earlier this month on a three-day trip that started at the University of Chicago Law School, where he once taught constitutional law, to discuss his stalled nomination of Judge Merrick Garland to the U.S. Supreme Court. From Chicago, they flew to Los Angeles and San Francisco, where the president attended fundraisers and played golf.

Related reading: Where to study 2016

“Both of my daughters are wonderful people. Malia’s more than ready to leave but I’m not ready for her to leave,” Obama told DeGeneres. “She’s one of my best friends. It’s going to be hard for me not to have her around all the time, but she’s ready to go. She’s just a really smart, capable person and she’s ready to make her own way.”

Malia visited at least a dozen public and private colleges during her search, mostly on the East Coast. Six of the eight Ivies were among them, including her parents’ alma maters.

The president is a 1983 graduate of Columbia University, and Mrs. Obama graduated from Princeton in 1985. The president and first lady earned law degrees at Harvard.

She appears to have disregarded her parents’ advice. The president and first lady have said college-bound students shouldn’t limit themselves to just a handful of elite schools.

“The one thing I’ve been telling my daughters is that I don’t want them to choose a name,” Mrs. Obama said in a recent interview with Seventeen magazine. “I don’t want them to think, ‘Oh I should go to these top schools.’ We live in a country where there are thousands of amazing universities. So, the question is: What’s going to work for you?”