Michael Flynn and the dizzying descent into chaos

Opinion: Even if the Michael Flynn testimony proves a catalyst in the Mueller probe, America's politics may never return to normal 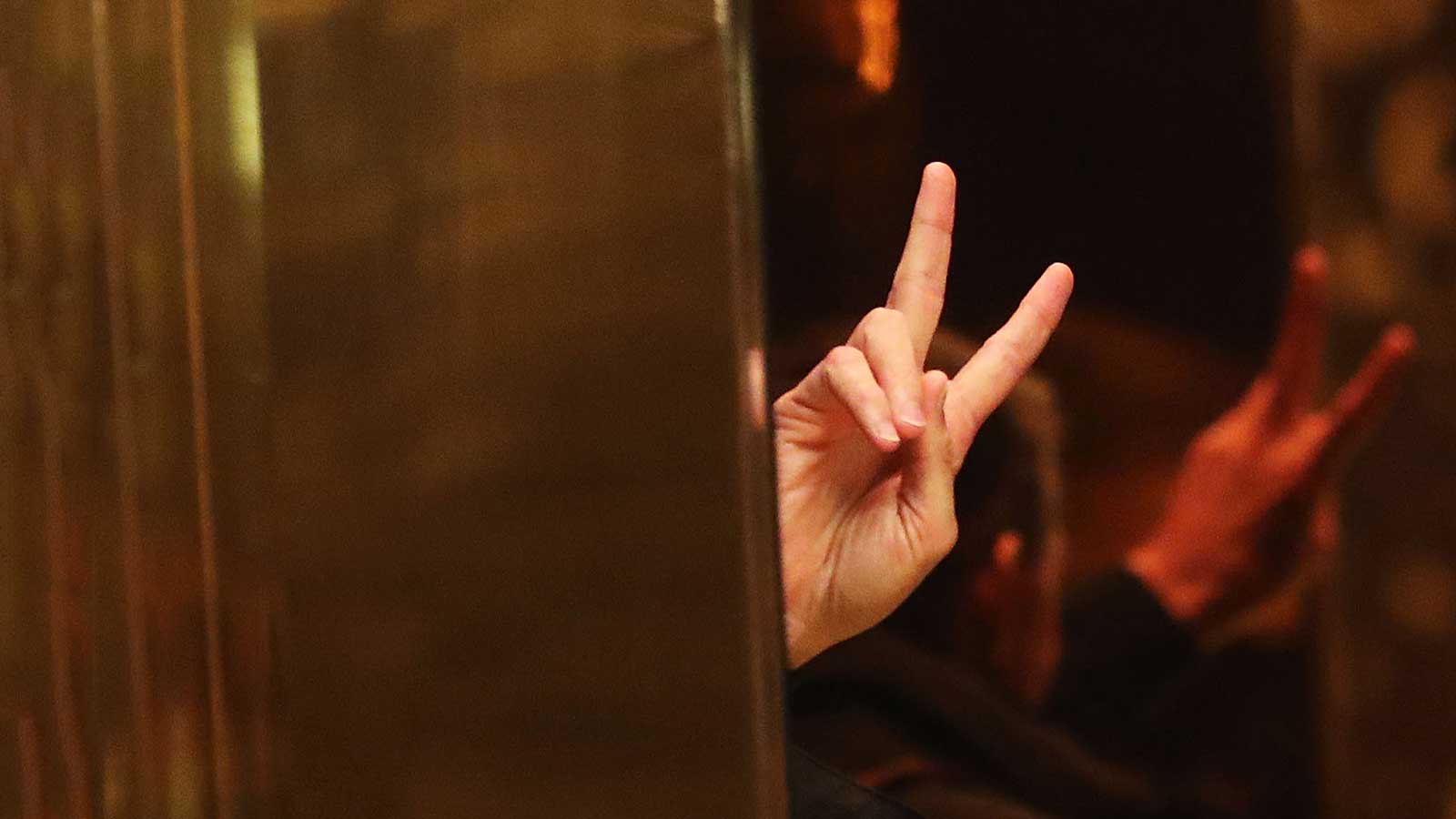 It was almost exactly one year ago today that Michael Flynn bid reporters adieu as the doors to the Trump tower elevator closed before him, and sealed him off from the prying eyes of what was still then—still perhaps is now—a stunned pool of media. As the doors closed, he threw out a peace sign.

At that moment, in late November, 2016, the discussions about “fake news” and Russia that have dominated 2017 were still in their infancy, but there was already a consensus about Lt. Gen. Michael Flynn. “Of all the disturbing scenes in the presidential campaign, the Republican Convention speech by retired Lt. Gen. Michael Flynn stood out,” the New York Times editorial board wrote days earlier, when Flynn had been tapped as Trump’s national security adviser. “During a fiery address in which he lamented the decline of American exceptionalism and lambasted the Democratic nominee, Hillary Clinton, General Flynn joined the crowd in chants of ‘lock her up!’ Smiling slyly, he shouted: ‘Yeah, that’s right, lock her up!”

On Friday morning, Michael Flynn pleaded guilty to lying to the FBI in January, about discussions he had with Russian ambassador Sergey Kislyak—a charge that carries a penalty of up to five years in prison. As the news rocketed around the world, the early analyses suggested it was the lesser of the potential charges Flynn could have faced, and ABC News quickly reported that not only had Flynn agreed to “full cooperation” in Special Counsel Robert Mueller’s ongoing probe into potential Russian involvement in the 2016 campaign, but that Flynn is also “prepared to testify that Donald Trump directed him to make contact with the Russians, initially as a way to work together to fight ISIS in Syria.”

Much may hinge on the qualifier at the end of that last sentence. Was that all he spoke about with the Russians? What about the reported discussion with Kislyak about sanctions—was Flynn directed in any way regarding those? We don’t know, yet. Perhaps Mueller does—or soon will. As far as Kislyak is concerned, chatting with Flynn about sanctions, at least—as the Washington Post reported in early February—was no big deal. “So what?” he asked recently on a Russian TV program. “What serious diplomat doesn’t try to establish contacts with a new president’s team? This is standard diplomatic work.”

While we wait to find out whether that’s the case, there is something else to consider: that nothing may change even if we have the answers to all our questions. In fact, things may get even worse.

It can be difficult to imagine that happening, because the prevailing assumption is that when someone is caught dead-to-rights—that is, if there is ever enough evidence to prove collusion or something similar between Donald Trump and the Russian government—they are subject to the full force of the law. They are, we have been taught by both history and popular culture, taken to prison or at the very least taken down, and the world rights itself again. Yet that may not occur in this case.

As Vox writer David Roberts speculated in November, Mueller may make his case, and it might still not be enough. Impeachment, for instance, would require the Republican-controlled Congress to vote in favour, and despite everything that Trump has done so far in his short term as president, Republicans in Washington remain—with some exceptions—supportive of him. In the wake of Trump’s tweets earlier this week that amplified a racist British fringe political group, Orrin Hatch maintained that Trump is “one of the best” presidents under which he has served. “He’s not afraid to make decisions,” Hatch told MSNBC. “He’s not afraid to take on the big mouths around here.”

RELATED: The president of the United States is unwell

Worse, and more dizzying for the general populace, would be the prospect that even if Trump were to be impeached—if Mueller’s evidence was enough—the political and ideological split that has opened in the United States would widen further. The rhetoric would escalate, with allegations of a “deep state” coup or a liberal-media conspiracy to oust a president they simply didn’t like. The chaotic dialogue that has dominated 2017 would be refreshed anew, and the focus of attack from both sides of the divide would no longer be a foreign entity, but more and more, domestic.

Given all that has occurred in the last few months, this outcome—an ever-deepening divide and ever-crazier allegations from both sides—seems inevitable in either case. In fact, at this juncture, it appears the only guaranteed outcome – even if, as some have suggested, all that happens is that Flynn is charged under the archaic Logan Act.

On TV in Russia, Kislyak was asked to explain how Russia became so toxic in America—how the country had become the focus of so much anger and skepticism. Kislyak (inaccurately) pointed to the story of his phone call with Flynn as the starting point. That story, he said, “was followed by many speculations, scares, made up stories, a lot of falsehood, and continues to live on. And it was fuelled by … the war between Democrats and Republicans, with part of the Republicans on the team of their president, the liberal press versus the White House, and in this toxic atmosphere, they made us toxic.”

As we have seen, there is reason to believe the stories were not made up, nor mere speculation. But while Kislyak’s blame was aimed squarely at American political society, falsely casting Russia as just an innocent player, he was still onto something, anyway. That is, whether or not the end goal of the purported Russian operation was to have Trump in office, it was a destabilizing of the status quo that probably mattered more. The ultimate outcome was a weaponizing of an existing toxicity between the tribes—directed first toward Russia, and eventually, catastrophically, inward.

Mueller may find the smoking gun, and maybe Flynn is it. But even if so, there may be no way for America to right its political world again.