New on the stump: Trump on Trump

By The Associated Press November 3, 2015 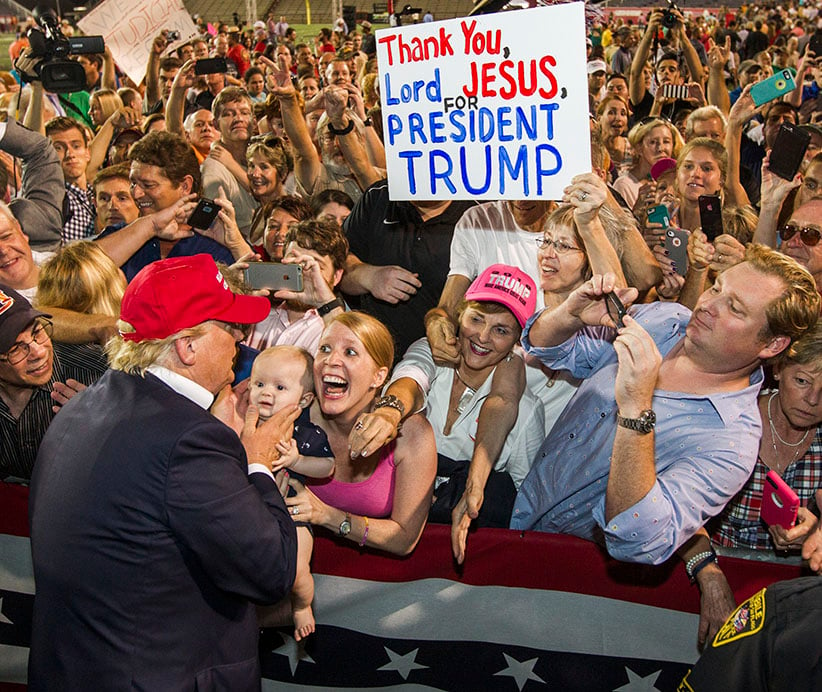 NEWARK, N.J. — U.S. presidential candidate Donald Trump is out with a new book that reads like a campaign manifesto, boasting success stories but offering few details on how he would implement his policy goals.

“Crippled America” does, however, provide insights into how the billionaire businessman, former reality TV star and Republican White House hopeful uses the media to his advantage.

The book speaks directly to voters, making the case that Trump has the experience and business savvy to accomplish things that traditional, all-talk, no-action politicians can’t. It comes as Trump is continuing to adjust to a new phase of the campaign in which the once undisputed front-runner is now facing heightened competition from a number of his Republican rivals.

“This book is designed to give the reader a better understanding of me and my ideas for our future,” Trump writes. “I’m a really nice guy, but I’m also passionate and determined to make our country great again.”

In many ways the book is an exhaustive version of the stump speech Trump has been delivering at rallies across the country, laying out what he sees as the biggest challenges facing the country and how he plans to solve them. And it is signature braggadocios Trump, complete with a 14-page biography and a list of some of the properties he has developed, managed and licensed over the years. The book also includes a note declaring that Trump’s net worth has increased since he launched his campaign.

Trump also talks at length about his relationship with the news media, which he has used deftly to promote his campaign, saving him millions in television advertising.

“I use the media the way the media uses me — to attract attention,” he writes, explaining that he “learned a long time ago that if you’re not afraid to be outspoken, the media will write about you or beg you to come on their shows.”

“I have a mutually profitable two-way relationship with the media,” he adds. “We give each other what we need. And now I am using that relationship to talk about the future of America.”

The book includes chapters on favoured Trump subjects including the dangers of illegal immigration and his commitment to Second Amendment rights for gun owners. And it delves into more details in some areas, particularly on how he plans to force Mexico to pay for a wall along the U.S.-Mexico border, his signature campaign promise.

On education, he falls short of a call for a reinstatement of corporal punishment, but said says schools need stricter discipline, with trained security officers to enforce the rules.

But Trump also makes no apologies for his often hazy plans.

“A lot of times when I speak, people say I don’t provide specific policies that some pollster has determined what people want to hear. I know that’s not the way the professional politicians do it — they seem to poll and focus-group every word. But there’s nobody like me,” he writes, with dramatic line breaks. “Nobody. I ask people to look at what I’ve done throughout my whole career. Look at how successful I’ve been doing things my way.”

He also works to try to push back on potential weaknesses, providing a list of conservative credentials to present to those who accuse him of being too liberal, and assurances that he is a practicing Christian.