If the Democrats win the state, it will be the result of community organization run on a state-side scale 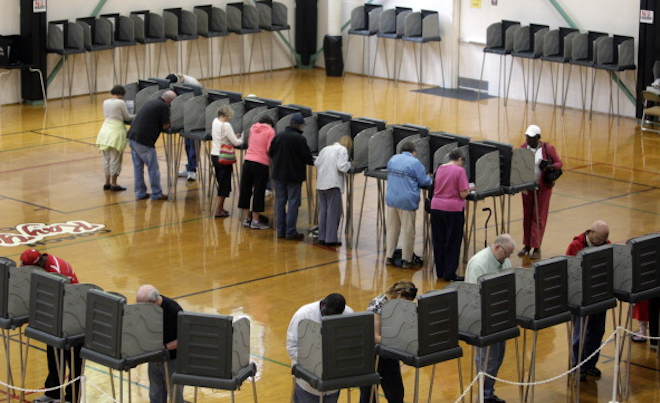 In the increasingly narrow battlefield of American national politics, where voters in solidly red or blue states may never see a presidential contender, North Carolina is one of the swing-state prizes of the 2012 election.

Political gamesmanship has been rife: a couple of weeks ago it was widely reported that the Romney campaign had pulled staffers out of North Carolina, in order to redirect them to other swing states—most likely, Ohio. That turned out to mean approximately one campaign staffer. Next, Democratic strategist Paul Begala said quietly—except nothing is quiet in the age of YouTube, Twitter and Buzzfeed—that Obama HQ had conceded North Carolina. Pundits and pollsters were colouring the state pink. Relax, pack your bags everyone, there’s nothing more to see here, it’s time to head to Ohio.

Meanwhile, the Democrats were staffing 54 field offices and the Republicans 23, in an effort to capture 15 crucial electoral votes in a state Obama won by a mere 14,000 votes in 2008.

Southern states are not supposed to wander out of the Republican fold, but North Carolina has been becoming steadily less Southern in recent years. In 2008 several factors came together to hand it to Obama. The state has seen a steady increase in its Hispanic population and it now ranks 11th in the country in the number of Hispanic residents. Additionally, African-Americans are flocking back. In 1990 the state’s non-Hispanic white population sat at 76 per cent; it has now dropped to 65 per cent. Its economy has also changed significantly. North Carolina’s growing industries are all very modern—biotechnology, pharmaceuticals and telecommunications—centred in the Raleigh-Durham-Chapel Hill area, known as the Research Triangle. The growth in urban populations meant the majority of new voters registered in 2008—54 per cent—were Democratic, compared to 34 per cent independent and 12 per cent Republican. Obama won 64 per cent of the vote in the burgeoning Raleigh/Durham. And he took the majority of voters who were concerned about the economy—which is exactly his problem this time around.

With North Carolina’s unemployment rate almost two points higher than the national rate of 7.8 per cent, Obama’s Organizing For America needed to register 270,000 new voters in the state to even consider being competitive. By all accounts they blew past that number—Obama’s Chicago organizing machine has been extremely effective in registering voters in the Tarheel state.

But the Democrats’ greatest challenge was getting that new support to the polls on election day. Early voter turn out in NC is the highest in the nation. Approximately 2.7 million people had voted by the time the polls closed on Saturday. In early voting President Obama is beating Mitt Romney by an estimated 1,333,353 votes to 1,190,731 votes, a margin of 142,623 votes. As the Daily Kos commented, 80 per cent of Obama’s estimated support comes from “the 43.3% of voters who fall into the categories of Sporadic, Unlikely, and New Registrant Voters.”

They are certainly willing for the most part; as one contacted voter said over the phone: “Oh yes! I been votin’ Democrat since Eisenhower. I’m 84 years old, I lived through the Great Depression, I know what Republican policies stand for.”

Another sure sign that the Obama campaign considered North Carolina still very much in play, is the dispatch of two if its most high profile surrogates. On Sunday Bill Clinton rolled into Raleigh, one of three campaign stops for the day. The First Lady followed him the day after in Charlotte. These campaign events served as elaborate volunteer recruiting drives.

Organizing for America field offices, many of which had smaller satellite locations, launched volunteers across the state, some donating an hour of their time for the first time on election day. They bear clipboards, door hangers, and extensive lists of target names and addresses. Their strategy was hardly secret; locate and target those unlikely and sporadic voters, knock on their doors and then do it again. Obama’s cause was further bolstered by some of the most liberal electoral laws in the country. Right up until the close of polls on the last day of early voting, North Carolinians were able to register and vote on the same day.

In a knife-edge battle, Obama’s cause in North Carolina was bolstered by his vast human resources, a changing electorate and progressive electoral laws to turn out unexpected voters. It would be a particularly sweet triumph for a president derided by his opponents as a mere community organizer—if he takes North Carolina it will be through community organization run on a state-wide scale.