Obama blames Republicans for the rise of Donald Trump 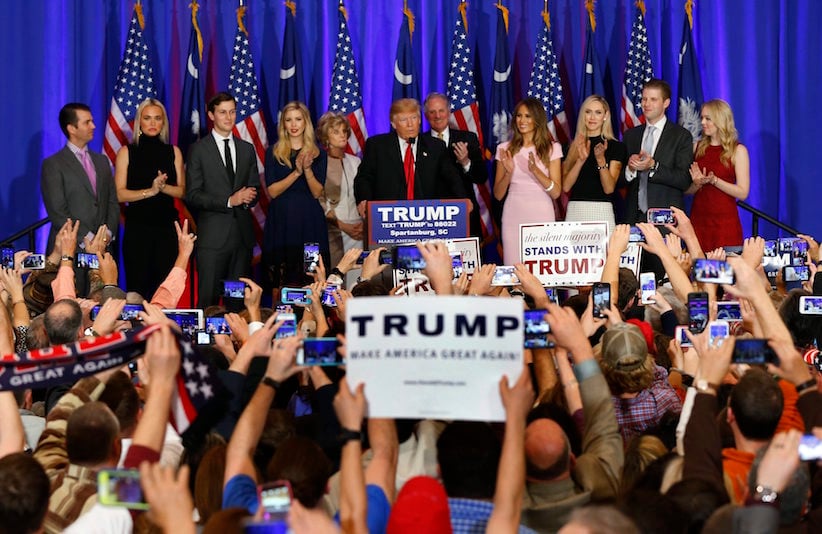 WASHINGTON _ President Barack Obama says years of knee-jerk GOP hostility toward him has fueled Donald Trump’s rise, arguing Thursday that Republicans have no one to blame but themselves.

Trump’s GOP rivals held their final debate before next week’s key primaries wondering if it was already too late to stop him from claiming their party’s nomination.

Relishing the opportunity to ridicule what he called the GOP “circus,” Obama sought to tie Trump to his primary election opponents by claiming they see eye-to-eye on the issues _ even if the flamboyant billionaire puts on a more provocative act. The president said that on immigration and other issues, Trump’s not so different from Texas Sen. Ted Cruz and Florida Sen. Marco Rubio.

“What I’m not going to do is to validate some notion that the Republican crackup that’s been taking place is a consequence of actions that I’ve taken,” Obama said in the Rose Garden, citing conspiracy theories about his birth certificate as Exhibit A. “I don’t remember saying, ‘Hey, why don’t you ask me about that?”’

Obama’s diagnosis of the GOP’s ills came as Trump’s rivals appeared increasingly worried that he had all but locked up the nomination, and that if anyone can stop him, it’s Cruz, a polarizing conservative firebrand. Even Cruz’s pickup of an endorsement from Utah Sen. Mike Lee _ notably the first from any of his Senate colleagues _ underscored just how much he’s disdained within the Republican establishment.

Illustrating the dire straits for the anti-Trump forces was growing speculation that Rubio, once seen as the best chance to stop Trump, may soon bow out of the race _ potentially even before his home state of Florida votes Tuesday.

Given all the pressure, Thursday’s GOP presidential debate was surprisingly free of the personal attacks that characterized previous showdowns, leaving Trump to shake his head and declare at the midpoint, “So far, I can’t believe how civil it’s been up here.”

Obama mused it was “novel” that some Republicans have pointed the finger at him for the deteriorating tone of American politics.

Rather, he said, the Republican establishment had created “an environment where somebody like a Donald Trump can thrive.” GOP leaders have done that, he said, by telling the party for seven years that “everything I do is to be opposed, that co-operation or compromise somehow is a betrayal, that maximalist, absolutist positions on issues are politically advantageous, that there is a ‘them’ out there and an ‘us,’ and ‘them’ are the folks who are causing whatever problems you’re experiencing.”’

The likelihood of a Trump nomination wasn’t rattling Hillary Clinton _ at least not publicly. The Democratic candidate told voters in Tampa, Florida, that the GOP race wasn’t for her to decide, but added that given the things the Republicans have said, “I will take any one of them.”

Clinton expressed outrage at Trump and his campaign after a man was charged with assault for attacking a protester at a Trump rally. Confrontations, sometimes violent, have become common at Trump rallies across the country. The Trump campaign tells supporters to merely drown out protesters by chanting his name, but the candidate often seems to egg his backers on and even has offered to pay their legal bills.

“Count me among those who are truly distraught and even appalled by a lot of what I see going on,” Clinton told MSNBC.

For months now, anti-Trump Republicans have been hoping that a winnowed field would allow a single candidate to emerge as a strong alternative the party could rally behind. In a twist, the playing field has shifted so their best chance for stopping Trump may be if his three remaining rivals all post wins in their strongest states, denying him the 1,237 delegates he needs to clinch the nomination.

Under that scenario, which Republican candidates and their party’s leaders have been reluctant to discuss, the nomination could be wrested from Trump during a brokered national convention in July.

Though the GOP candidates have been eyeing Florida and its 99 delegates for months, none of Trump’s rivals was expected to campaign aggressively in the state the next few days, facing the strong possibility of a Trump romp there Tuesday.

Gov. John Kasich, too, was facing a make-or-break contest Tuesday: this one in his home state of Ohio. Sixty-six delegates are at stake in that contest, which offers Kasich his best opportunity to win his first state and keep his campaign alive.

Yet Trump’s biggest threat remained Cruz, who has secured 359 delegates to Trump’s 458 in the Republican contests held so far. Trump renewed his vigorous criticism of Cruz on Thursday, casting the rival he calls “Lying Ted” as too polarizing to break the Washington gridlock or win a general election.

The coming burst of primary contests also weighs heavily on the Democrats, with Vermont Sen. Bernie Sanders aiming to turn his surprising victory in Michigan into continued longevity for a primary battle that many Democrats had figured was nearing an end. Though Clinton is now halfway to the delegate count needed for nomination, Sanders’ success in Michigan offered a fresh rationale for the self-declared democratic socialist to keep fighting Clinton. 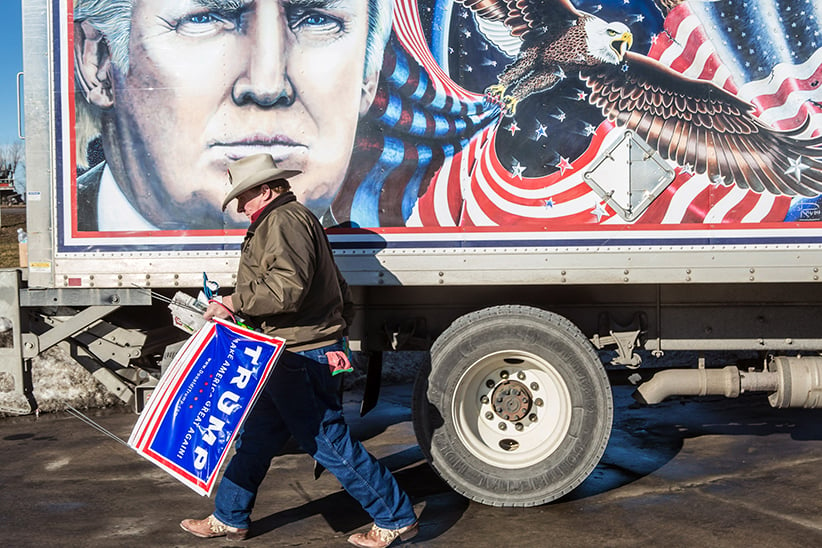