Obama's brand of hope now a plea for unity

Dreamy rhetoric that inspired millions in 2008 turns desperate in 2015 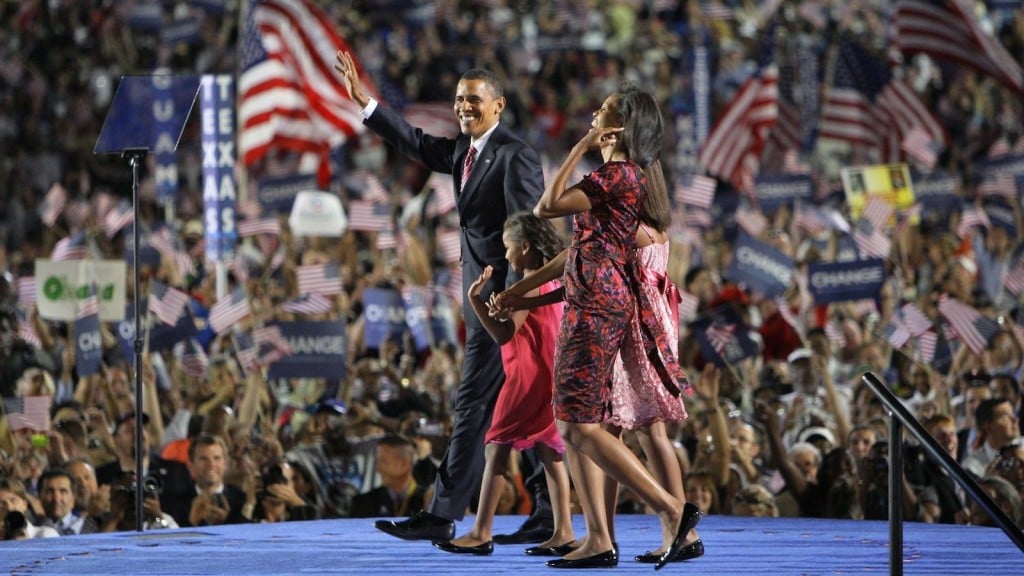 Grant Park was euphoric, for the first and maybe the last time, when a black man became president in 2008. No one in Chicago could believe it, and that collective emotion, peaceful but explosive, could have powered downtown for the night. Ancient history never came so quickly. Anyone walking by the countless huddles of people in that park, mobs who pulsated, almost throbbed, with the mantra of an era—Yes, we can—were fooled for a night. But Barack Obama’s revolution of hope never really left that park—a fate never clearer than when the President delivered his sixth State of the Union address.

When he won for the first time, and had the world’s attention, Obama gave his best answer to anyone who “still questions the power of our democracy.” The president-elect stitched together a nation. “It’s the answer spoken by young and old, rich and poor, Democrat and Republican, black, white, Hispanic, Asian, Native American, gay, straight, disabled and not disabled,” he said. “Americans who sent a message to the world that we have never been just a collection of individuals or a collection of red states and blue states. We are, and always will be, the United States of America.”

A term and a half later, Obama confronted a country that’s endured a destructive recession and a political class that’s fought so many eleventh-hour battles in Washington that even people who make a living watching them surely lost count. He laid bare the failures of his presidency, as diagnosed by the skeptics and critics who detest his every move.

Over the past six years, the pundits have pointed out more than once that my presidency hasn’t delivered on this vision. How ironic, they say, that our politics seems more divided than ever. It’s held up as proof not just of my own flaws—of which there are many—but also as proof that the vision itself is misguided, and naïve, and that there are too many people in this town who actually benefit from partisanship and gridlock for us to ever do anything about it.

In 2008, when Obama was famously, and relentlessly, rejecting any notion of cynicism with that oratorical flair that brought thousands to their feet wherever he went, he had those in Chicago on election night weeping with hope. He urged “those who’ve been told for so long by so many to be cynical and fearful and doubtful about what we can achieve to put their hands on the arc of history and bend it once more toward the hope of a better day.”

A term and a half later, Obama’s still trying to convince those people to believe. “I know how tempting such cynicism may be,” he says in 2015. “But I still think the cynics are wrong.”

Last night, the President reached back to that first election night rhetoric, recalled that broad coalition of hope. “I want future generations to know that we are a people who see our differences as a great gift, that we are a people who value the dignity and worth of every citizen—man and woman, young and old, black and white, Latino and Asian, immigrant and Native American, gay and straight, Americans with mental illness or physical disability,” he said. “I want them to grow up in a country that shows the world what we still know to be true: that we are still more than a collection of red states and blue states; that we are the United States of America.”

Obama must think someone’s not listening, because six years on, he’s added a distinct sense of urgency to his plea for unity.

Somehow, Obama might still want to work with Republicans who’ve made his presidency a living hell. His speech suggests the most basic of building blocks for bipartisanship: agreeing that reduced teen pregnancies and abortions are good steps; sharing a belief that tearing apart immigrant families is no one’s preference. Obama ad-libbed after that pitch on immigration: “I’ve talked to Democrats and Republicans about that,” he said, with not a little fatigue clouding his words. “That’s something that we can share.”

If that’s not the so-called olive branch some pundits expected, voiced almost helplessly to a room packed with political enemies who didn’t win to play nice, then all the world’s olive trees are dead. Unfortunately for the President, his opponents weren’t even listening. Sen. Joni Ernst, the Republican newcomer chosen to respond officially to Obama’s speech, decided to not respond to the speech. She instead presented a plan to govern from Congress and, as so many have pledged before her, fix Washington once and for all.

Ernst saw some common ground with the President. On expanding trade and reducing tax loopholes, she sounded almost conciliatory. “The President has already expressed some support for these kinds of ideas,” she said. “We’re calling on him now to co-operate to pass them.”

Bipartisanship truly isn’t dead. The nation’s capital can work together to close a few tax loopholes. That’s not nothing. Six years on, those thousands of frenetic hope-seekers in Grant Park will take what they can get.

FILED UNDER: State of the Union 2015 U.S. President Barack Obama