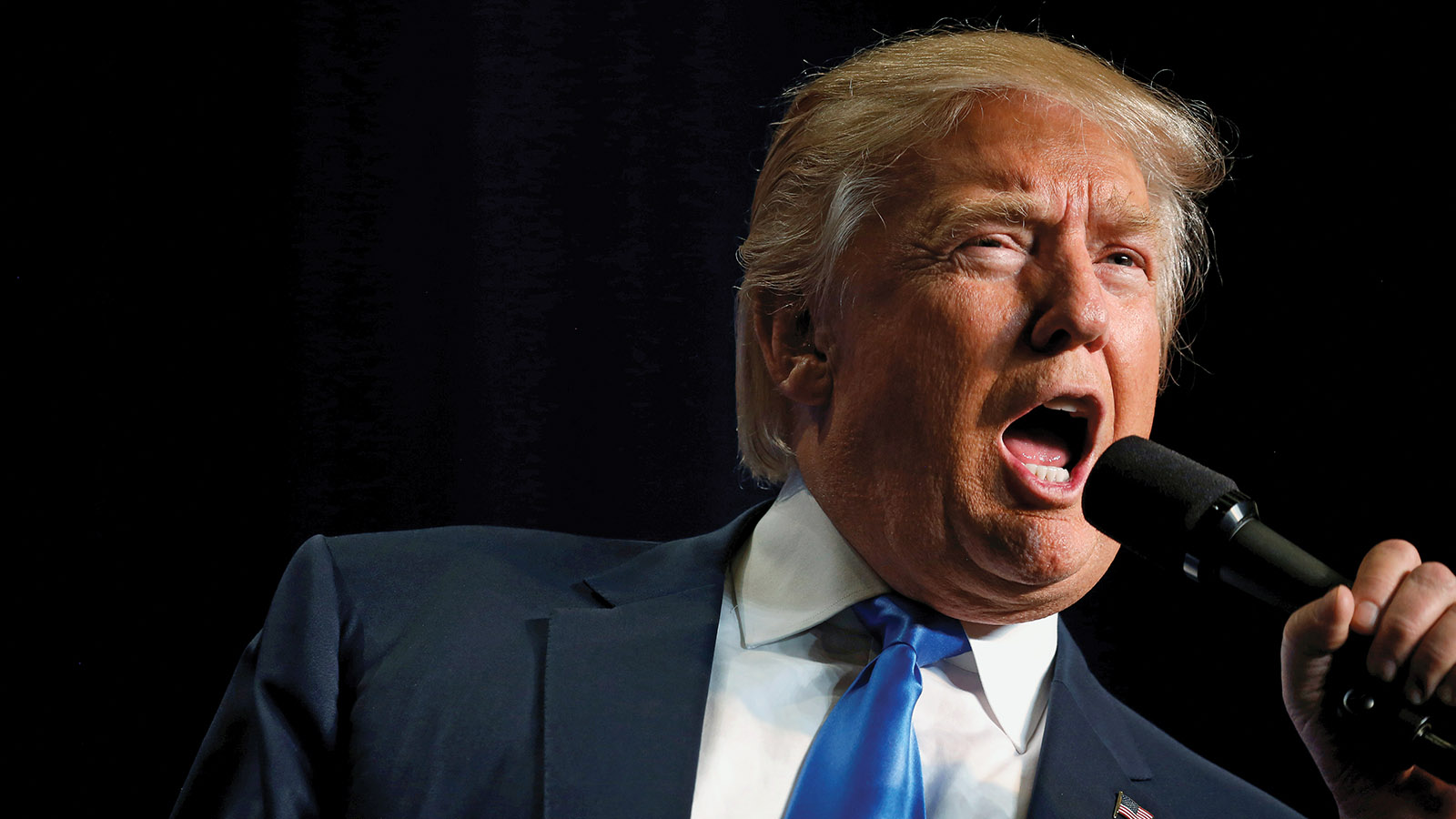 The official spoke on the condition of anonymity because the official was not allowed to publicly discuss the matter.

The briefing about the document was first reported by CNN. A summary of the allegations was separate from a classified assessment of Russia’s attempts to meddle in the U.S. presidential election. Trump and President Barack Obama were briefed on the intelligence community’s findings last week.

Trump was expected to hold a previously scheduled news conference Wednesday to discuss his future plans regarding his role with the Trump Organization.

The unsubstantiated dossier on Trump was compiled by a former Western intelligence operative as part of an opposition research project originally financed by a Republican client who opposed Trump, and later funded by Democrats, according to Mother Jones, which published an article about the report in October and said the operative had turned over the report to the FBI. The New York Times reported the operative had previously worked for British intelligence. The Associated Press has not been able to substantiate the information in the dossier, which misspelled the name of Russia’s largest bank.

It’s unclear why the intelligence officials decided to brief the president and Trump on the uncorroborated information at this time, but lawmakers and others have repeatedly noted that Russia collects intelligence on both Democrats and Republicans.

“The Russians also hacked systems associated with the Republicans. They just chose not to release that material yet,” Sen. Mark Warner of Virginia, the ranking Democrat on the Senate intelligence committee, said Tuesday. “There’s nothing that prevents them from doing so at a time of their choosing in the future.”

Trump adviser Kellyanne Conway said in an interview Tuesday on NBC’s Late Night with Seth Meyers that “nobody has sourced it. They’re all unnamed, unspoken sources in the story.” She said it may have originated with a Russian investigator or groups that wanted Hillary Clinton to win the White House.

The report had been circulating in Washington for months. In October, former Senate Minority Leader Harry Reid wrote the FBI asking the bureau to publicly disclose what it knew about the Trump campaign’s ties to Russia. Reid was aware of the dossier before he wrote the letter, according to a person knowledgeable about the subject who spoke on condition of anonymity because this person was not authorized to speak publicly about the matter.

FBI Director James Comey refused earlier Tuesday to say whether the FBI was investigating any possible ties between Russia and Trump’s presidential campaign, citing policy not to comment on what the FBI might or might not be doing.

Comey was pressed by Democrats on the committee about whether the FBI was conducting an investigation. There was no mention during the hearing about the summary of the dossier, which was attached to the classified hacking assessment.

“I would never comment on investigations—whether we have one or not—in an open forum like this so I can’t answer one way or another,” Comey told the panel during his first public appearance before Congress since the election. In late October, Comey angered Democrats when he announced 11 days before the election that the FBI was looking at more emails as part of its investigation of Hillary Clinton.

Oregon Democratic Sen. Ron Wyden said the American people had a right to know about whether there is an FBI investigation into the Trump campaign’s ties with Russia.

An active FBI investigation of the next president for ties between his campaign and a nation accused of meddling in the presidential election could further stoke mistrust in the legitimacy of the democratic process. It could also put Trump’s own FBI in the awkward position of examining the conduct of those closest to the commander-in-chief.

The FBI was among three U.S. intelligence agencies that collaborated on last week’s report on Russia’s election activity. It tied Russian President Vladimir Putin to the hacking of email accounts of the Democratic National Committee and individual Democrats like Clinton’s campaign chairman, John Podesta. It said there was no evidence the Russians tampered with vote tallies; the agencies said they couldn’t assess if Russia succeeded in influencing Americans to vote for Trump.

Sen. Marco Rubio, R-Fla., who opposed Trump in the GOP primary, said Russia’s activity wasn’t guided by its support for Trump, but rather “to influence and to potentially manipulate American public opinion for the purpose of discrediting individual political figures, sowing chaos and division in our politics, sowing doubts about the legitimacy of our elections.”

Democrats at the committee hearing focused their toughest questions on Comey, who was widely criticized for breaking FBI policy in his decision to notify Congress about additional information that came up related to Clinton. He is in the fourth year of a 10-year term, meaning he is expected to stay on in the Trump administration.

Sen. Kamala Harris, D-Calif., said Comey set a new standard by discussing the bureau’s activity related to Clinton’s private email server. That standard, she said, is the FBI discusses ongoing investigations when there is a “unique public interest in the transparency of that issue.”

The intelligence agencies’ findings on Russian hacking fit that standard, she argued.

“I’m not sure I can think of an issue of more serious public interest than this one,” Harris said. “This committee needs to understand what the FBI does and does not know about campaign communications with Russia.”