On domestic attacks as a new fixture of American life

Making no promises, second-term president struggles for solution on violence 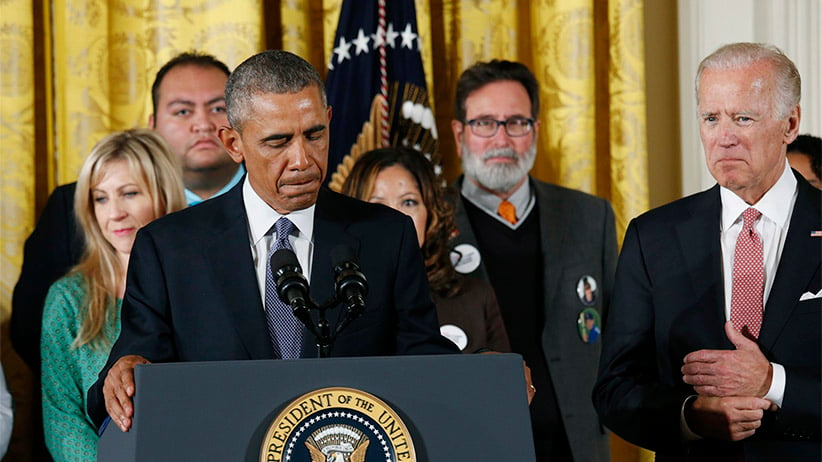 WASHINGTON — Was it homegrown terrorism, bigotry or random gun violence?

Americans searching for answers after the Orlando shootings are finding no easy solutions from President Barack Obama, who is conceding that a deadly mix of extremism and easy gun access have made future tragedies almost a foregone conclusion.

In the days after the deadliest shooting in modern U.S. history, Obama has offered no simple prescriptions or promises for new action — even as the candidates vying for his job put forward aggressive plans of their own. Instead, the president has suggested the root causes behind a “disturbed” man’s actions are difficult to determine and may be less important than a sort of “soul searching” about what to do about it.

“We know that at some point there are going to be, out of 300 million, there are going to be some individuals who find for whatever reason that kind of horrible propaganda enticing,” Obama said Monday. “And if that happens, and that person can get a weapon, that’s a problem.”

The comments were Obama’s most direct acknowledgment yet that the attacks like the one in Orlando may be a new fixture of American life — the sort of observation that could only be delivered by a second-term president with seven months left in office. Obama’s two-prong message, delivered with weary resignation to reporters, was unlikely to quell the fears of those hoping such attacks will never happen again.

But the president has seemed to embrace his end-of-term role. He’s also mindful that his administration has overseen the dawn of a new era of domestic attacks and it is incumbent to try to explain the forces at play.

The White House began pointing in various directions on Monday, defending the administration at each turn while announcing Obama would travel to Orlando on Thursday to “stand in solidarity with the community.”

There appeared to be no missteps at the FBI, which had interviewed presumed shooter Omar Mateen in the past, Obama said. Although Mateen wasn’t on any watch list at the time, Obama blasted as “crazy” a system in which law enforcement officials weren’t alerted when he purchased the assault rifle and handgun used in the attack.

White House spokesman Josh Earnest revived the White House’s oft-repeated critique of Republicans for blocking “common-sense” gun legislation. Though he declared the president was not resigned to accept the outbreak of mass violence as normal and described considerable “presidential frustration,” he did not outline any new push for gun control measures.

The Orlando attack comes as the White House had begun touting new progress against the Islamic State group, one of the groups that Mateen claimed to follow as he carried out the attack.

Last week, the U.S. envoy to the anti-IS coalition argued that the group’s morale was “plummeting” and its funding and recruiting were drying up. Brett McGurk said that IS had lost half its territory in Iraq and that the U.S. and its partners were killing an IS leader about every three days.

Obama had planned to echo that message publicly following a National Security Council meeting on Tuesday that will now take on a much less sanguine tone.

The juxtaposition has illustrated that “going after terrorists over there,” as Obama put it last year, has not seemed to lessen the risk of terrorism at home. That’s especially true when it comes to so-called “homegrown extremism” or “lone wolves” — phrases used to describe instances where individuals in the U.S., inspired by groups like IS, take it upon themselves to plan and execute deadly attacks at home.

“It is a perverse reaction to the success that we are having on the geographic battlefield,” said Wendy Sherman, Obama’s former undersecretary of state. “As a result, ISIS is looking to show that it still is powerful, and one of the ways it does that is to claim ‘lone wolf,’ because they don’t have to come to Syria or Iraq or Libya.”

Obama has long conceded that there’s no surefire way to detect those attacks in advance, tacitly putting Americans on notice that some level of violence is inevitable. The FBI said last month it was monitoring more than 1,000 people who are potentially at risk for radicalization and violence.

Though the U.S. has made countering extremist ideologies — especially online — a key component of its anti-IS strategy, the effectiveness of those efforts is called into doubt by continued attacks by people found later to have been inspired by IS from thousands of miles away.

“It is, that if we have self-radicalized individuals in this country, then they are going to be very difficult oftentimes to find ahead of time,” Obama said.