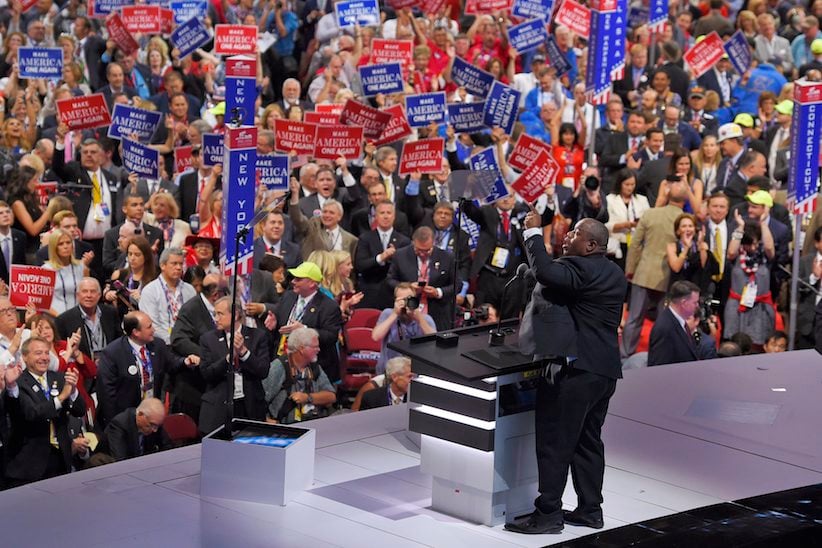 CLEVELAND — Chants of “All Lives Matter!” filled the arena at the Republican National Convention Thursday — a not-so-subtle jab at the Black Lives Matter movement that calls attention to police violence against African-Americans.

Leading the chant was a pastor from South Carolina — Mark Burns, who is black. He said Donald Trump won’t “pander” to one race.

“I want to declare to the whole world and to the Republican Party that under a Donald Trump administration, all lives matter,” Burns said. “That means black lives, white lives, Hispanic lives, Asian lives, Christian lives, Muslim lives. Shout with me! All lives matter!”

Burns also called on the GOP to listen to the problems of people in disenfranchised communities in the country. He said that more than anything, they want jobs. 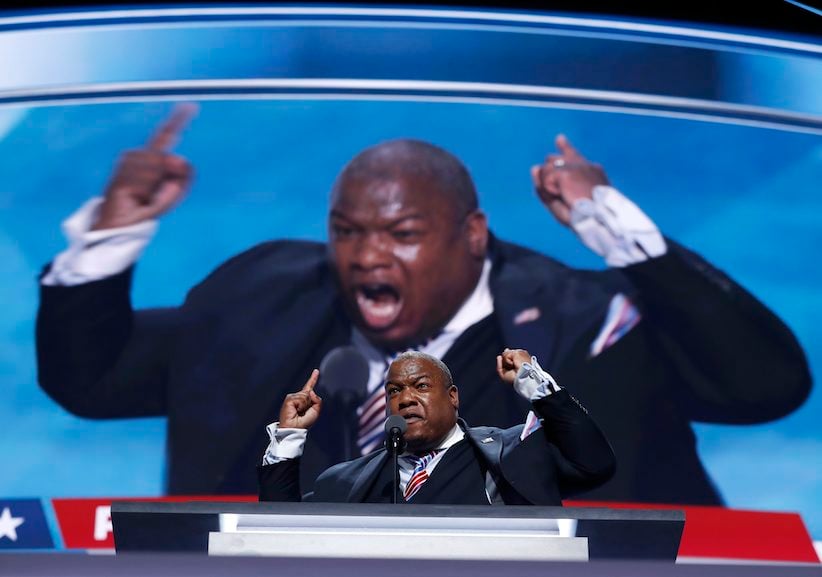 The “All Lives Matter” chant is often used by conservatives to counter the Black Lives Matter movement, which was started after a spate of incidents in which police officers shot and killed unarmed African-Americans.

There are few signs of sympathy for African-American victims of police shootings inside Trump’s presidential nominating convention.

A speaking lineup arranged by Trump’s campaign, facing an overwhelmingly white audience in a majority-black city, has repeatedly belittled the black community’s frustration. There have been almost no references to black victims of police brutality.