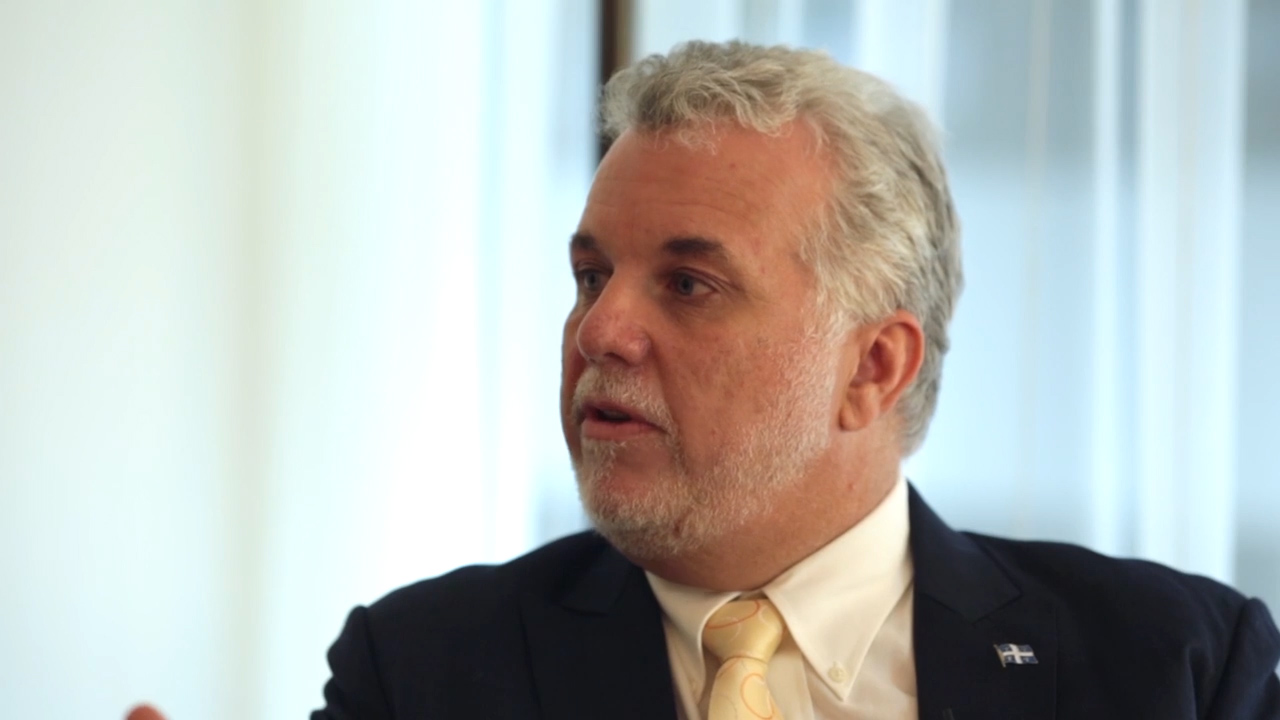 Couillard made the comments during a trip to Iceland only hours after Lisee, 58, was elected PQ leader on Friday.

He said Lisee’s campaign statements regarding limiting immigration made it clear he advocated for a “closed nationalism” that has some ideological parallels to European right-wing populist parties.

Lisee, a one-time adviser to former premiers Jacques Parizeau and Lucien Bouchard, ran a campaign focused on immigration and identity issues that raised the ire of opponents and younger voters who saw him playing on fears and divisions in society.

Lisee argued immigration has not been a great benefit to Quebec and that the province must reduce the number of immigrants it accepts every year in order to better integrate them.

On Saturday, Couillard said the PQ seemed to be moving closer to “a kind of nationalism of the besieged, nationalism of the fearful, of people who don’t want to deal with diversity, who prefer Quebec remains folded in on itself. That’s what we see elsewhere in world.”

When questioned, he would not say which European parties he was referring to specifically.

“It’s panic on the part of the premier on the first day Jean-Francois Lisee arrives,” he said, adding the premier should apologize.

Lisee, a member of the legislature since 2012 and international relations minister between 2012 and 2014, won more than 50 per cent of support on the second round of voting.

According to one political analyst, Lisee’s campaign promise to not hold a referendum in his first mandate if he is elected premier could benefit his party in the short term.

Universite de Sherbrooke professor Jean-Herman Guay said Lisee’s opponents would not be able to cite the threat of a referendum as a reason not to vote for the Parti Quebecois in the next provincial election, set for the fall of 2018.

“That has just changed the political landscape completely,” Guay said.

The 2018 election date means there would be no referendum before 2022, if Lisee is elected premier and keeps his promise.