Pollsters add up their misses in 2016 U.S. election

Many observers assumed that since Trump had never held a lead, he wouldn't get the benefit of the doubt from voters 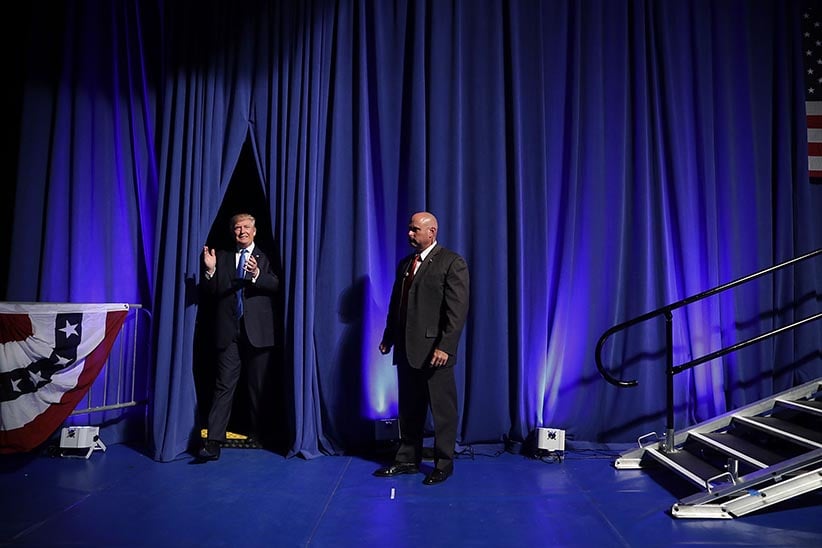 WASHINGTON — Donald Trump’s victory came as a surprise to many Americans, the nation’s pollsters most of all.

Heading into Election Day, most national surveys overstated what will likely be a narrow popular vote advantage for Hillary Clinton and led many to believe she was a shoo-in to win the Electoral College.

“The polls clearly got it wrong this time,” the American Association for Public Opinion Research said Wednesday in a statement. The association traditionally assesses the state of public polling after each election cycle, and already has a committee in place to do so again this year.

“I think it was an important polling miss. It would really be glossing over it to say that it was a typical year,” said Courtney Kennedy, director of survey research at the Pew Research Center.

For now, it’s impossible to know for certain what exactly went wrong for pollsters this year — and, as votes are still being counted, exactly how far off they were. Some factors pollsters will examine:

HOW BIG A MISS?

Although most polls throughout the 2016 campaign showed Clinton running ahead of Trump, in the final two weeks of the campaign her advantage narrowed in many national surveys, as well as in states such as Pennsylvania and Michigan. Her apparent lead fell within many surveys’ margins of sampling error.

Kennedy said pollsters may ultimately not have had a historically large miss on the national popular vote, but thinks there was a systematic overrepresentation of Clinton’s support and underrepresentation for Trump’s.

She says people sometimes expect too much of election polls, which “are not designed to provide extremely accurate results.”

Lee Miringoff, director of the Marist College Institute for Public Opinion, says that averages of publicly available polls sometimes give a false sense of certainty in a candidate’s lead.

“You’re taking imprecise estimates and throwing them all together with the hope of eliminating error,” he says.

Trump’s campaign frequently pointed to the possibility that public polls were missing some of his base of support, and some pollsters say that might have played a role in the polling miss.

“One of the biggest problems that polls face nowadays is that people don’t want to participate in them at all,” said Patrick Murray, director of the Monmouth University Polling Institute. He plans to use voter data to find out if certain types of people were less likely to participate in his surveys.

At Pew, Kennedy said it appears that there was a segment of Trump’s support base that was not responding to polls, which she called “fundamentally a difficult challenge to fight.” But, she said, it’s unlikely voters were lying about their support.

Harold Clarke, a political scientist at the University of Texas at Dallas who regularly conducts polling, said one of the shortfalls in the presidential prediction was a problem that has plagued survey science for decades.

“We’ve got to filter our surveys as we try to pick out those people that are really going to vote,” he said. “We all have the problem of not getting likely voters right.”

Murray said pollsters are using likely voter models that might have worked in the past, but may no longer. He suggested that public pollsters should take a lesson from campaigns and consider putting out a range of numbers reflecting different turnout scenarios instead of a single number that suggests too much certainty in where the horse race stands.

Republican pollster Whit Ayres suggests that many observers — himself included — assumed that since Trump had never held a lead, he wouldn’t get the benefit of the doubt from voters in the end. But he says that in races where an incumbent is stuck below 50 per cent in the polls, late deciders often break toward the challenger.

“There were a number of us who should have raised that possibility before the election,” Ayres said. “If you think about it, Hillary Clinton is about as close as you can get to an incumbent.”

Nationally and in key states such as Wisconsin and Pennsylvania, Trump prevailed among voters who said they decided which candidate to support in the last week before voting, according to exit polls conducted for The Associated Press and television networks by Edison Research.

In retrospect, Republican pollster Ed Goeas says that he saw a sign he now believes was a clue of Trump’s advantage. In his national polling, he saw an 8 percentage point edge for Trump in voter intensity and enthusiasm among his supporters.

“But the assumption on our part was that Clinton’s ground game would overcome or neutralize that intensity,” Goeas said. “It just didn’t.”

In several key states, including Wisconsin and Pennsylvania, there were few polls conducted in the final week before the election.

“In some of those unexpected states in the Rust Belt — Michigan, Minnesota and Wisconsin — you didn’t see some of the more rigorous polls being conducted,” said Kennedy.

Goeas confesses to failing to see some late movements, in part because his polling ended four days before the election.

“So basically we were looking at numbers thinking where he might end up,” Goeas said of Trump’s chances in Wisconsin, where he believed the Republican would benefit from Republican Sen. Ron Johnson’s get-out-the-vote operation. “Did we have any comfort he would do it? No.”

“It would have been nice to have a couple more Michigan and Wisconsin polls to adjust that perception” that Clinton was leading, Miringoff said. “The campaigns don’t stop because the pollsters do their final poll.”