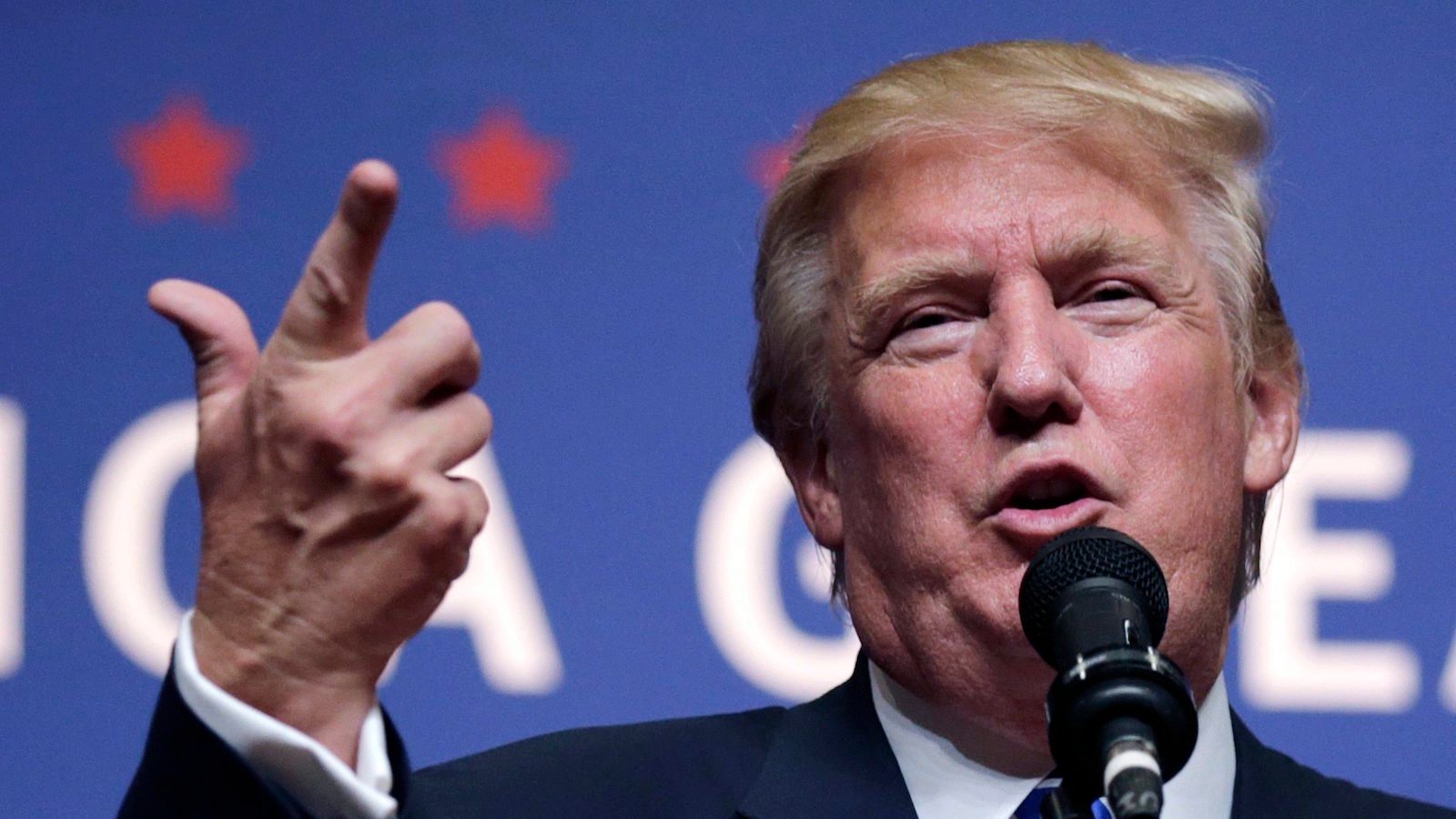 WASHINGTON — Republican presidential candidates on Friday swiftly condemned Donald Trump’s call for requiring Muslims in the United States to register in a national database, drawing a sharp distinction with the GOP front-runner.

Former Florida Gov. Jeb Bush called Trump’s proposal “abhorrent.” Ohio Gov. John Kasich said Trump was trying to “divide people.” And Texas Sen. Ted Cruz, who has largely avoided criticizing Trump throughout the 2016 campaign, said that while he was a fan of the billionaire businessman, “I’m not a fan of government registries of American citizens.”

“The First Amendment protects religious liberty and I’ve spent the past several decades defending the religious liberty of every American,” Cruz told reporters before a town hall-style event in Sioux City, Iowa.

The rebuke followed Trump’s call Thursday for a mandatory database to track Muslims in the U.S. In a video posted on MSNBC.com, Trump was asked whether Muslims would be required to register. He replied, “They have to be.”

He said Muslims would be signed up at “different places” and said the program would be “all about management.”

The comments follow the terror attacks in Paris that killed 130 people and wounded hundreds more. The Islamic State group has claimed responsibility for the carnage, elevating fears of attacks in the U.S. and prompting calls for new restrictions on refugees fleeing war-torn Syria.

“This is shocking rhetoric,” she wrote. “It should be denounced by all seeking to lead this country.”

Several did just that.

A spokesman for Sen. Rand Paul, R-Ky., said the candidate “does not support databases based on one’s religion.”

Kasich, the Ohio governor, said requiring people to register with the federal government because of their religion “strikes against all that we have believed in our nation’s history.” Kasich has faced criticism following the Paris shooting for saying he would set up an agency with a “mandate” to promote what he calls “Judeo-Christian values” overseas to counter Islamist propaganda.

The campaign trail comments come amid a debate on Capitol Hill about refugees from the Middle East. The House passed legislation Thursday essentially barring Syrian and Iraqi refugees from the United States. Senate Majority Leader Mitch McConnell, R-Ky., has slotted the bill for possible Senate consideration, though it’s unclear whether the chamber could get enough votes to override a veto by Obama, who opposes the measure.

The unified pushback against Trump was rare. Republicans have vacillated in their handling of other inflammatory comments from the bellicose billionaire, wary of alienating the front-runner’s supporters but also increasingly concerned that he’s managed to maintain his grip on the GOP race deep into the fall.

Legal experts quickly weighed in to outline the unconstitutionality of Trump’s proposal.

“Individuals cannot be singled out for government surveillance and monitoring based on their religious beliefs,” said Steven Shapiro, the legal director of the American Civil Liberties Union.

Marci Hamilton, a Yeshiva University legal expert on religious liberty, said requiring Muslims to register appears to be a clear violation of the Constitution’s protection of religious freedom.

“What the First Amendment does and what it should do is drive the government to use neutral criteria,” Hamilton said. “You can use neutral criteria to identify terrorists. What it can’t do is engage in one-religion bashing. That won’t fly in any court.”

Ben Carson, the retired neurosurgeon who has challenged Trump’s standing atop the GOP field, raised eyebrows Thursday when he compared blocking potential terrorists posing as Syrian refugees from entering the U.S. to handling a rabid dog.

“If there’s a rabid dog running around in your neighbourhood, you’re probably not going to assume something good about that dog,” Carson told reporters at a campaign stop in Alabama. “It doesn’t mean you hate all dogs, but you’re putting your intellect into motion.”

The Council on American-Islamic Relations condemned both Trump and Carson’s comments as “Islamophobic and unconstitutional.”

“Donald Trump and Ben Carson are contributing to an already toxic environment that may be difficult to correct once their political ambitions have been satisfied,” CAIR’s Robert McCaw said in a statement.

A super PAC supporting Kasich had started running a television advertisement in New Hampshire questioning Trump and Carson’s preparedness for being commander in chief. The ad opens with pictures of Trump, Carson and President Barack Obama as a narrator says, “Job training for president does not work.” The ad then pivots to a review of the national security issues facing the country and argues Kasich is the only candidate with a plan to defeat the Islamic State.

The first reference to a database for Muslims came in Trump’s interview with Yahoo News published earlier Thursday in which the billionaire real estate mogul did not reject the idea of requiring Muslims to register in a database or giving them special identification cards noting their religion.

“We’re going to have to look at a lot of things very closely,” Trump told Yahoo News.

He also suggested he would consider warrantless searches, according to Yahoo, saying, “We’re going to have to do things that we never did before.”

Asked by reporters Thursday night to explain his Yahoo comments, Trump suggested his response had been misconstrued. “I never responded to that question,” he said.