The real reasons that celebrity politicians, who are all style and no policy, are grabbing the public's attention 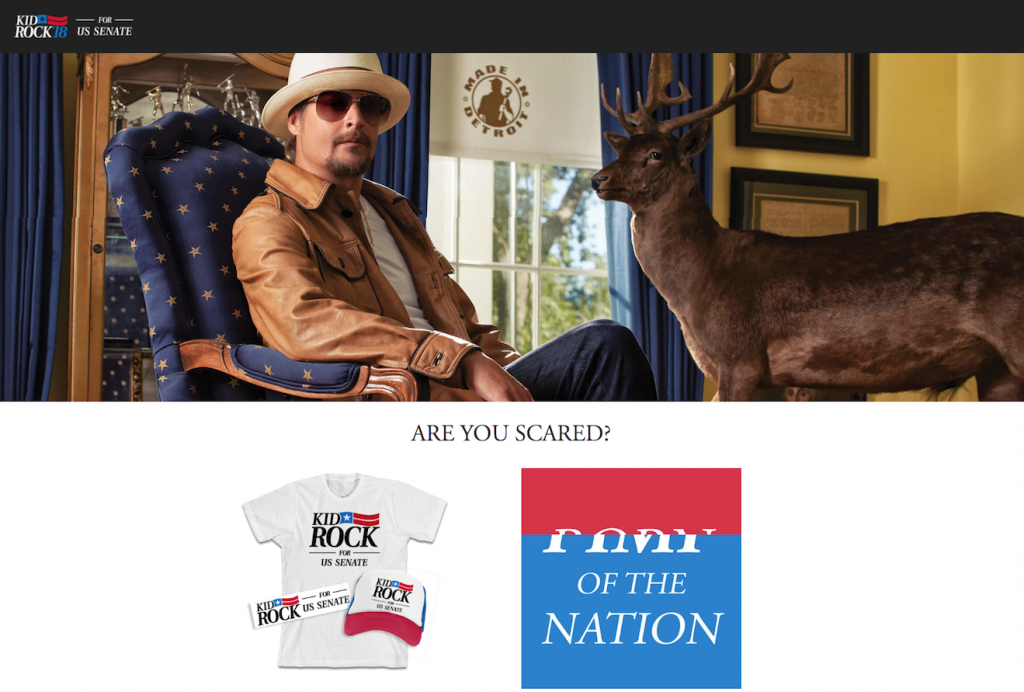 These are strange days. I know this is obvious, but nonetheless, it bears repeating. To properly appreciate how weird things have become, you have to imagine your 1997 self being suddenly teleported to the present. There’s a second Trudeau in office. Notorious Page Six regular Donald Trump is President of the United States. Arena rocker Kid Rock is planning to run for the Senate. Olympian Bruce Jenner is now Caitlyn, and is also throwing her hat in the ring. As is professional wrestling star Dwayne “The Rock” Johnson. It’s a fever dream.

I’m not sure if politics and celebrity have been as intertwined as they are right now. In the past, you could count on politicians being lawyers, and celebrities merely grandstanding at protests. The exceptions were notable because they were so odd. Even after two terms as the governor of California, people were still hung up on the fact Ronald Reagan was once an actor. Clint Eastwood’s two years as mayor of Carmel, Calif., provided four years of punch lines. Now, though, news that Rock, Jenner, and Johnson are running for office will last half a news cycle. And most of us, when we heard it, shrugged and said “Sure. Why not?”

The obvious explanation is that once Donald Trump became president, all the old rules became irrelevant. And this is true. Every week Trump proves the norms we once thought inviolable only existed because past Presidents chose to respect them. But I would argue there are three other reasons to explain the rise of celebrity politicians which are less obvious than blaming Trump, and more significant.

First among these is that the business of politics, like everything else in the 21st century, has become incredibly complex. Sophisticated, interconnected and sprawling economies require massive, technical bills that are not even read by the legislators who table them. While everyone in the United States has a loud opinion about health insurance, less than 1 per cent of the population can grasp even the most basic details. (In fact, a third of Americans don’t even know that Obamacare and the Affordable Care Act are the same thing.) As governance becomes more complicated, the public becomes less engaged. As a result, competing on policy ideas becomes less important. Hillary Clinton, for example, was even criticized during the election for having too many policy ideas.

Second, while the difference between parties has never seemed more obvious, the difference between governments has paradoxically become less distinct. In spite of the bellowing rhetoric coming from both sides, Republican and Democratic White Houses have run remarkably similar agendas on major issues like taxes, trade, foreign relations or defence spending. Obama railed against Guantanamo Bay, but he never closed the prison. And Trump may have promised to repeal and replace Obamacare, or to build a wall, but all of that now seems very unlikely. More than ever, your average voter, watching from a distance, can be forgiven for thinking “They’re all the same”.

READ MORE: Trump’s trip to Hamburg taught the world that the U.S. no longer matters

Finally, political communications have changed dramatically over the last decade. In the 20th century, politicians were mostly translated by intermediators in the press. Americans relied on pundits and anchormen to tell them what was going on in the White House or in Congress. Now, with social media, politicians are able to reach out directly and instantaneously to the voters. And when they do, they are unhindered by any assumed obligation to add nuance or context. Candidates know that short declarative statements in ALL CAPS gets more attention than anything that attempts subtlety or balance.

As policy becomes less relevant to voters, style trumps substance. Imagine Kid Rock debating tax reform with Bernie Sanders’ by free-styling and mic dropping. As voters see fewer differences in how one party governs over another, then the act of making the right choice for who goes to Washington becomes more trivial. So you might as well make it someone who can make you laugh. Picture “The Rock” answering a reporter’s question by flexing his biceps and arching his eyebrow. And if politicians can now communicate directly to the public, the entertainer will always attract far more attention than the wonk.

Donald Trump has benefited from all of these changes. He is style over substance, a performer who can grab the spotlight and hold it. He is a product of this age, not its cause. You can blame him for many things, but Senator Jenner will not be his fault.