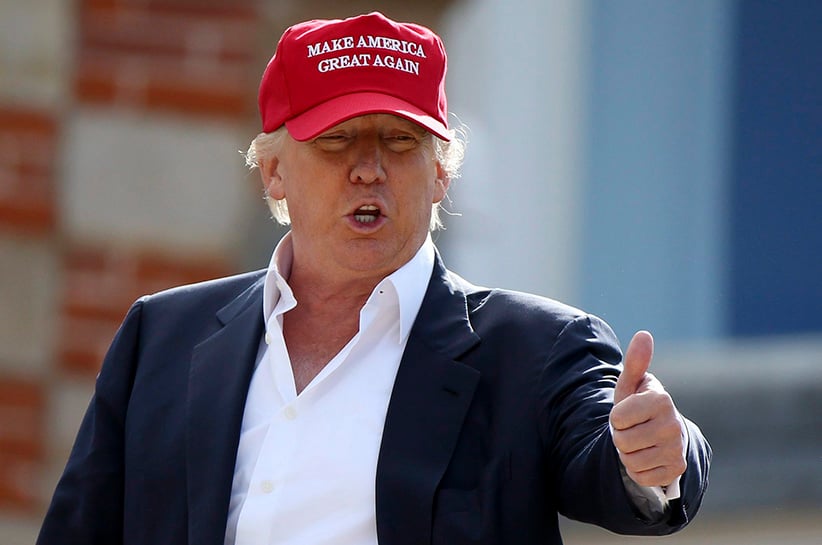 Donald Trump’s dumbfounding drive to the Republican nomination is now officially under way with the Iowa caucuses. Yet the tangerine-hued billionaire continues to run a decidedly Do-It-Yourself style campaign. His latest finance report, filed this past weekend with the U.S. Federal Election Commission, shows that Trump raised $13.6 million between the beginning of October and end of December. But almost all of it—$10.8 million—came from loans he made to himself. Buoyed by all the free media attention, his campaign spent just $6.86 million over the last quarter, including almost $2 million on consultants, and $897,000 on travel. Here are seven odd, noteworthy and surprising things that can be gleaned from his 1,662-page disclosure.

1. Fundraising. Trump’s website makes it easy to give a man who claims to be worth $10 billion a donation via a few clicks and a credit card. But his filing claims the campaign spent nothing on fundraising over the final three months of 2015. The $2.6 million that Trump did take in from the public lagged far behind the $22.6 million raised by Ben Carson, $20.5 million given to Ted Cruz, and $7.1 million thrown away on Jeb Bush over the same period. And 74.7 per cent of it—$1.98 million—came from the sale of Trump-themed merchandise.

2. The donors. Old people appear to love what Trump is selling, with the No. 1 occupation listed by his donors being “retiree.” The second-largest category is “self-employed.” Trump also attracts a large number of real estate professionals and tradespeople. There are a few outliers, like a yacht salesman from Maryland, who gave $250, or the high-voltage lineman from Arizona who has given a total of $1,250. There’s also a Missouri catfish farmer, the owner of a Texas funeral home, and the news director of an ABC affiliate in Albuquerque, N.M. The winner, however, is the woman from Houston who lists her occupation as “divorcee.” 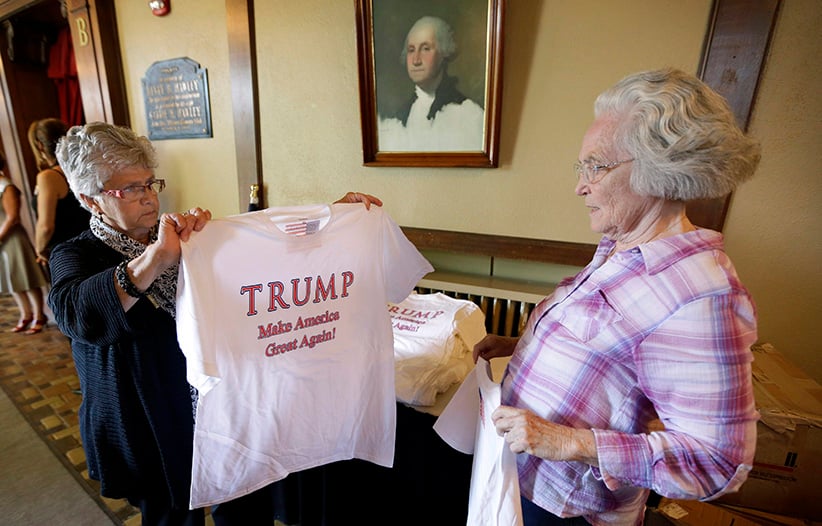 3. The names. There are around a half-dozen people who gave Trump the maximum allowable donation of $2,700 in the last quarter, and you have never heard of any of them. But Roxanne Pulitzer will sound the trumpet for people of a certain age. The Palm Beach socialite, who gave Trump $1,000, was dragged through one of history’s messiest divorces in 1983, and later found more infamy as a tell-all author and Playboy cover girl. There’s also a $230.35 contribution (likely a merchandise purchase) from a Cambridge, Mass., man who shares the exact same name as the late Gabonese dictator Omar Bongo Ondimba. The kleptocrat was reported to own 33 luxury properties in France alone, along with a fleet of limos, at the time of his 2009 passing. His son, Ali—one of the more than 30 children he left behind—is now Gabon’s president. There was also a boy named Omar, who would now be of university age. The address listed with the donation is right off Harvard Square.

4. Trading with the enemy. Keeping up with all the people in the Donald’s bad books must be next to impossible. Although, he surely won’t be pleased to learn that his campaign staff purchased so many office supplies from Amazon. In early December, Trump took to Twitter to rant about the unfairness of the Washington Post and its owner Jeff Bezos, who made all his billions via Amazon. Bezos responded by offering to blast Trump into space on his reusable Blue Origin rocket.

5. Selling hats and hatred. Trump’s website offers a lot of trinkets for sale, from $5 bumper stickers, to rally signs (2 for $10) to $15 dog sweaters and even $50 hoodies. But its most popular offering remains the “Make America Great Again” ballcaps. In October and November, the Trump campaign paid its Los Angeles-area supplier, Cali-Fame, a total of $378,000. Oddly, about 80 per cent of the people who toil in the factory making the hats are Latino, and many hail from Mexico, the country Trump wants to wall off.

6. You don’t want to work for Trump. Over the last quarter, the billionaire spent $826,000 on travel aboard his fleet of luxury aircraft, including a Boeing 757 and Cessna Citation X. But those who precede him out in the field appear to be on very tight budgets. The campaign disclosure is filled with bills from discount airlines like JetBlue and Southwest, and well as accommodation charges from bargain websites like Airbnb, Expedia and Hotels.com. Meal expenses from operatives are even more depressing: $10.37 from a Chick-Fil-A in Austin, Tex., $10.46 at the Dunkin’ Donuts in Manchester, N.H., and six separate claims from the McDonald’s in Burlington, Iowa.

7. It’s hard to be consistent. Last June, Trump kicked off his campaign with a blistering attack on Mexican migrants, suggesting many are criminals and rapists. Then he clarified with a statement likening them to an “infectious disease.” He and his campaign staffers still like the food, however. In September and October, there were charges for four different “meetings” at Gina Mexicana, an eatery and tequila bar, on 61st Street in New York City. There was also a $233.80 meeting on Oct. 19 at Iguana on W. 54th, which bills itself as “the most spectacular Mexican restaurant in New York.” It has three floors of dining and dancing and is famed for its 26 flavours of margaritas and mojitos.