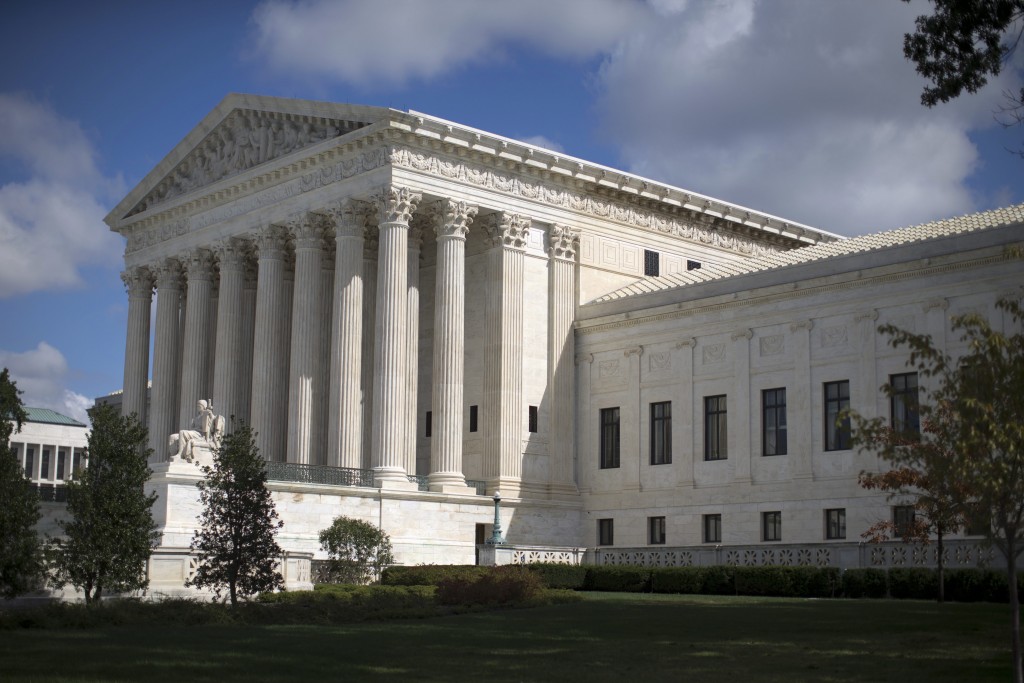 In this Oct. 5, 2015 file photo, the Supreme Court is seen in Washington. (AP Photo/Carolyn Kaster, File)

WASHINGTON—An Alabama death row inmate may be alive today because a transgender Virginia high school student was denied the use of the bathroom of his choice this year.

The two seemingly unrelated cases have one thing in common: In each, a Supreme Court justice switched sides to provide a needed fifth vote to preserve the status quo.

In August, Justice Stephen Breyer broke with liberal colleagues to provide the requisite fifth vote against high school senior Gavin Grimm in what he called “a courtesy” to four conservative justices. Late Thursday, conservative Chief Justice John Roberts did a similar favour, switching sides to stay the execution of inmate Tommy Arthur, convicted in the 1982 murder-for-hire of a woman’s husband.

The two votes in emergency appeals offer a rare peek behind the curtain about how the high court operates, especially at a time when it is one justice short of its nine-member strength because of the death in February of conservative Antonin Scalia. They could portend a return to a time a generation ago when the court more often halted an execution when only four justices initially wanted to do so.

Some liberal commentators puzzled over Breyer’s vote on the transgender student’s case in August, because he typically is part of the liberal bloc in civil rights cases. But the court’s last-minute vote to halt the execution may provide an explanation, said Supreme Court lawyer Tom Goldstein.

“The chief justice seems to have, in a sense, returned the favour for Justice Breyer agreeing to put on hold a ruling in favour of a transgender student,” Goldstein said.

Goldstein said he sees the votes as a signal to a politically polarized country that the court can still function collegially.

Providing a fifth vote to halt executions had once been more common, but it’s been less in evidence in recent years. Eight years ago, Breyer complained in another eleventh-hour death penalty appeal that “it is particularly disappointing that no member of the majority has proved willing to provide a courtesy vote for a stay,” even though four justices wanted one.

Scalia’s death has deprived the court of a vocal opponent of efforts to delay executions. Breyer, on the other hand, has become a more outspoken critic of the death penalty. He was joined by Justice Ruth Bader Ginsburg in his 2015 opinion in which he concluded after more than 20 years as a justice that the death penalty probably is unconstitutional.

The issue of courtesy votes arose at Roberts’ 2005 Senate confirmation hearing. Democratic Sen. Patrick Leahy of Vermont asked Roberts what he would do if four other justices favoured blocking an execution.

Speaking of the court’s requirement for five votes to take action, Leahy asked, “Do you feel, as chief, you should do the courtesy of the rule of five and kick in the fifth one?”

Roberts was equivocal. “I don’t want to commit to pursue a particular practice. But it obviously makes great sense,” he said.

Hofstra University law professor Eric Freedman said Roberts’ vote “does indicate a return to a prior practice in capital cases, which is a desirable practice.”

Courtesy votes grow out of the court’s differing vote requirements. To accept a case for review takes four votes. Issuing a decision or court order needs at least five.

“It’s a very significant development that shows the justices working together despite their disagreements. The court’s ideological centre is trying to bridge the gap between its wings,” Goldstein said.

The split, now with the possibility of 4-4 tie votes, may have been heightened by the prolonged vacancy in Scalia’s seat. It’s not clear when a ninth justice might be confirmed, and some Senate Republicans have suggested they might never to vote to confirm a nominee of Democratic candidate Hillary Clinton’s if she wins the presidency.

Judge Merrick Garland’s nomination for Scalia’s seat has been in limbo since March.