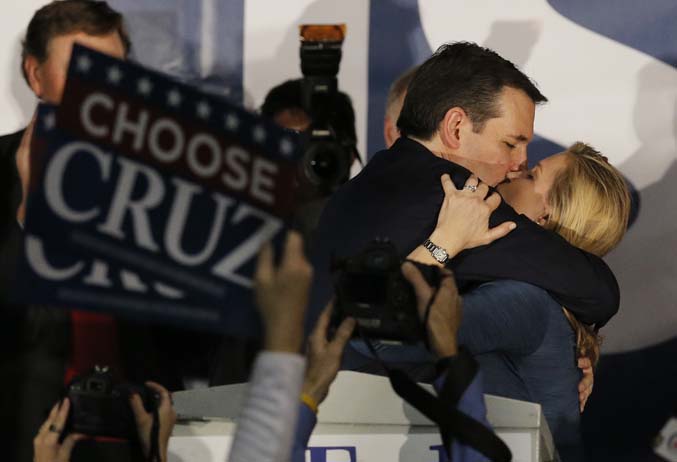 DANE, Wis. — Ted Cruz branded Donald Trump a “sniveling coward” as the feud between the Republican presidential contenders over their wives took a nastier turn.

After an earlier and vague threat to “spill the beans” about Heidi Cruz, Trump stoked the spat on Twitter when he retweeted side-by-side images of Cruz’s wife, with an unflattering grimace, and his wife, Melania, in a glamorous pose.

“No need to spill the beans,” said the caption. “The images are worth a thousand words.”

On Thursday, Ted Cruz, campaigning in Wisconsin, was livid.

“Donald does seem to have an issue with women,” he said. “Donald doesn’t like strong women. Strong women scare Donald.”

Trump was set off this week when a group that opposes him released an ad before the Utah presidential contest raising questions about the propriety of Melania Trump becoming first lady. The ad showed a provocative, decade-old magazine photo of her when she was a model and before she married Trump.

Trump wrongly attributed the ad to the Cruz campaign and warned on Twitter: “Be careful, Lyin’ Ted, or I will spill the beans on your wife!”

Trump has a substantial lead in the delegate chase for the Republican nomination. Cruz has a stiff challenge trying to catch him in remaining races and may only have a shot at the nomination if the contest spills into the summer convention.

On the Democratic side Thursday, front-runner Hillary Clinton warned that “hot rhetoric and demagoguery” can be offensive and dangerous.

Her remarks at a round-table discussion on keeping communities safe from radicalization and terrorism echoed criticism she made a day earlier of Trump and his Republican rivals. Speaking at the University of Southern California in Los Angeles, Clinton warned that voices that could bring communities together can be “drowned out by politics, by partisanship.”

Also on Thursday, Clinton said she would mount an aggressive campaign across California and compete to win over “every voter in it.”

Her remarks to reporters in Los Angeles came a day after rival Bernie Sanders predicted he would claim the nation’s most populous state in its June 7 primary, so long as he gets a strong turnout. Clinton also appeared to be looking beyond the Democratic primaries. She called California an “exclamation point” on the primary season, but adds that it’s “important to get ready and organized for the fall election.”

Clinton carried California in the 2008 Democratic primary, when she was running against then-Sen. Barack Obama. Her husband, former President Bill Clinton, carried the state in 1992 and 1996.

For the Republicans, the lurch into personal territory normally off limits in campaigns came as an anti-Trump super political action committee ran an ad in primary states that features women reciting derogatory comments made by the billionaire about women. The ad was produced by Our Principles, a group founded by a former Mitt Romney campaign adviser who is trying to help the Republican Party appeal to more women.

The week’s best photographs — as chosen by our photo department: 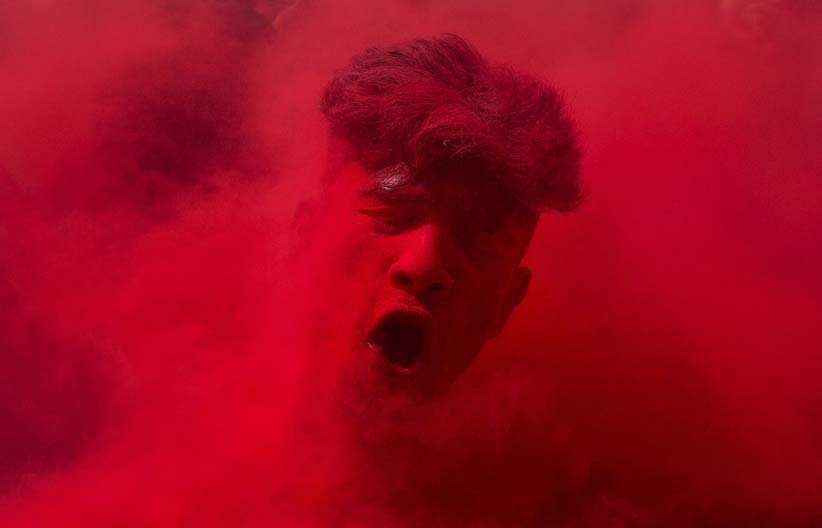