Thanks, JFK: How Canada scored the top spot for U.S. inaugurations

The embassy's view of the U.S. Capitol has drawn celebrities and athletes alike, and entices cabinet members, lawmakers and White House personnel 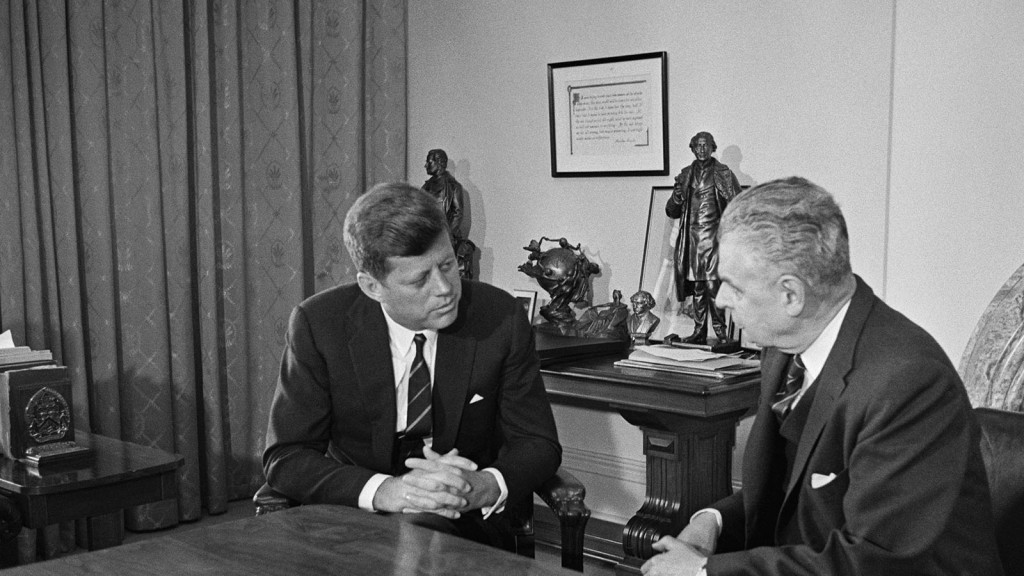 It starts with John F. Kennedy.

One simple observation during his 1961 inaugural parade set in motion a chain of events that resulted in Canada having the only foreign embassy amid the monuments of Congress, the National Mall and the White House.

“He saw that the area was all but derelict. It was not a slum; no one lived there. It was simply a setting of used-up buildings that had been or were being abandoned, as downtown floated out,” Kennedy staffer, and later senator, Daniel Patrick Moynihan, wrote in a 1985 letter to the Washington Post.

Among the buildings Kennedy passed was an old Ford dealership-turned-library. That spot would become Canada’s embassy.
Up to 1,800 guests are expected there Friday.

Its view of the Capitol has drawn celebrities and athletes alike, and entices cabinet members, governors’ conferences, lawmakers and White House personnel — like the incoming chief of staff to Donald Trump, Reince Priebus, who this year visited the rooftop for the embassy’s annual White House Correspondents Dinner party.

Kennedy asked his labour secretary Arthur Goldberg: Can’t we do something here? At the third or fourth meeting of the Kennedy cabinet, Goldberg helped create the President’s Committee on Pennsylvania Avenue.

The committee was meeting on Nov. 22, 1963, when tragic news arrived from Dallas. With Kennedy’s death, the project became a legacy matter. Moynihan recalls continuing the work under a skeptical Lyndon Johnson, and a more enthusiastic Richard Nixon.

Canada was offered a half-dozen choices of land in the mid-1970s for a new embassy. Its old operations were dispersed among different buildings uptown in an embassy-filled neighbourhood that’s mostly residential, partly commercial.

It came down to two plots: One in the west end, near the State Department, in the heart of American diplomacy, and another in the epicentre of the domestic political action — right between the White House and Congress.

The government picked the latter. But it was a longtime embassy handyman who chose the street address. In the midst of his 48-year career at the embassy, Glen Bullard wandered into a municipal building and selected the number 501 Pennsylvania Ave.
Construction took years.

In his diaries, 1980s ambassador Allan Gotlieb frequently fumed about bureaucratic obstinacy, petty rivalries and unnecessary delays. He was frequently forced to defend the architect. He wrote that civil servants, and later some Conservatives, resented Pierre Trudeau’s friend Arthur Erickson getting the job.

“They hate Erickson, referring to him always as, ‘Trudeau’s friend,”‘ Gotlieb wrote.

“He is not a big-ego architect seeking to impose his image on the Mall. Instead, his concept is to adapt to the basic features of the public buildings in the area — or as I put it, to the ‘New Rome.”‘

It was the vision of Washington’s original city planner Pierre Charles L’Enfant to make the neighbourhood an embassy row. Two centuries later, this would be the first. Yet some in Ottawa urged a go-slow approach.

The ambassador was livid when he learned then-foreign minister Joe Clark told the U.S. government the project was on hold. Clark cited budget cuts. Gotlieb suspected partisan jealousy of Erickson.

Gotlieb fumed that he should have gotten a heads up: “Then I could have told Clark how incredibly stupid a decision that would be.”
But the project had an even more powerful backer.

Brian Mulroney gets plenty of credit in Gotlieb’s diaries for overriding bureaucratic concerns and helping save the project. The first inauguration event there was low-key — it was just a few flags placed on the construction site in 1985. A couple of years later, a cornerstone ceremony was attended by Mulroney, George Bush, lawmakers, and Supreme Court justices.

The building was inaugurated in 1989.

Mulroney’s aide Derek Burney had just become U.S. ambassador. Burney tells a story about one of the embassy’s early events, which offers a snapshot of the way the building gets used to draw power to entertainment.

There was nearly a security incident involving Colin Powell, a pair of scissors and the Cirque du Soleil. At a party for celebrity director Norman Jewison, a Cirque performer hopped into the lap of the then-chairman of the joint chiefs and cut off Powell’s tie.

“You couldn’t do that (kind of event) at the old embassy. This one had panache. It was a very out-of-character facility for Canada.”

Burney says he felt 10 feet tall, walking into that building by the National Mall. Kennedy’s old aide, Moynihan, wrote that his boss would also have been proud of what became of Pennsylvania Avenue.

“I wish he had lived to see the best site of all,” he later wrote.

“(It’s) at the foot of the Hill, chosen by Canada for its new chancery.”