The 2016 Democratic Convention: Trying not to blow it 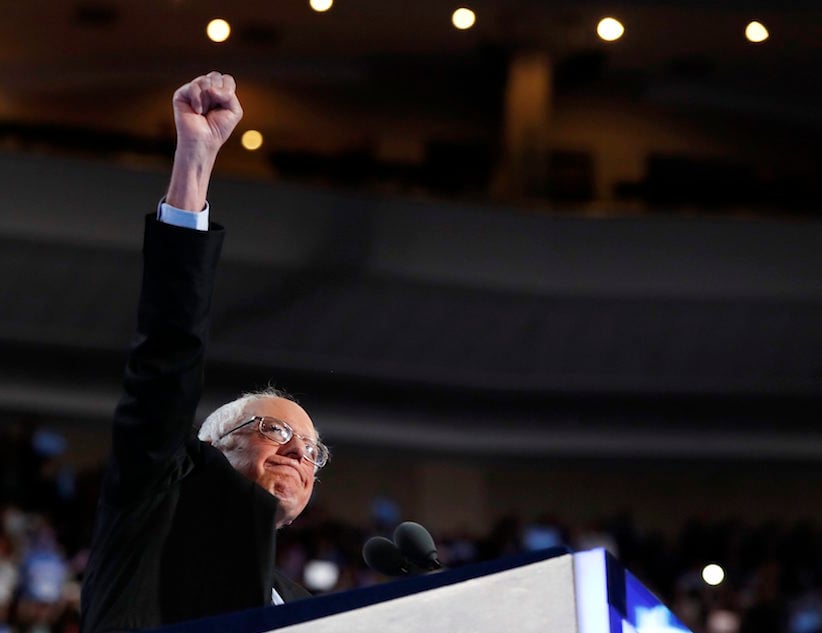 Conventions often seem to have an underlying theme, something that is an unspoken part of everything that actually gets spoken. On the first night of the Democratic Party convention, the underlying theme is a nervousness that Hillary Clinton could lose.

Not that she will lose; even Democrats can’t get that panicky that fast. But even before he got his post-convention bounce in the polls, it was clear that Donald Trump had a chance to win, and that the Democrats can’t hope that he’ll self-destruct. Even the big story before the convention—the leak of Democratic National Committee emails that led to the downfall of DNC chair Debbie Wasserman Schultz—may turn out to be partly a Trump story. Even if it doesn’t, the real point of the leaks may simply have been to show that damaging information can be leaked at any time, and get Democrats nervous about what might be coming next. That kind of nervousness and fear is even more potentially damaging than the conflict between the Clintonian establishment and the Bernie Sanders insurgency, which at least can be worked out eventually.

So part of the point of this first installment seemed to be to try and convince Democrats that playtime is over, that it’s time to put their differences aside right now and rally behind Clinton, because they can’t count on an easy victory. This message, to say the least, didn’t always come through. Sarah Silverman and Al Franken tried to do a routine about how Silverman (a Bernie supporter) and Franken (a Clintonite establishment guy) were finally coming together and getting down to the task of electing Clinton; instead, they wound up lamely ad-libbing their way through repeated chants of “Bernie! Bernie!” The moment seemed to sum up a number of things that could hurt the Democrats, from the lingering sense that Sanders was frozen out by the establishment, to the feeling that comedians have become partisan political actors, whether or not they actually run for office. But above all that, it contributed to the lingering fear that some Sanders supporters won’t come around. 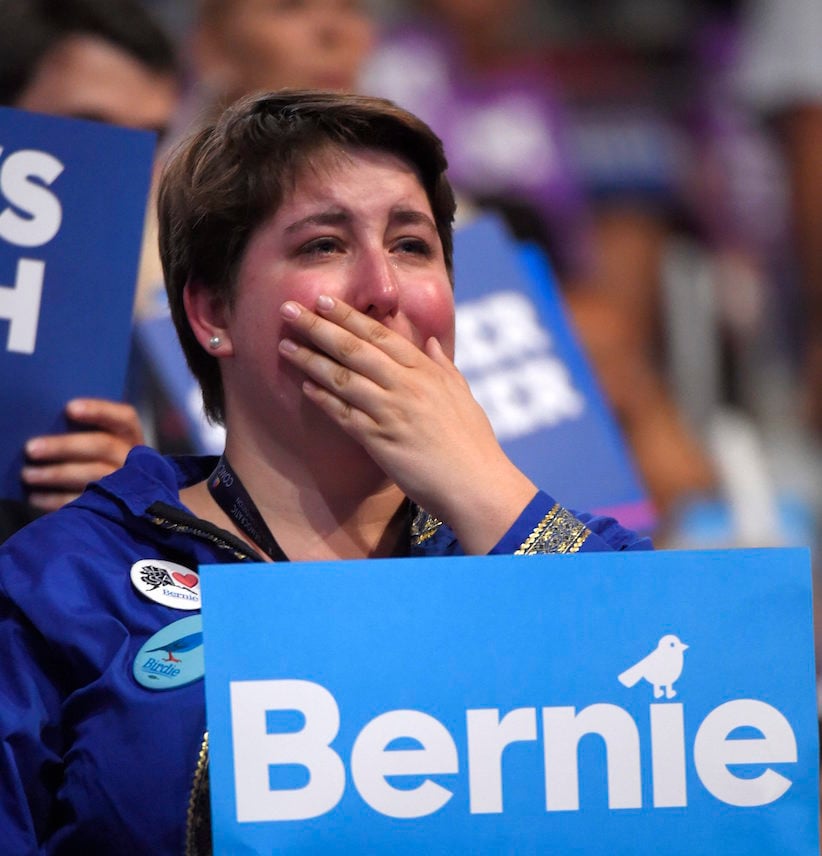 The Democrats will have to wait until another night to spend a lot of time reaching out for swing voters. Tonight was largely aimed at Democrats, urging them to stop pouting and start working. The strongest point probably came from Michelle Obama, in the evening’s most effective speech, who was able to remind the audience of the fact that Clinton came around and helped Obama after he beat her in 2008. The evening was scheduled to end with two politicians who are perceived as being to Clinton’s left: Sen. Elizabeth Warren and Bernie Sanders. Each one tried to reassure liberals that it was okay to vote for Hillary Clinton. Warren’s speech worked fairly well because it focused mostly on Trump, and the chance to keep Trump out of the White House is the thing Democrats will eventually have to rally around.

But having Sanders as the last speaker of the night made the whole thing inevitably seem like a Sanders rally. The night was dominated by Sanders, not the person they were supposed to be nominating, and one of the big stories in the coverage tomorrow will be the long ovation he got, and the screams of “We love you, Bernie!” By the time he actually started talking about why people should vote for Clinton, it was past 11 p.m. ET; the first part of the speech was about him and his movement. This is unquestionably a different situation from 2008, when the conflict between Clinton and Obama supporters had mostly been worked out before the convention. Here, it seemed as though Sanders was extracting his price for supporting the party’s nominee: a night that was about him, not about Clinton, and a chance to do a victory lap without having won a victory.

The risk—and the source of so much of the tension in that room tonight—is not that Sanders supporters will vote for Trump. There just isn’t much overlap, especially in age, between the people they attract. The risk is that some Democratic voters will walk away thinking it doesn’t matter who they vote for, that the people Sanders has been railing against will be in control one way or the other.

Democrats are haunted by the memory of 2000, when Al Gore might have become president if not for that same sense that it didn’t matter who you voted for. The Iraq war seemed to prove the obvious wrongness of this kind of thinking, to make it clear that who is in the White House can have an immense impact—and yet it always comes back, regardless of the lessons of the past. Young voters are notoriously hard to mobilize, which is why the Democrats lost the Congressional elections so badly in 2010 and 2014: they’re increasingly dependent on the young, and it sometimes seems as though the young won’t vote in large numbers unless they feel they have something to believe in. What has to frighten Democrats is that they don’t know—and may not know until November—how many people believe there’s no real difference between the candidates. Even when one of the candidates is Donald J. Trump.