The end of Bloomberg's presidential campaign?

Politics Insider America 2020 for Feb. 28: Bloomberg plateaus, Buttigieg’s plan for the rest of the race, and ‘superdelegates’ explained ahead of Super Tuesday 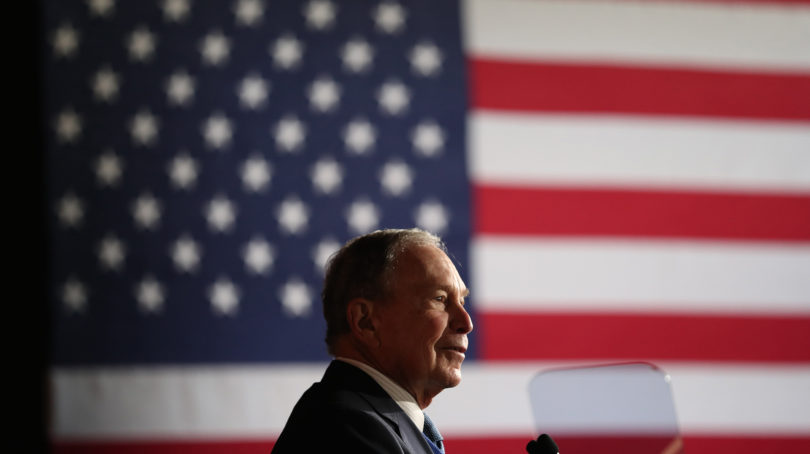 Biden’s South Carolina problem: On Saturday, the South Carolina Primary will decide the fate of Joe Biden‘s final presidential run: if he wins big in the state, he can stay in the race and establish himself as the only establishment Democrat with a chance to beat Bernie Sanders. Vanity Fair‘s Peter Hamby points out one problem the former vice-president may face: his greatest strength is with moderate and conservative African American Democrats, and this primary looks to be “the whitest South Carolina primary in a decade.” State Democrats are warning not to expect the 60% black turnout that propelled Hillary Clinton to victory in 2016, partly because none of the campaigns have created much voter enthusiasm, and partly because more white Democrats have moved to the state in recent years. Biden’s people tell Hamby that they’re not worried about a whiter electorate because “Biden is gonna get his share of the white vote and more than his share of the black vote.” If Biden is the choice for both black and white moderates in South Carolina, he’ll get the blowout victory he’s looking for. If he doesn’t, then “the stop-Bernie” vote might be split among several candidates.

Bloomberg’s polling “not looking good”: Tuesday, March 3 is the multi-primary extravaganza known as Super Tuesday, and it will be the first time Michael Bloomberg is on the ballot. His strategy has been to skip the early states and concentrate his near-infinite resources on spending and organizing in Super Tuesday states, particularly California. The flaw in the plan is that people actually saw him on TV in the Las Vegas debate, and they apparently didn’t like what they saw:

Bloomberg’s presidential campaign has plateaued. The abrupt reversal of fortune, triggered by his disastrous debate performance in Las Vegas, has tarnished the former New York mayor’s sheen and injected uncertainty about whether he will rack up enough delegates on Super Tuesday to keep his campaign alive.

According to Politico‘s report, Bloomberg is still pondering whether he should keep trying to sell himself to voters in ads, or shift more money to an all-out barrage of negative ads against Bernie Sanders, who is expected to win California.

Buttigieg’s plan for staying in the race: Another Mayor, Pete Buttigieg, is also likely to have a bad Super Tuesday: few of the 14 states up for grabs are winnable for him, and his fundraising has declined despite his strong performance in Iowa, where he has finally been declared the winner. So Buttigieg is preparing to focus on districts, not states. He’s targeting his ad spending and get-out-the-vote efforts on smaller media markets where campaigning doesn’t cost as much, and “locales where Democrats flipped House seats in 2018.” The goal is to win enough delegates so he can stay in the race, and make the case that he, not Biden or Bloomberg, should get the majority of the “stop Sanders” vote.

Superdelegates against Sanders: Every time there’s a Democratic primary, we hear about the mysterious “superdelegates,” party officials who can decide their vote at the convention. The New York Times talked to 93 superdelegates (there are 771 of them in total) and found that many of them are opposed to voting for Bernie Sanders if he arrives at the convention with only a plurality of delegates, rather than a majority. This would lead to a brokered convention and possibly calls to install a nominee who wasn’t even in the primaries — though it should be noted that the exact same possibility was discussed during the contentious Hillary Clinton/Barack Obama primaries of 2008, and that turned out all right in the end.