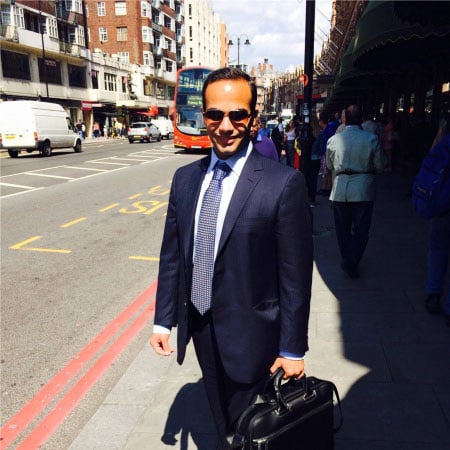 Today was supposed to be about Paul Manafort. Over the weekend, news leaked that the Justice Department would be issuing indictments first thing Monday morning as part of their investigation into allegations the Russian government interfered in the presidential election. Journalists, guessing it would be Trump’s former campaign manager Manafort, camped outside his house and the nearest FBI office.

They were not disappointed. Indictments were issued for Manafort and for his colleague, Rick Gates. The charges are for tax evasion, and are not directly related to the Trump campaign, but nonetheless this was the most dramatic development in the scandal since former FBI director Robert Mueller was appointed special counsel to lead the inquiry. Until about 90 minutes later.

Just after Manafort delivered himself to the FBI office, news broke that George Papadopoulos, a foreign policy advisor to the Trump campaign, had pleaded guilty to perjury. The details of the plea deal are staggering, and the implications are far more important than the Manafort indictments for several reasons.

In short, the unexpected unsealing of the Papadopoulos guilty plea reveals that the months of speculation and rumour regarding possible connections between the Trump campaign and the Russian government are not only true, but represent what can only be described as the biggest political scandal in recent history. And this is only Mueller’s opening move.