The knockout of Donald Trump looks as distant as ever

His doctor says his heart is fine. And Republicans are still happy to defend the indefensible. 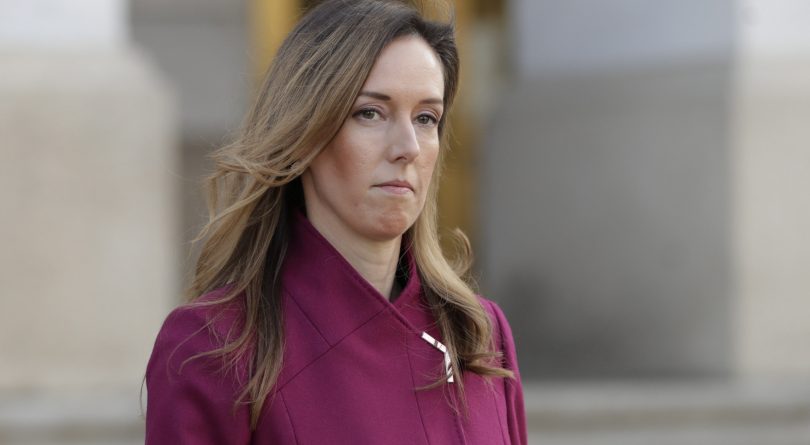 As the impeachment of U. S. President Donald Trump tramps toward its anticlimactic climax sometime around Lincoln’s and Washington’s birthdays next February—in all likelihood, he will be acquitted by the Senate of extortion and assorted other sins on a party-line vote, give or take a Mitt Romney or two—a pair of numbers carries the highest importance for the long-term future of Abe and George’s most honourable and worthy successor.

The first is the quantity of Never-Trump-Againers who now exist among the Deplorables who placed him in the White House three years ago by a margin much thinner than he is. It will take only a handful of mind-changers in a tiny number of districts in such cities as Detroit, Milwaukee, and Philadelphia next November to evict Trump from Washington’s Lincoln Bedroom, no high crime, misdemeanour, bribery, or treason required. But it does not appear that the Democrats want to wait that long, or take that chance.

The other vital number is Trump’s total serum cholesterol of 165 milligrams per decilitre, as revealed by the White House late Monday night in the wake of the 73.5-year-old, technically obese, exercise-averse junk foodist’s secret, sudden, weekend sprint to the Walter Reed National Military Medical Center. One-sixty-five falls well within the “healthy level” of fatal fat for males age 20 or older, according to the National Library of Medicine, this being the patient’s chronological, not mental age.

“Despite some of the speculation,” wrote the doctor-in-chief, a Navy officer whose honesty is not to be impugned, “the President has not had any chest pain, nor was he evaluated or treated for any urgent or acute issues. Specifically, he did not undergo any specialized cardiac or neurological evaluations.”

Hearing this, Trump’s supporters—and remember, 62,984,828 citizens voted for him, which is a lot more ballots than Hillary Clinton got if you subtract the two million illegal aliens who, in Trump’s mind, voted for her five times each—breathed a little easier. If the Dems don’t nail Trump for some heinous infraction before Election Day, it looks like he won’t be kayoed by a venous infarction, either.

“I went for a physical. I came back, and my wife said, ‘Darling, are you okay? They are reporting you may have had a heart attack,’” Trump reported Tuesday before a sycophantic cabinet meeting, quoting his heart-throb Melania’s reaction. “I said why did I have a heart attack? ‘Because you went to Walter Reed Medical Center.’ That’s where we go when we get the physical. I said I was only there for a very short period of time.”

If every American could see the doctor of his or her choosing within an hour of making a phone call and get the labs back the same day, The Donald would be re-elected 125,000,000 to zero and no one would even think about expelling him. But with health-care reform and North American free trade ignored, and with the Democrats’ daily symphonia drowning out all other conversation inside the sclerotic Capital Beltway, attention turned to the Intelligence Committee for another week of Constitutional ye said, thee said.

On Tuesday, a 30-minute phone call once again was the focus of more than nine hours of witness testimony and partisan dramaturgy, little of it new or revelatory. Republican committeeman Devin Nunes labelled the session “hysteria,” “a charade,” and “a circus” and characterized the internal hand-wringing over Trump’s request for “a favour” from Ukrainian president Volodymyr Zelensky as nothing more than “policy disagreements.”

Army Lt. Col. Alexander Vindman, the first witness of this public phase of the impeachment inquiry who actually was listening to the July 25 conversation, stated that he found Trump’s request “improper” and was afraid that it would be interpreted “as a partisan play.” Like Donald Trump’s physician, Vindman is a military officer, but the Republicans impugned his honesty anyway.

When the Soviet-born colonel revealed that he had been asked three times by a Zelensky envoy to move to Kyiv to serve as Ukraine’s minister of defence, he said “The whole notion was rather comical.” Three years ago, of course, the Democrats were making the same quip about a potential President Donald Trump.

RELATED: When it comes to friends, Donald Trump needs only the bare minimum

Jennifer Williams, an aide to Vice-President Mike Pence and another first-hand auditor that day, said the call “struck me as different.” But both Lt. Col. Vindman and Williams conceded that, in the final analysis, “official U.S. foreign policy” is whatever the president wants, and does, and says it is.

“The president,” said Ambassador Kurt Volker, former U.S. special representative for Ukraine negotiations, in the afternoon session, “was very skeptical” that Volodymyr Zelensky would be able to end his country’s Soviet-born culture of crookedness.

“He said that Ukraine was a corrupt country, full of terrible people. ‘They tried to take me down.’ It was clear to me that despite the positive news and recommendations being conveyed by the official delegation about the new president, President Trump had a deeply-rooted negative view of Ukraine rooted in the past.”

Some leaders process new information and revise their policies, but never Trump.

“Ms. Williams, are you a Never-Trumper?” pressed Rep. Jim Himes, Democrat of Ohio. (The president had called her that before his non-emergency race to Walter Reed.)

“I’m not sure of the official definition of that term,” she replied, to giggles from the paneled room, a brief but welcome touch of mirth in the hyper-factional proceeding.

“Colonel Vindman, would you call yourself a Never-Trumper?”

RELATED: Nancy Pelosi won’t back down

“I’d call myself a never-partisan,” the witness responded. Vindman, a combat veteran who was slightly wounded by an explosive device in Iraq, is one of three brothers who served in the U.S. military. The current president, of course, is one of three brothers who didn’t. Vindman, who took it upon himself to warn President Zelensky to butt out of U.S. politics, confessed that he never has met or even spoken directly to Donald Trump.

On Tuesday, Trump refrained from personally attacking the witnesses on Twitter, posting only a re-election fund-raising video of a bug-eyed Schiff, a rabid Alexandria Ocasio-Cortez, “Nervous Nancy” Pelosi (finally, a nickname!) and the menacing chyron THEY PROMISED A COUP NOW THEY’RE TRYING TO CARRY IT OUT.

As the first day of the second week of public hearings stretched into evening, and as President Trump remained upright and certifiably healthy, it had been 64 years since an American president was felled by a cardiac event in the middle of his term. In 1955, when Dwight Eisenhower suffered a mild heart attack, headlines blared:

To Walk to Car On

Said to Be Comfortable

“Nixon Leads,” the United Press reported, and we all know how that one turned out.