The most innocent explanation for Kremlingate. (It's still bad.)

Giving Donald Trump the benefit of every doubt imaginable, here's how one might explain all of the damning ties to Russia

Over the last several months, we have been smothering under a pile of reports and rumours linking President Donald Trump to the Kremlin. Now, another story, larger than all the rest, has been dropped on top: several members of Trump’s team were in regular contact with Russian intelligence during the election. There are now so many pieces, it’s hard to fit them all together. But let’s try. And let’s give the President the most generous benefit of the doubt possible.

First, we know that Trump has been “cultivated” by the Kremlin since the 1980s, when he was invited to Moscow to meet with the Politburo. This sounds bad, but frankly, it’s something western countries do all the time: identify up-and-comers, and then make friends. In fact, when I was a diplomat, that was once my exact job. Posted to Jakarta, I spent my time hanging out with “young Turks” just like Trump. Many of them were wealthy, narcissistic, ambitious and obnoxious, and I made sure I was a drinking buddy with all of them—because one day they could be in power and if that ever happened, Canada wanted a foot in the door.

In Trump’s case, he spent 30 years telling people he was going to run for president. It’s no wonder the Russians kept their eyes on him. And, when he won the Republican nomination, Moscow sat up and said “Hey! This guy could be a friend. How can we help?”

The answer was obvious. Over the last few years Russia has perfected its ability to influence public opinion through disinformation and cyber-espionage. The decision to hack into the Democratic National Committee and the Clinton campaign and then send the most embarrassing emails to Wikileaks was an obvious one; no one on the Trump campaign needed to ask for it.

Again, western countries are also willing to wade into foreign elections to support one candidate over another. We are more subtle about it, of course. For example, we fund NGOs that “get out the vote” (typically youth who support more democratic and Western-friendly parties), or we support election monitoring to frustrate the shenanigans of more autocratic politicians. We will even go so far as to leak “stories” (a euphemism for intelligence) to friendly members of the local press.

Naturally, the Russians began to build relationships with Trump’s team; according to the New York Times and others, this included Roger Stone, Gen. Mike Flynn, Paul Manafort and Carter Page. This too is standard procedure for diplomats from all countries, and it’s quite possible they were contacted by officials from a dozen other embassies too, including Canada’s. And, like the Russians, those conversations would typically be very benign: asking about the campaign or for details about the platform and the ideas behind it.

What is less usual is that intelligence officials would undertake this networking. But the Kremlin goose-steps to its own drum. Regardless, there’s no reason to think Trump’s people knew their Russian pals were spooks. I speak from experience. One of my closest friends worked for MI6, and it took me 15 years to find out.

Meanwhile, on the campaign trail, Trump raises eyebrows with his consistently pro-Russian stance. This needn’t be suspicious either. Like many of his advisors, he had spent years working with Russians, and was relatively more sympathetic than your average American. Plus, Trump was instinctively fascinated by Putin’s bare-chested authority. Not coincidentally, his alt-right base was similarly attracted. Furthermore, Trump was consciously trying to define himself against everything Barack Obama and Hillary Clinton stood for, including their tough Russian policies.

Now, FBI Director James Comey enters stage right. His team stumbles across some new Clinton emails. Having recently promised Congress that he would update them if there were any developments in that investigation, Comey feels obligated to send them a seemingly innocuous letter, and underestimates its political impact. The FBI chief does not release any information on Russian links to the Trump campaign because at that stage there was no investigation. That inquiry did not start until later.

Next, an angry Senator Harry Reid, having heard all the gossip about Manafort’s business links and Flynn’s dinner with Putin (but not knowing anything else), sends a howler of an open letter to Comey, accusing him of sitting on “explosive information” about the close ties between Trump’s team and the Russians.

Election day comes and Trump wins. Sure, the Comey letter and Wikileaks pushed votes away from Clinton. But so did her miserable ground game, her political baggage, fatigue of the Democrats, and Trump’s appetizing populist message. In other words, Trump didn’t need Putin to beat Clinton.

Nonetheless, in Moscow, Russian officials start calling each other to revel in “their” win, and to celebrate the expectation of unprecedented influence and access to the new President. In the NSA, ears perk up. They start pulling up all the calls between the Trump team and Russian officials. Nothing treasonous is found, but eyebrows are raised. 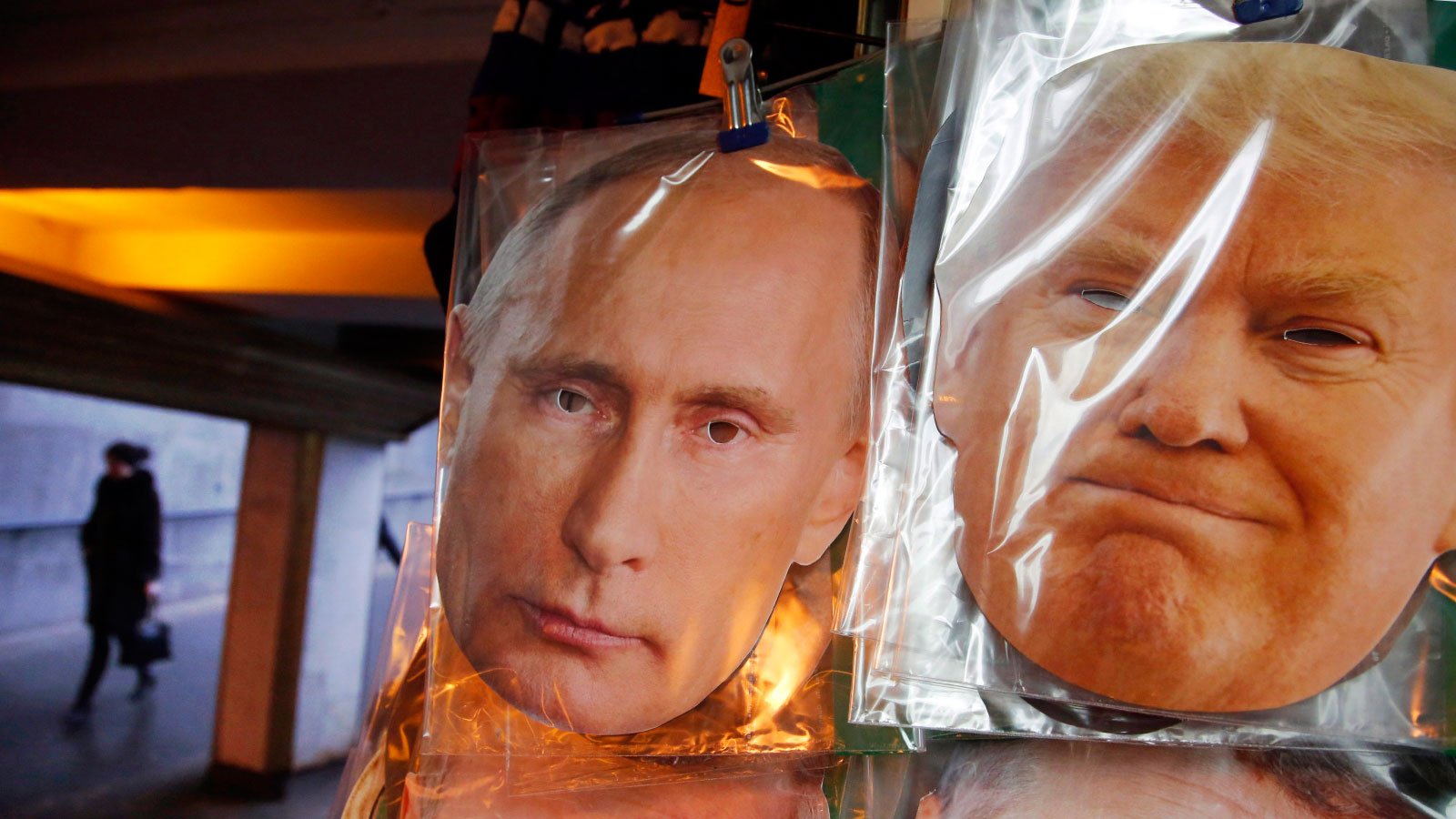 Not long after, the Obama administration announces new sanctions against Russia, for having meddled in the election. The next day Gen. Flynn, Trump’s national security advisor, contacts the Russian ambassador to plan a call between Trump and Putin. Naturally, the ambassador wants to talk about the sanctions. Flynn responds with an innocuous: “We’ll be reviewing them when we take office.”

The NSA routinely flags the call, as they monitor all communications with the Russian embassy. This is leaked to the Wall Street Journal which reports there’s an investigation into Flynn. He immediately denies having discussed sanctions. It’s technically a lie.

Acting Attorney General Sally Yates hears this, knows that sanctions were discussed, and informs the White House that Flynn could be blackmailed by Moscow. The Trump administration, stumbling daily from one self-inflicted crisis to another, understaffed, and led by a naturally chaotic chief executive, doesn’t know what to do with the information.

The Vice President, not having been properly briefed (chaos), goes on television and backs Flynn’s story. When more leaks make it clear that Flynn was lying, the President is eventually forced to demand his resignation—not on principle, but simply to change the channel.

This would be the most innocent way to explain all of the damning details that have emerged about Trump and his Russian connections. If this is what happened, there was no treason and no conspiracy. There’s bad judgment, bad luck, bad faith and no end of Kremlin mischief. And while it makes Trump look clueless and cynical, neither of these are reasons for impeachment.

If this is the real story, it would be in Trump’s interest to immediately own it, distance himself from his pro-Russian supporters, and order an investigation to ensure there are no lingering inappropriate connections to Moscow. Even that won’t stop the congressional hearings though. And those are going to cripple an already hamstrung White House which hit the ground crawling. Even with the most innocuous interpretation of events, it is hard to see how the Trump presidency is not going to be a failure of historic proportions.

And that’s Trump’s best case scenario. The truth is quite likely much more interesting, and much more damaging, to Trump, his government, and America.