Adnan R. Khan: If the president's wildly uninformed decision about Syria is the new norm for U.S. foreign policy, the world is in for a rough ride 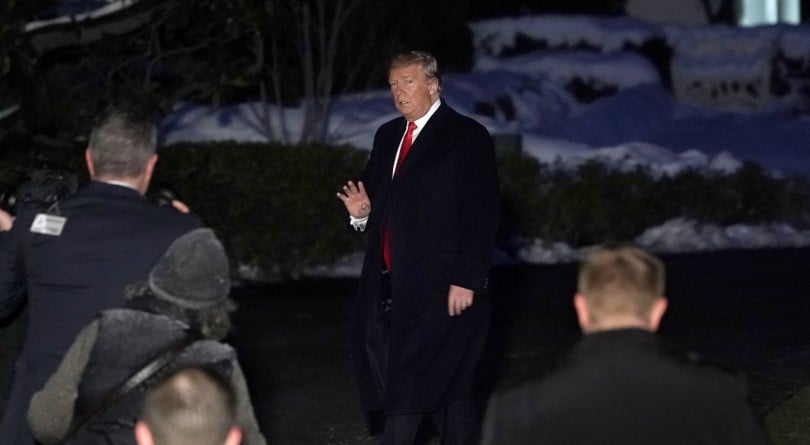 Trump walks on the South Lawn after his return to the White House on Jan. 14, 2019 in Washington, DC. (Alex Wong/Getty Images)

Given the pace of the insanity pouring out of the White House, it feels like eons ago now that Donald Trump shocked pretty much everyone when he announced he would immediately pull U.S. troops out of Syria. But it was just last month when the U.S. president made the rash decision. Just a few days before, Trump also spoke with Turkish President Recep Tayyip Erdogan on the telephone. It was during that conversation, we now know, that Erdogan told his authoritarian doppleganger not to worry so much about ISIS. Turkey, he said, would take over the fight; America need not sacrifice any more blood and treasure.

Next came chaos. To the shock of his own advisers, generals, allies and even reportedly Erdogan himself, Trump gleefully announced an immediate withdrawal of all troops from Syria, prompting Defense Secretary James Mattis to resign. Since then, there has been some backtracking. The withdrawal, Trump later told American troops deployed in Iraq, would be “deliberate and orderly.” A 30-day timeline stretched to 60, then to six months and, potentially, years.

More than Trump’s pullout, the confusion over who to believe—Trump or his advisers and generals—has wreaked havoc for the coalition fighting ISIS in Syria.

READ MORE: The terrifying depths of Donald Trump’s ignorance, in a single quote

Analysts in Turkey say the U.S. has now lost any shred of credibility it had with its Kurdish allies, the YPG. In a move to reassure them, Trump’s security advisor, John Bolton, said during a Jan. 6 speech in Israel that any withdrawal would be premised on Turkey essentially leaving the YPG alone.

That only added fuel to the flames. Turkey considers the YPG a terrorist organization and an existential threat to Turkey’s territorial integrity. It has devoted most of its military resources in Syria to rolling back the YPG presence along the Turkish border, for the most part leaving ISIS alone.

Trump, judging by his track record, was likely clueless about these subtleties when he made his announcement. In what’s becoming the defining characteristic of his presidency, he again shot off his mouth and was then forced to claim he never really meant what he said.

If that’s the new normal for American foreign policy, then the world is in for a rough ride.

What’s painfully clear now is that the Trump administration has no real foreign policy, not in Syria, not in Afghanistan, not anywhere. Over the two years of his presidency, it has thrown a string of Hail Marys—from a summit with Korean dictator Kim Jong-Un which produced nothing, to a troop surge in Afghanistan which is now being prematurely reversed—all apparently for dramatic effect with no clear idea of strategy and goals.

Case in point: In agreeing with Erdogan to turn over the fight against ISIS to Turkey, Trump failed to notice that Turkey is in no position to fight radical jihadists at a time when its own territory is reportedly crawling with them. Turkey hasn’t experienced a terrorist attack linked to ISIS since August 2017 in part, terrorism experts say, because it has avoided direct conflict with ISIS in Syria and Iraq and, according to some, allowed jihadists to continue using Turkish soil to recuperate and strategize.

Crackdowns on ISIS sleeper cells in Turkey have done little to disrupt its networks, experts add. In 2016, for instance, Turkish authorities claimed they had arrested 1,338 ISIS-related suspects but the number of convictions that year stood at a mere seven, prompting a running joke among journalists in Istanbul that you have a better chance of avoiding jail if you’re an ISIS terrorist than a working journalist. (Turkey remains the world’s leading jailer of media workers, according to the Committee to Protect Journalists).

Declaring open war on ISIS would almost certainly produce reciprocal attacks inside Turkey and collapse its already teetering economy, something Erdogan and his AK Party desperately need to avoid at a time when their approval ratings have fallen to historic lows.

Meanwhile, Trump’s advisers appear incapable of reining in their president or even helping him formulate a cogent message that could, at the very least, clarify what American goals are.

Will the U.S. pull out of Syria? Ask Trump and he will say one thing; ask Bolton and he will say another. Will the U.S. continue to support the YPG, despite Turkish threats that it is preparing a military offensive against them? Clearly American generals believe it should but the messaging from the White House is more ambiguous.

Here in Turkey, these issues matter deeply. The Trump administration’s incompetence has led Turkish authorities to turn to others—Russia and Iran, for instance—to calm frayed nerves. These are the kinds of real world consequences that threaten to upend decades-old alliances and plunge the world into chaos, all because of one man who has no business being the leader of the free world.