The GOP race has become a battle for the party's soul, and an all-out war by the party establishment to stop The Donald in his tracks 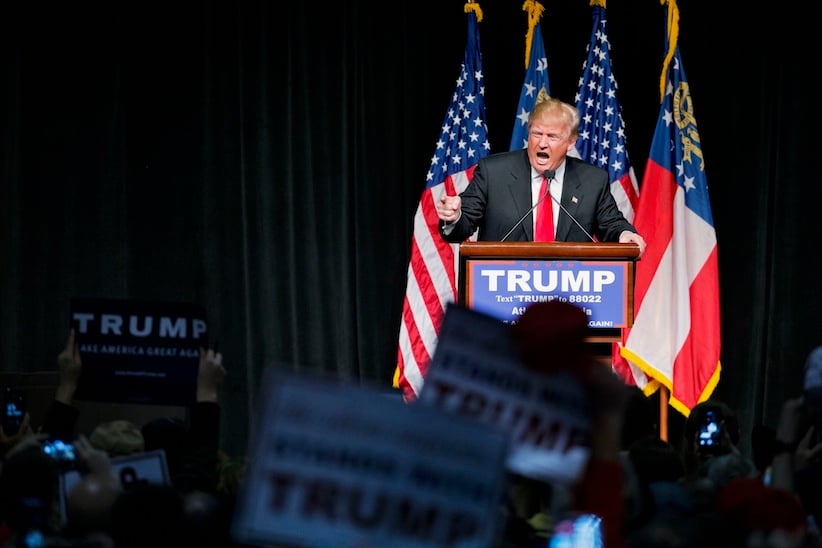 Donald Trump rolled into South Carolina last week as the man to beat.

The celebrity billionaire Republican front-runner was fresh off a decisive victory in the New Hampshire primary, taking 35 per cent of the vote and demonstrating he is far more than a passing fancy to an angry electorate who might never turn out to cast a ballot.

He not only won big—yuge!—he won across multiple groups of Granite State voters—men, women, young and old, conservatives, moderates and independents. Suburban, city and rural voters all favoured Trump. Many supporters had no college education, but a third of them did.

His rise over the course of the presidential campaign—marked by foul-mouthed outbursts, a greatest-hits reel that includes calling Mexican immigrants rapists and mocking a disabled reporter—has turned a presidential race that was supposed to showcase the deep bench of talent within the Republican party into a chaotic battle for its very soul.

In the words of one pundit: “The bladder-voiding panic has come to official Washington.”

While some in the Republican establishment appear to accept Trump as an unstoppable juggernaut, as the race lurches past the first caucus and primaries a growing number of American conservatives are swinging into action to halt him in his tracks.

“There’s a kind of fatalism to what a lot of Republicans are saying and doing these days that is unwarranted,” Ramesh Ponnuru, a senior editor with the National Review, told Maclean’s. In late January, the Review, America’s pre-eminent conservative publication, released a special edition with 22 prominent conservatives, from popular broadcaster Glenn Beck to David Boaz, executive vice-president of the right-wing Cato Institute think tank, making their case for why Trump should be stopped.

The goal, Ponnuru says, was to “persuade those people who might be persuadable that supporting Donald Trump is a serious mistake.”

Trump’s run is offensive to Ponnuru and like-minded Republicans on a number of levels, not least because they don’t think his policy positions are in any way conservative. While he calls for massive trade tariffs on China, they embrace free market ideals. He has a record of supporting the government’s power to acquire other people’s property, they oppose the use of eminent domain. He has spoken in favour of Canadian-style government-run health care, they argue for limited government and entitlement reform.

Even on the conservative issues the real estate baron does embrace—concerns with illegal immigration, the threat of terrorism, a frustration with political correctness—Ponnuru says: “He discredits those causes through his buffoonery, ignorance, and malice.”

Republican strategist Liz Mair says understanding the frustration and alienation fuelling Trump’s domination of the race is key to helping tarnish his appeal. “We do hear from some people, ‘Well, there’s no way to stop him, so what’s the point?’ I think that’s wrong-headed. Everybody has some sort of vulnerability.”

Mair is heading up the anti-Trump super PAC Make America Awesome—a play on Trump’s campaign slogan, “Make America great again.” The PAC’s mandate is to take down the business mogul. That means focusing attack ads on the darker side of Trump’s business record: his failed endeavours, his four business bankruptcies, and on his debate and media comments that undermine his populist image, like remarks that wages are “too high.”

The tagline of the super PAC’s ads? “He’s for Trump, not for us.”

Make America Awesome ran targeted ads against Trump in New Hampshire in advance of the Feb. 9 primary. In Iowa, a caucus state that leans toward socially conservative presidential candidates, they reached out to evangelical leaders to highlight potentially damaging comments Trump has made about faith. It aired attack ads in South Carolina.

Another anti-Trump super PAC, Our Principles Pac, was formed in January by Katie Packer, an ex-senior adviser to 2012 Republican presidential candidate Mitt Romney. It also ran anti-Trump ads and sent out negative mailers to Iowa and New Hampshire residents before voting day in those states.

It also owns TrumpQuestions.com, which offers a highlight reel of Trump’s past comments in support of single-payer health care, past praise for current Democrat rival Hillary Clinton, and flip-flops on his signature issue of immigration.

Our Principles Pac has spent $2.75 million opposing Trump so far, according to the Center for Responsive Politics, and plans on continuing its efforts in the coming weeks.

Still, Mair says many of the party’s big donors, while deeply concerned about Trump, haven’t so far been willing to crack open their pocketbooks to halt his rise. “I have a few conversations slated for this week,” she told Maclean’s following the celebrity billionaire’s New Hampshire landslide. “I’m hoping they will cut cheques but I also have feared for a long time that some of them would see a Trump win in New Hampshire, which our group always expected, and treat it as an opportunity to throw their hands up and say ‘it’s pointless.’ Obviously, we don’t believe it’s pointless.”

In fact, when Trump was locked in a pitched battle with Texas Senator Ted Cruz in Iowa in January, a number of prominent voices in the party establishment lined up behind Trump as a sort of worst-case scenario alternative to the firebrand hard-line conservative, who spent his time in Washington making enemies in the establishment.

In the New York Times, Republican elder statesman Bob Dole warned the party would suffer “cataclysmic” losses if Cruz was the nominee. Former New York mayor Rudy Giuliani said if it came down to Trump or Cruz, he was with the real estate tycoon. “As a party, we’d have a better chance of winning with him,” he told the Washington Post.

Not so, argues the National Review’s Ponnuru. “The case gets made he’ll pick up white, working-class voters. Well, maybe he will,” Ponnuru says. “But he’s going to lose a lot of Republicans. Republican support among upper-middle-class voters, among college-educated voters, would very likely decline. There is no reason to think that Republicans have found a floor among Asian or Hispanic voters. There’s no reason [that support] can’t go south. I don’t think this is being thought through at all.” 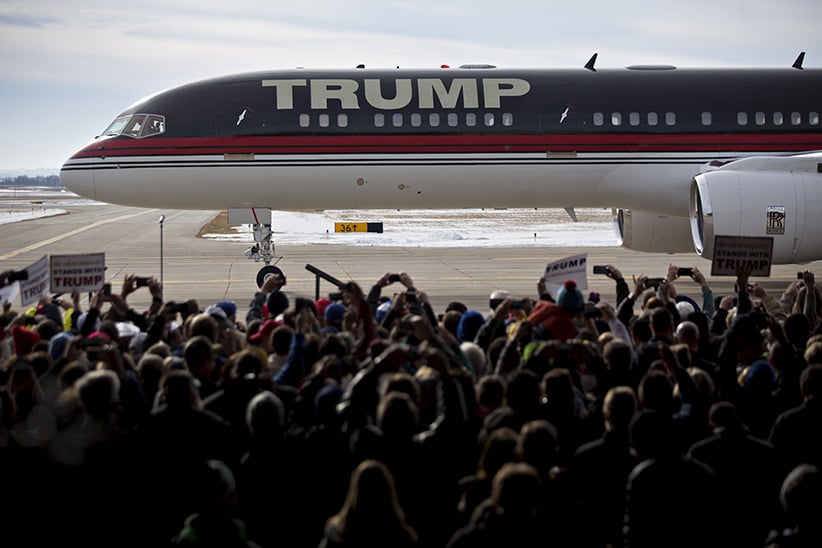 Ben Howe, a contributing editor to right-wing media blog Red State, worries that Trump’s run—successful or not—could so damage the party it will be shut out from presidential cycles for years to come. “In terms of the party, it destroys the branding, which wasn’t great to begin with,” he says. “When you’re spending most of your time fighting against the idea that you hate the poor and minorities, your branding already stinks. So if you bring in a guy who lives up to the very expectations of people who hate you, you’re destroying whatever brand you have left.”

Howe has vowed publicly to volunteer for Hillary Clinton’s campaign if Trump wins the nomination. (He makes a point to note she still doesn’t have his vote.) “The fact I have a headline at Red State, of all places, saying that I will phone bank for Hillary Clinton, and that that made it past my editor, speaks volumes on its own,” he says laughing.

Many Republicans say it’s time for the party establishment to forget favourites, for more candidates barely making an impact in the polls to drop out (like former Florida governor Jeb Bush did this past weekend), and for donors to throw their collective weight behind a viable alternative.

There are reports the Koch brothers’ network, run by the two billionaire conservative businessmen who wield tremendous political influence south of the border, are considering spending some of their nearly $900 million 2016 election cycle budget against Trump.

While it’s still a long slog through the primary season to the eventual Republican National Convention in Cleveland in July, the wait is making Howe anxious. “I may scare easier than they do. Maybe that’s why they’re millionaires and I’m not,” he says. “I think they want to see what happens, but that’s a dangerous game to play.”