The state of affairs of state dinners: A look at past White House galas

It’s a night of pomp, revelry, and clinked glasses—American-style. As Justin Trudeau prepares to join President Barack Obama for the Prime Minister’s first state dinner at the White House—the first such event for a sitting Canadian prime minister in nearly two decades—take a look back at how the Americans showed their hospitality to some past dignitaries.

Related: Paul Wells on the stakes of the state dinner 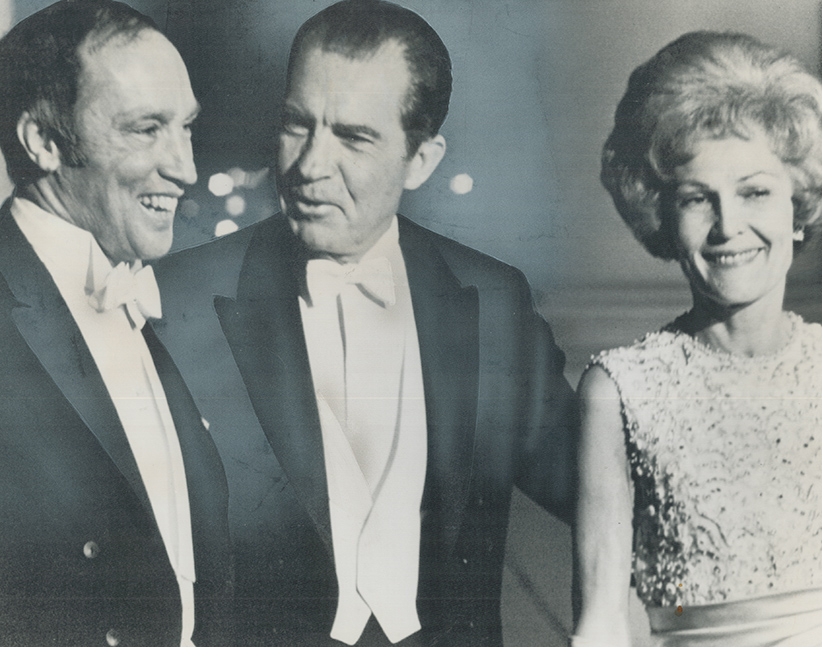 President and Mrs. Richard Nixon greet Prime Minister Pierre Elliott Trudeau at the North protico of the White House last night for a white tie state dinner; the first of the Nixon administration. The party was very formal. Trudeau did not bring a date nor do any dancing and left early at 11.10. (Bob Olsen/Toronto Star/Getty Images)