This was Trump's inner circle when he was inaugurated. Where are they now?

Proximity to the president on Jan. 20, 2017 was no indication of job security. Quite the opposite, in fact. 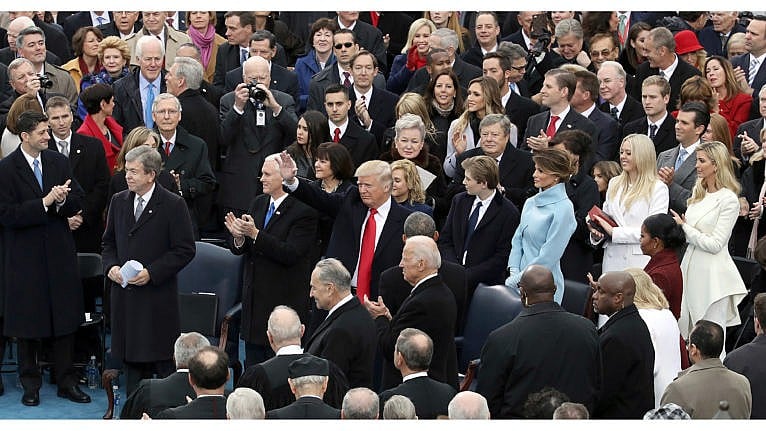 When Gen. James Mattis resigned as President Trump’s Defense Secretary in 2018, U.S. news outlets reported it as the exit of the “last grown-up in the room”—the sole responsible adult who could steer Trump from egregious error.

He would be only one of 14 cabinet members to leave their posts during Trump’s four years in office, according to data from the Brookings Institution. (For comparison’s sake, Barack Obama, George W. Bush and Bill Clinton combined for nine cabinet members departing during their first terms.) And if you look at what Brookings calls President Trump’s “A Team” of closest advisors—his chief of staff, press secretary and national director of intelligence, among dozens of others—there was turnover in 92 per cent of those roles. And that number does not capture the full scale of churn: in some of those positions, three or four people cycle through.

With so many “grown-ups” gone from 2017, Maclean’s decided to look back at a Trump inauguration photo, wondering what the magic mirror from the iconic preschool series Romper Room would see now. (If that show was before your time, find a rundown here, and a clip of its inimitable Magic Mirror introduction here.)

Where they are now: Trump inauguration edition 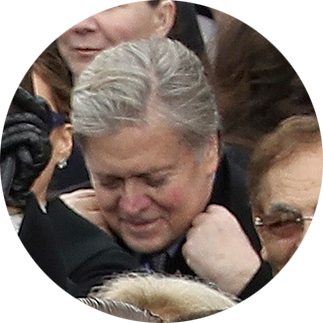 I see Steve Bannon had a very special day. The ex-White House chief strategist faced criminal charges of defrauding donors to the private fundraiser We Build the Wall. Bannon's Twitter account was permanently suspended in November after he suggested in his podcast that both the FBI director and Dr. Anthony Fauci should be beheaded. And earlier this month it was reported that the president was in contact with Bannon, who Trump fired years ago, to discuss how to overturn the election results. But all, evidently, can be forgiven. On his way out the door, Trump gave Bannon a pre-emptive pardon.