Some things to watch for in the 90-minute debate at Washington University in St. Louis 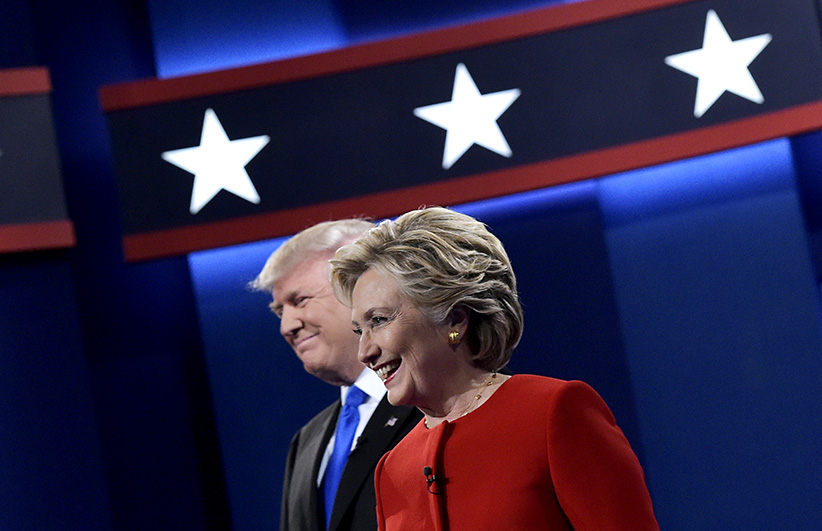 For many people, the jaw-dropping 2005 video of Trump’s vulgar comments about women trumps anything else that has come out about the Republican nominee. And it gives Hillary Clinton fresh ammunition for her second faceoff with the GOP nominee.

Some things to watch for in the 90-minute debate at Washington University in St. Louis:

With his campaign in crisis, Trump issued a short video apologizing for his crude remarks. But he tried to minimize his “more than a decade-old” comments as a mere “distraction” from the important issues of the day and defiantly dismissed calls from within his fractured party to quit the race. The debate will force Trump to reckon with his past conduct in real time before millions of TV viewers and in a face-to-face encounter with undecided voters attending this town-hall style debate. Don’t expect the voters, the debate moderators or Clinton to let Trump brush off his remarks that easily.

After watching his standing slip in the polls after the first debate, Round 2 was supposed to be Trump’s chance to turn things around. That’s a steeper climb now. Can Trump keep calm and debate on in the midst of the chaos?

Trump had said earlier in the week that he would not bring up Bill Clinton’s infidelities in the second debate. (He’d hinted about the subject in the first faceoff.) But after the release of Trump’s remarks about grabbing women’s genitals, all bets were off. Trump said in his apology video that “Bill Clinton has actually abused women, and Hillary has bullied, attacked, shamed and intimidated his victims. We will discuss this more in the coming days. See you at the debate on Sunday.” Yes, that was a threat.

Clinton has to decide how best to capitalize on the latest revelations about Trump without overdoing it. With both undecided voters and debate moderators allowed to ask questions of the candidates, Clinton could choose to stand by and let them prosecute the issue as they see fit. Or the famously well-rehearsed Clinton could work up some artful ways to make sure those Trump remarks remain in focus all night.

The furor over the Trump video overshadowed other fresh comments by the Republican nominee that raised eyebrows. Watch to see if anyone brings up Trump’s unsubstantiated claim that the Obama administration was allowing illegal immigrants to come into the country to vote against him. Or his insistence that the five defendants in a 1989 Central Park rape case were guilty even though DNA evidence overturned their convictions.

Clinton will have her own leaked comments to contend with. Leaked transcripts of her private, paid speeches had her expressing support in 2013 for “open trade and open borders.” That’s at odds with her tougher stance on trade as a presidential candidate. Expect Trump to try to capitalize on the revelation, even as Clinton’s own campaign is questioning whether the leaked documents were altered by the Russians.

INCOMING FROM OUT OF LEFT FIELD

The town-hall format for this debate carries its own set of perils for the candidates, with half the questions coming from undecided voters. Off-beat questions can throw off a candidate who’s not prepared for anything and everything. In 1992, President George H.W. Bush struggled when a woman asked him how the national debt had affected him personally. “I’m not sure I get it,” he told her. The exchange left an impression that Bush was out of touch with ordinary Americans.

For this debate, the candidates will be allowed to move around the stage. That adds a new dynamic, especially given the size differential between the 6-foot-3 Trump and Clinton, who’s closer to 5-foot-5. During a 2000 Senate debate against then-Sen. Clinton, Republican Rep. Rick Lazio strode across the stage to prod the New York senator to sign a campaign finance pledge. Lazio’s move was a turnoff; he came across as too pushy.

Trump and Clinton are likely to tussle anew over Trump’s income tax history. In the first debate, Clinton chided Trump for not releasing his tax returns and speculated that he might not be paying any federal taxes. Trump said that shows he’s “smart.” Since then, The New York Times has reported that the billionaire businessman lost so much money in a single year, 1995, that he could have avoided any federal income tax liability for 18 years. Watch how Clinton and Trump refine their arguments for the sequel to their first tax debate.

In their first debate, Clinton baited Trump by needling him on the size of his wealth, his business practices, his insulting comments about women and more. That frequently threw Trump off track. This time, Trump will need to exercise more discipline if he wants to run up the score against Clinton.

Trump will have a fresh chance to bring up some of the Clinton vulnerabilities that he largely let pass during their first debate. Check out how aggressively he digs in on issues such as Clinton’s use of private email as secretary of state, and questions about whether donors to the Clinton Foundation got favourable treatment from the Clinton State Department. He also got a gift this past week from Bill Clinton, who called Obama’s health law and resulting insurance markets “the craziest thing in the world.” It gives Trump a fresh line of attack on Clinton’s support for the health overhaul. 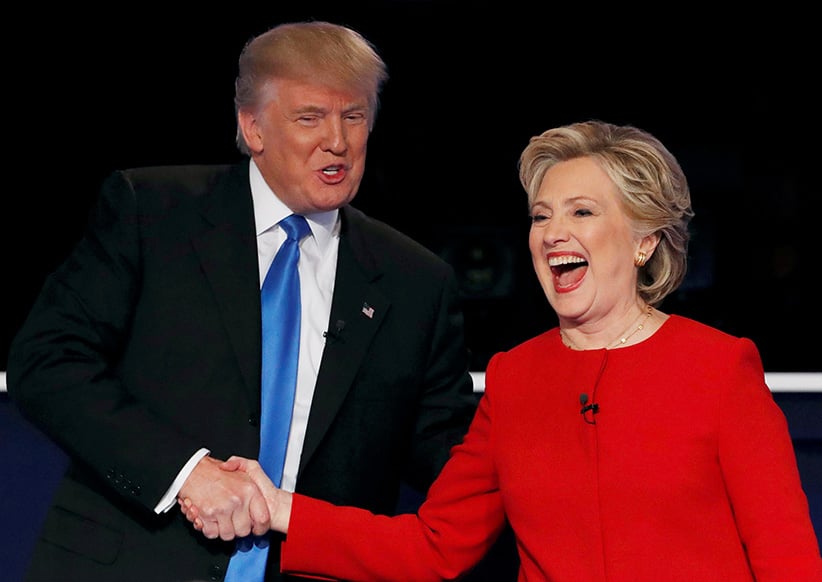 Trump and Clinton at the conclusion of their first presidential debate. (Mike Segar/Reuters)

Will Trump be ready? Clinton’s strong performance in the first debate demonstrated the benefits of practice. Trump, dismissive of the idea of rehearsing before that debate, momentarily seemed to have gotten the message: His campaign announced he was holding a town hall Thursday in New Hampshire. But the event didn’t end up being much of a dress rehearsal. The questions were nearly all softballs submitted by an invitation-only crowd, and Trump didn’t actually interact with the audience.

Turn down the volume and check out the candidates’ body language. Clinton’s saucy shoulder shimmy in the first debate captured her confidence. Trump’s go-to gesture _ forefinger and thumb curled into an A-OK sign _ got excessive, in the view of body language expert Ruth Sherman. It’s “more prevalent when he’s feeling stressed,” she says. What about Trump’s mysterious sniffle? Will it be back?

ABC’s Martha Raddatz and CNN’s Anderson Cooper will moderate this debate and pose half the questions; the rest will come from the audience. Watch the interplay between the moderators and Trump, who has complained about unfair treatment of the GOP ticket by the moderators of both the first presidential debate and the vice-presidential faceoff.

You know it’s coming: What will emerge as the big hashtags from presidential debate No. 2? The first presidential debate produced #Snifflegate and #Shimmy and the vice-presidential faceoff spawned #ThatMexicanThing. The latter popped up after Republican Mike Pence chided Democrat Tim Kaine for whipping out “that Mexican thing again.” Pence made the remark after Kaine for a fourth time brought up Trump’s statement that some Mexican immigrants were rapists.