Trump again goads Canadian-born Cruz on his eligibility to run 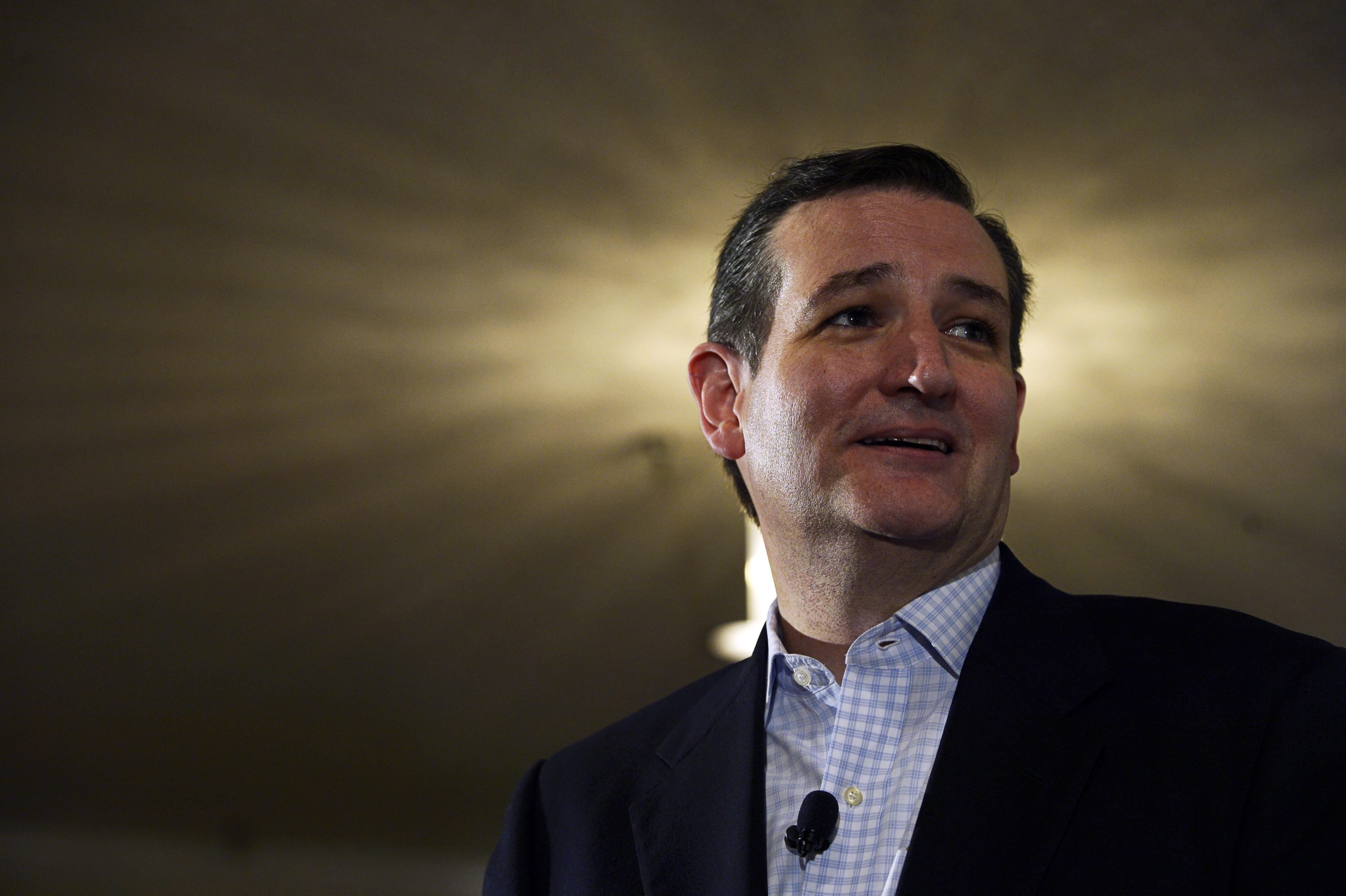 WAUKON, Iowa — Businessman Donald Trump goaded fellow Republican front-runner, Texas Sen. Ted Cruz, over his eligibility to be president and professed bafflement that he’s not beating him in Iowa polls, as a delicate detente between the two became ever more frayed.

The race is intensifying with just over three weeks remaining before the Feb. 1 Iowa caucuses lead off the state-by-state nominating contests. Trump leads Cruz by double digits in national polls, but the Texas senator leads in some Iowa polls, which could give him a boost heading into the Feb. 9 New Hampshire primary.

With Trump in Iowa for the first time in the new year, Iowans were seeing a sharp contrast between the grinding Iowa campaign of Cruz — whose five stops Saturday complete a six-day, 28-event bus tour — and the splashy mega-rallies that have become as much Trump’s brand as his gilded hotels. Both have attracted overflow crowds.

The Texas senator and the billionaire have been quietly circling one another as they work to win over voters in the final stretch leading to the caucuses. The feud escalated Saturday as Trump lashed out at Cruz on multiple fronts before a packed auditorium in Iowa.

“The polls are essentially tied. I don’t get it,” Trump said in the first of several references to Cruz.

And he again questioned whether the Canadian-born Cruz was eligible to be president.

Cruz, who has long maintained there is no issue with his Canadian birth since his mother was a U.S. citizen, repeated Saturday that “the laws and facts are quite straightforward.” The Constitution says only a “natural born citizen” may be president. Legal scholars generally agree the description covers foreign-born children of U.S. parents.

Cruz has been careful not to take on Trump directly, hoping to attract Trump supporters should the political newcomer’s campaign implode. Cruz chalked up Trump’s comments about his eligibility to the political “silly season” and said it’s a non-issue.

But he appeared to offer a counterpunch on Friday, when he suggested that Trump wasn’t devoting the time and energy to wooing Iowa voters that history shows are needed to win.

“I believe the only way to compete and win in the state of Iowa is to come and spend the time asking the voters for their support. Looking them in the eye,” Cruz told supporters.

Trump typically holds a single major rally, then departs. Campaign manager Corey Lewandowski said earlier in the week that Trump has a series of stops planned for the next three weeks leading to the caucuses, including multiple overnight stays.

Yet the usually confident Trump also acknowledged he might not ultimately win the state’s caucuses.