What are the odds of Oprah Winfrey becoming U.S. president?

Scott Gilmore: The health of a democracy is inversely proportional to the likelihood a celebrity will win the next leadership race 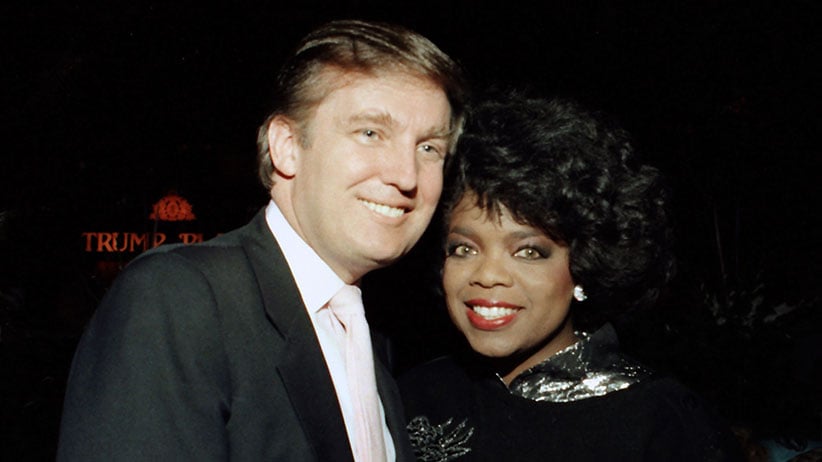 The health of a democracy is inversely proportional to the likelihood a celebrity will win the next leadership race.

Let’s call this the Weah Rule, after George Weah, the newly elected president of the African republic of Liberia. Weah is a high-school dropout who grew up in the slums of Monrovia. He worked as a switchboard operator for the local telephone company before his soccer skills lifted him up to the national team and eventually to the Premier League in Europe where he was famous for his dribbling skills. Two weeks ago, Weah took over one of the hardest jobs on the planet: leading a country battered by civil war and Ebola, where the GDP per capita is less than a used iPhone.

Why did the people of Liberia choose a high-school dropout with excellent ball-handling abilities to tackle the complex economic and governance problems threatening their country? The short answer is that they have given up on the political class who have continually failed them over the last few decades.

Even the incumbent, Nobel Prize winner Ellen Johnson Sirleaf, ultimately let them down. She was extremely good at charming Western countries (particularly ours), and shone on the Davos circuit. And she was relatively good at governing. But she was also very good at promoting her children, and stashing money offshore, and interfering in criminal cases against her relatives.

Of course, the Weah Rule is not limited to Africa. In Haiti, in the aftermath of the 2010 earthquake and the government’s completely inadequate response, many Haitians turned their hopes to Wyclef Jean, a famous rapper. In the late 1990s, following the crisis-plagued presidency of Fidel Ramos, the Philippines elected movie star Joseph Estrada. Chronically dysfunctional Pakistan has cricket star Imran Khan. In India, a country long notorious for its corrupt and ineffective parliament, dozens of Bollywood actors have been elected into office.

In all these cases, the people did not vote for the celebrities because they thought singing or acting skills would be useful in office. Their decision was more emotional. The people, dismayed by their politicians, wanted an avatar—a champion they trusted—to take control on their behalf. And, while it may not be obvious, an essential element of celebrity is trust.

We instinctively trust the famous people we admire from afar. Without even thinking about it, we assume they are on our side, they will not let us down. In a recent poll by Reader’s Digest, 45 of the 100 most trusted people in America were actors or TV personalities.

Which brings us to Oprah. After a rousing speech at the Golden Globe Awards, America was seized with the possibility she would be running for president. It was leaked soon after that she was exploring the possibility, news that sent millions into an ecstatic fit.

In a matter of hours, the betting houses had already placed her as the seventh most likely candidate to run for office in 2020 with 16 to 1 odds, just ahead of movie star Dwayne “The Rock” Johnson.

Americans who are excited about the chance to put Oprah into the Oval Office trust her to be one of the good guys. Which is in stark contrast to the other politicians they compare her to. These are either members of their own party who have failed to meet expectations, or vilified members of the other party. According to Gallup, Congress’s approval rating stands at 17 per cent; the president’s is 39 per cent. Americans of all political stripes believe the political system is a mess, and are desperate for a faithful hero to clean house.

Trump himself is a product of this telescopic trust. Millions of Americans turned to him because they believed he would be their guy, that he would drain the swamp and give the government back to the people.

Will Americans now turn to Oprah as their new saviour?

I actually think the odds are much higher than 16 to 1. The state of democracy in the United States is not healthy. Partisanship is at an all-time high. Trump has the lowest approval rating of any modern president at this stage in his administration. Gerrymandering has gotten so out of hand that political scientists no longer classify states like South Carolina as meeting the definition of “democratic.”

As a result, according to data from the Pew Research Center, American trust in government has reached an historic low. In this context, I think it is entirely possible that the instinct to find a trusted celebrity champion that swept the red states in 2016 will quite possibly sweep the blue states in 2018.