Trump on NAFTA renegotiation: 'That's gonna be an easy one'

Trump's rally comes after difficult negotiations on reforms to U.S. health legislation, and revelations of an FBI investigation 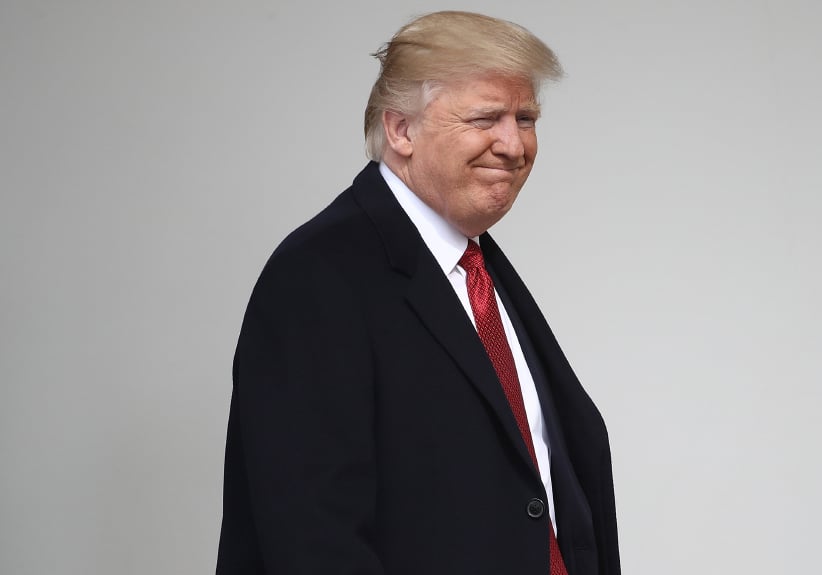 U.S. President Donald Trump walks to a waiting Marine One helicopter while departing the White House on March 15, 2017 in Washington, DC. Trump is scheduled to travel to Michigan and Tennessee today. (Win McNamee/Getty Images)

WASHINGTON, United States of America – U.S. President Donald Trump has signalled his desire to shift his focus to renegotiating trade deals like NAFTA, after a bumpy patch marked by controversy involving Russia and internal debates over an unpopular health bill.

He told a rally crowd that he soon wants to get to the North American Free Trade Agreement and tax cuts, speaking to supporters Monday after the FBI announced it was investigating possible criminal activity linking Trump campaign associates to Russian email hackers.

It comes after weeks of difficult negotiations on reforms to U.S. health legislation, with polls suggesting little support for the Republican health reform even among party supporters themselves.

Trump said he can’t wait to get to other priorities — one is tax cuts and the another is renegotiating trade deals including the one with the U.S.’s neighbours, which he blasted daily on the campaign trail.

“Somebody said to me, ‘When are you starting on NAFTA?’… I’ve been here like 51 days. Give me a chance. … We’re going to do something with NAFTA that you are gonna be very, very impressed with.

“That’s gonna be an easy one, folks.”

Trump, who just passed the 60th day of his presidency, has suggested he only wants minor tweaks with Canada in the old trade deal. Yet some lawmakers who would be consulted by the White House and would vote on any deal have suggested they want significant changes, including loosening Canada’s dairy and poultry controls.

Before important trade negotiations can begin, these lawmakers must be consulted for at least 90 days under U.S. law. Members of Congress are awaiting that 90-day signal from the White House.

That means NAFTA negotiations couldn’t start before summer, at the earliest.

This isn’t the first Trump has teased an imminent NAFTA move. In early February, he said: “(We) will be very soon, as soon as we get the go-ahead. … We want to get that whole thing kick-started and going.”

But the White House is now eager to start talking trade, Politico reported Monday night. It said Trump preparing to order a review of all U.S. trade deals and quoted one senior administration official: “NAFTA is going to be at the top of the list.”

A question mark looming over the NAFTA process is whether the president can start consulting Congress before his trade nominee is confirmed — the law says that’s the person with the legal responsibility to do it.