Indiana Gov. Mike Pence had emerged as a late favourite for the job, but Trump said his decision wasn't final 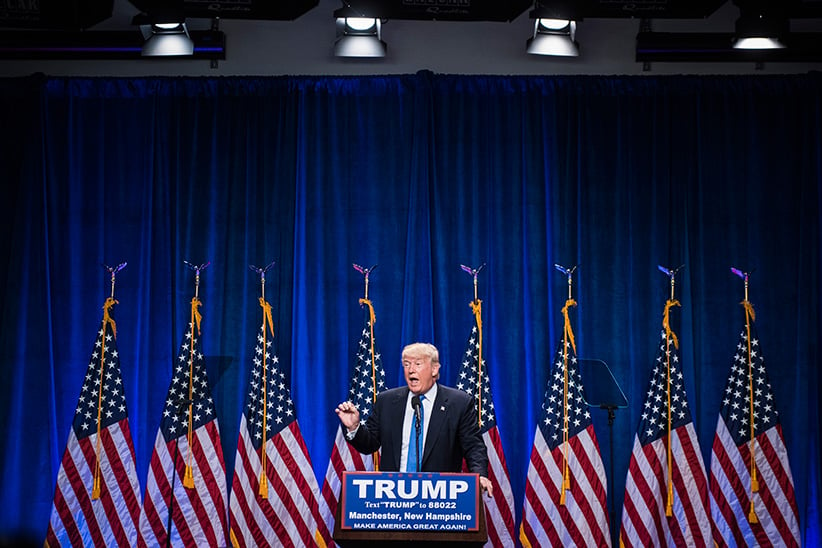 Trump had planned to hold his first event with his yet-to-be-named running mate Friday morning in New York. He announced the change of plans Thursday evening on Twitter.

The stunning announcement raised questions about the status of Trump’s selection process. Indiana Gov. Mike Pence had emerged as a late favourite for the job, though Trump said he had not finalized the pick and advisers cautioned he could change his mind.

“I haven’t made my final, final decision,” Trump said on Fox News Channel. He said that while his running mate selection would “absolutely not” be changed by the France attack, he did not feel it was appropriate to hold a news conference in its aftermath.

Dozens of people were killed late Thursday in the French resort city of Nice when a truck drove onto a sidewalk and plowed through a crowd of Bastille Day revelers who’d gathered to watch fireworks.

After spending much of Thursday in Indianapolis, Pence flew to New York late in the day, according to a Republican familiar with the process. Indianapolis television station WTHR posted a video showing Pence arriving at a private airport outside New York early Thursday evening.

Trump did not say when he planned to announce his running mate. He’s up against a clock: The Republican convention kicks off in Cleveland Monday.

Top party officials are already in Cleveland, grappling with a rules fight that increased the odds of nationally televised clashes at the convention. Talks broke down Thursday between party leaders and recalcitrant conservatives seeking to “unbind” convention delegates and let them back any presidential candidate they’d like.

Conservatives hope that would lead to delegates blocking Trump’s nomination.

The convention and vice-presidential announcement give Trump back-to-back opportunities to reassure Americans — as well as leaders within his own party _ that he’s prepared for the presidency.

Pence, a staunch conservative who served six terms in Congress, is seen as a running mate who would have the backing of GOP leaders and ease some of their concerns about Trump’s political inexperience and volatile temperament.

He has influential allies in Trump’s inner circle. But some of Trump’s children, who have been closely advising their father, are said to favour different candidates.

Campaign chair Paul Manafort was among those urging caution in assuming any decision Thursday, saying on Twitter that Trump’s choice “will be made in the near future.”

As the day began, it appeared the decision would come quickly. Gingrich, the fiery Republican who helped define the political battles of the 1990s, told The Associated Press that Trump was supposed to let him know something in the afternoon. But by early evening, Gingrich told the AP he had heard nothing from Trump or others in the campaign.

Other Republicans with knowledge of the process said there had been no calls to Pence or Christie, either.

The top contenders have been vetted by a top Washington lawyer and all have spent time with Trump in recent days. But the final decision rests with the candidate, who is known for making decisions more on instinct than other factors _ and for sometimes changing his mind.

Trump was in California Thursday for several fundraisers. His schedule put him at a distance from many of his closest advisers, including Manafort and his three oldest children.

Pence is running for re-election, but Indiana law prevents him from seeking two offices at once. He faces a Friday deadline to withdraw from the governor’s race.

The paperwork has been drawn up for him to take that step, according to a Republican, who insisted on anonymity because that person was not authorized to publicly discuss the plans. However, those documents have not been filed.

Christie, in New Jersey, said in an interview with MSNBC, “No matter what phone call (Trump) makes to me today, I will take a deep breath and prepare for tomorrow.” That interview came hours before David Samson, whom Christie appointed to chair the powerful Port Authority of New York and New Jersey, pleaded guilty to scheming to get United Airlines to run direct flights between New Jersey and South Carolina, where he has a vacation home.

Gingrich was the most visible of the contenders. As speculation about his future swirled, he calmly answered questions about the selection process on Facebook Live, saying he had told Trump the choice was between having “two pirates on the ticket or a pirate and a relatively stable, more normal person.”

Beyond their political backgrounds, the finalists bring different strengths to the ticket.

Pence, 57, has deep ties to evangelical Christians and other conservatives, particularly after signing a law last year that critics said would have allowed businesses to deny service to gay people for religious reasons. But the move alienated some moderates in the party.

Trump took notice of Pence during the Indiana primary, noting that the governor had high praise for him despite endorsing one of his rivals.

Gingrich, 73, is something of a rabble-rouser who has spent decades in Washington. He has been a steadfast Trump defender for months and has become a trusted adviser to the businessman.

So, too, has Christie. The New Jersey governor quickly endorsed Trump after ending his own presidential bid, stunning many of his supporters.

A former U.S. attorney, Christie, 53, is widely seen as one of his party’s most talented politicians and has proven himself an effective “attack dog” on the trail. He has also taken on the important role of heading Trump’s transition planning.