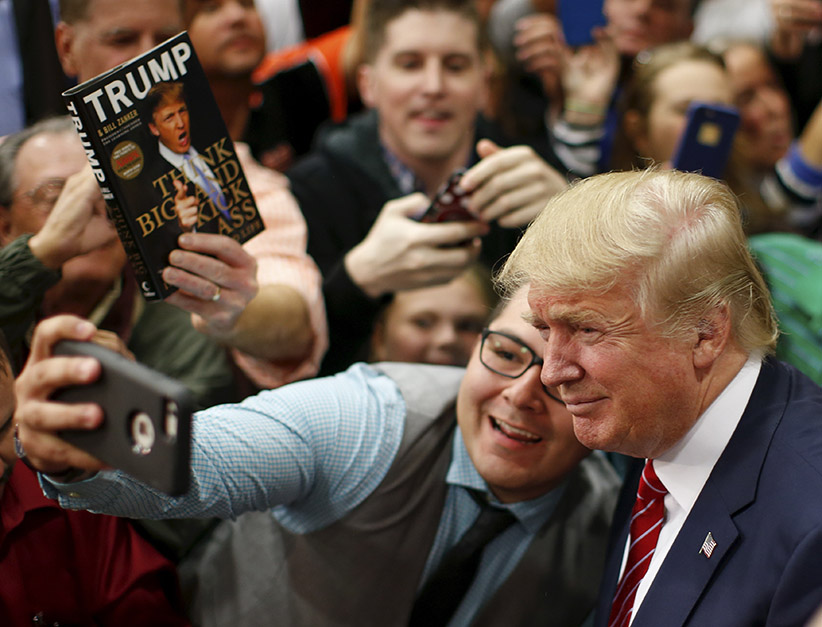 WASHINGTON — Donald Trump is reviving memories of Bill Clinton’s affair with a White House intern and his turbulent interactions with black voters during South Carolina’s 2008 primary as the ex-president campaigns for his wife in New Hampshire.

Trump’s latest broadsides on the Clintons — a potential preview of a nasty, personal general election — appear beneficial to both as they seek to energize voters leading into the first primary contests. But, some observers warn, they could pose a long-term risk for Trump in his effort to succeed President Barack Obama.

“If Hillary thinks she can unleash her husband, with his terrible record of women abuse, while playing the women’s card on me, she’s wrong!” Trump said on Twitter on Monday to his nearly 5.5 million followers.

“Remember that Bill Clinton was brought in to help Hillary against Obama in 2008. He was terrible, failed badly, and was called a racist!” he added late Monday night.

The attacks are the latest in an escalating feud between Trump and Hillary Clinton, who have been spending more time focused on each other as the first nominating contests draw nearer. Both are leading preference polls nationally — though Trump appears increasingly vulnerable in Iowa, while Clinton faces a challenge from Vermont Sen. Bernie Sanders in New Hampshire.

In taking on Bill Clinton, Trump is drawing upon two longstanding Republican critiques against the former president that have received scant attention thus far: the ex-president’s affair with White House intern Monica Lewinsky during the 1990s and his dust-up with black voters during the 2008 South Carolina primary.

After Obama’s win, the former president noted that Jesse Jackson had won South Carolina’s primary in 1984 and 1988 — victories that didn’t lead to the Democratic nomination. The remarks angered many black voters and officials in the state, who viewed it as an attempt to diminish Obama, then Hillary Clinton’s main rival.

In a phone interview with NBC’s “Today Show,” Trump said Tuesday that his comments about Bill Clinton were “fair game” after Hillary Clinton accused him of having a “penchant for sexism.” Her remark was in response to Trump saying Clinton had been “schlonged” by Obama in the 2008 nominating contest.

He also said he doesn’t personally believe Bill Clinton is a racist and was simply recounting what was said about the ex-president at the time.

Democrats predicted Trump’s comments would backfire in a general election against Clinton, who has appealed to women and minority voters at the heart of the coalition that twice elected Obama.

Rep. James Clyburn said in an interview that Trump’s comments on race were aimed at tamping down “black excitement and participation” in the upcoming election. “He’s trying to tarnish Mrs. Clinton and in doing so is misrepresenting what was said,” by the former president, said Clyburn, who has remained neutral in the Democratic primaries.

In 2008, Trump himself called Clinton’s affair “totally unimportant” and called efforts to impeach the president “nonsense” — comments he brushed off Tuesday as necessities of business.

Trump’s comments came as Bill Clinton planned campaign events in New Hampshire, on Monday for his wife’s campaign, a short distance from a planned Trump stop in Lowell, Massachusetts. In past campaigns, the former president has helped Democrats appeal to white, working-class men, the types of voters who left the party during the Obama era and helped fuel Trump’s rise this year.

Republicans warned there are long-term risks in going after the former president. Bill Clinton remains one of the country’s most popular political figures, with 59 per cent of Americans viewing him favourably, according to a Gallup poll in May.

Hillary Clinton, who has been embracing the possibility of becoming the country’s first female president, has also benefited when she has been perceived to have been unfairly attacked by men.