Trump says he'll do more for women as president than Clinton

Trump tries to argue that Hillary Clinton, a lifelong champion of women's rights, had failed in her objectives. 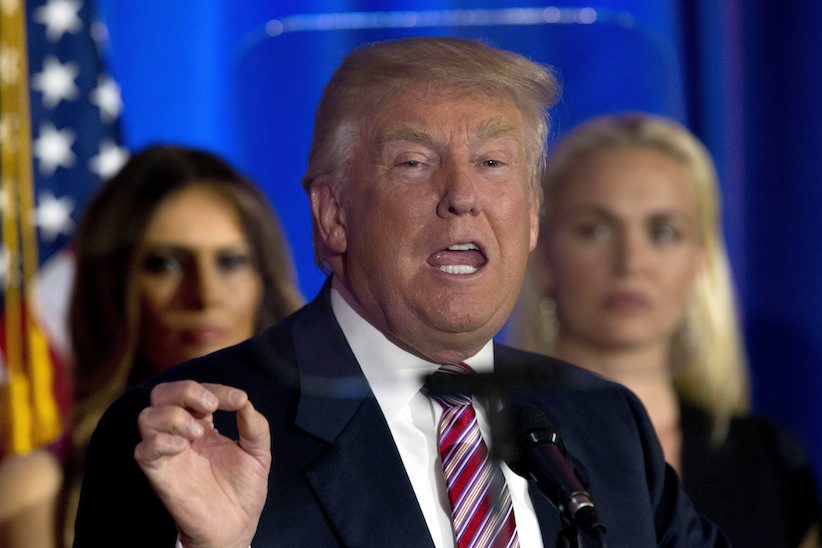 ROANOKE, Va.—Republican presidential candidate Donald Trump tried to make the case Saturday that he’d do more to help women from the White House than Democratic rival Hillary Clinton, a lifelong champion of women’s rights who would become the nation’s first female president.

The appeal came hours after Trump threatened on Twitter to invite a woman who’d had an affair with Clinton’s husband, former President Bill Clinton, to sit in the first row at Monday’s presidential debate. The Clinton campaign had invited Mark Cuban, a fellow billionaire and Trump rival, to the debate.

“If dopey Mark Cuban of failed Benefactor fame wants to sit in the front row, perhaps I will put Gennifer Flowers right alongside of him!” Trump said.

Trump’s campaign officials did not respond to requests for comment on Saturday, and it remained unclear whether Flowers would actually attend.

Clinton’s campaign spokeswoman Jennifer Palmieri responded: “Hillary Clinton plans on using the debate to discuss the issues that make a difference in people’s lives.” She added: “It’s not surprising that Donald Trump has chosen a different path.”

Trump has been criticized throughout the campaign for crass comments he has made about women in the past, including insults about their physical appearance. Clinton’s campaign has tried to capitalize on those comments, including with a new add that features images of adolescent girls looking at their reflections as audio of Trump’s comments play.

The tweet on Saturday underscored the challenges Trump faces as he attempts to close his deficit among female voters, whom polls show favour Clinton by significant margins.

Trump had all but ignored issues like child care and maternity leave until the Republican National Convention when his daughter, Ivanka, suddenly said her father would work to provide affordable childcare for women. Clinton, on the other hand, released a policy a year ago and has spent much of her life advocating for women and girls.

After graduating from law school, Clinton worked for the Children’s Defence Fund. She also co-founded the Arkansas Advocates for Children & Families early in her career and delivered a seminal speech as first lady declaring that “women’s rights are human rights.” As secretary of state, she stressed the importance of women’s rights in of U.S. foreign policy.

But on Saturday, Trump tried to argue that Clinton had failed in her objectives.

“Why has she provided no relief for the millions of Americans in search of affordable, reliable, quality childcare?” he asked at the rally, suggesting that in Clinton’s roles as first lady, senator or secretary of state, she had the power to implement that kind of program on her own.

Trump also pointed to his own record of hiring women to some of the highest positons in his company and campaign.

Trump is indeed the first Republican nominee to hire a woman as his campaign manager. And he has a history of hiring women to high-profile leadership positions, which was especially rare in the real estate industry in the 1980s and 1990s.