Trump stumbling in Wisconsin as forces coalesce against him 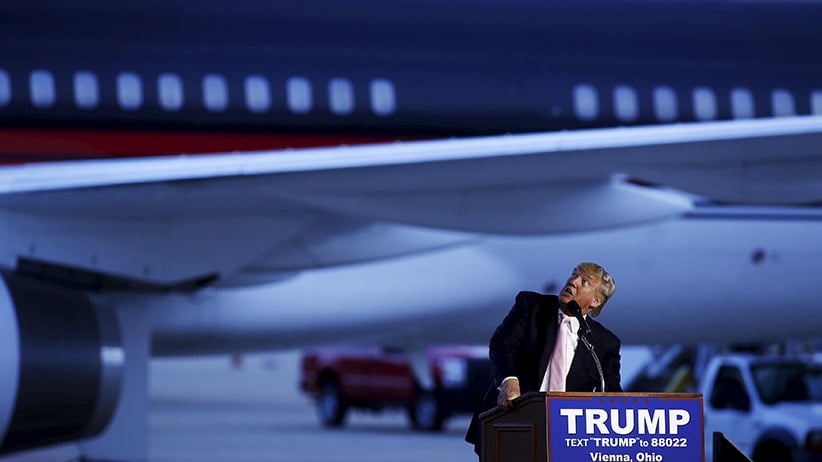 MADISON, Wis. — The Wisconsin presidential primary on Tuesday is emerging as a crucial lifeline for Republicans desperate to stop Donald Trump’s march to their party’s nomination. One of his worst weeks of the 2016 campaign is colliding with a state already skeptical of his brash brand of politics.

A big loss for Trump in Wisconsin would greatly reduce his chances of securing the delegates he needs to clinch the Republican nomination before next July’s national convention. It could also offer new hope to rival Ted Cruz and outside groups that see Trump as a threat to the future of the Republican Party.

“I think the whole country is looking to Wisconsin right now to make a choice in this race, and I think the choice Wisconsin makes is going to have repercussions for a long time to come,” Cruz said Thursday in an interview with Milwaukee radio station WTMJ.

Trump’s view is rosier for his own campaign: “If we win Wisconsin, it’s pretty much over.”

But almost nothing has gone right for him since Wisconsin stepped into the primary spotlight.

Even before he arrived, Trump was skewered in interviews with a trio of Wisconsin’s influential conservative talk radio hosts. On Tuesday, just hours before his first campaign stop, two-term Gov. Scott Walker threw his support behind Cruz, of Texas.

Much of the trouble that followed was of the Trump campaign’s own making. Corey Lewandowski, Trump’s campaign manager, got slapped with a charge of simple battery for an altercation with a reporter. Then Trump was forced to walk back his assertion that women should be punished for getting abortions, a comment that managed to unite both sides of the abortion debate in fierce opposition to his statement.

“As soon as he stepped foot in Wisconsin the mask finally came off,” said state Rep. Jim Steineke, the Republican majority leader in the Wisconsin Assembly. “Part of it is just the Wisconsin nice. We don’t take too kindly to people who act the way Donald Trump acts.”

A week before the primary, a poll run by Marquette University Law School showed Trump lagging Cruz by about 10 points — a dramatic fall for the candidate who led in the same poll last month.

If Cruz sweeps all the delegates in Wisconsin, Trump will need to win 57 per cent of the remaining delegates in other states to collect the 1,237 he needs to clinch the nomination. So far, he has won 48 per cent of all delegates awarded.

Wisconsin offers 42, putting it in the middle of the pack of primary prizes. But the state’s stature in Republican politics and its position on the calendar—no other state votes until April 19—have elevated its importance. Though the state has voted for Democrats in the past several presidential elections, it boasts prominent national party leaders including Walker, House Speaker Paul Ryan and Republican National Committee Chairman Reince Priebus.

Anti-Trump groups say they have benefited from the primary calendar. Super PACs and rival campaigns have been able to focus narrowly on Wisconsin for nearly two weeks.

Planned Parenthood and Priorities USA, two groups working to elect Hillary Clinton, have teamed up for their first anti-Trump advertisement of the election year, a 30-second spot playing on websites that features Trump’s abortion comment.

“When it comes to women, the Republican front-runner is demeaning, insulting and dangerous,” the ad reads.

Clinton herself is hardly silent. She said Thursday in Purchase, New York: “Donald Trump is showing us exactly who he is and we should believe him. But let’s remember this, all the Republican candidates want to make abortion illegal.”

While Wisconsin may provide a much-needed jolt to Trump opponents, the real estate mogul will soon find himself back in friendly territory. The next contest awaiting Republicans comes April 19 in New York, Trump’s home state and one of the biggest delegate prizes up for grabs.

Clinton, a former New York senator, holds a formidable lead among delegates but opponent Bernie Sanders hopes a series of recent victories out West might turn into a springboard for a win in Wisconsin.