'I will tell you at the time. I will keep you in suspense,' Republican nominee tells American voters 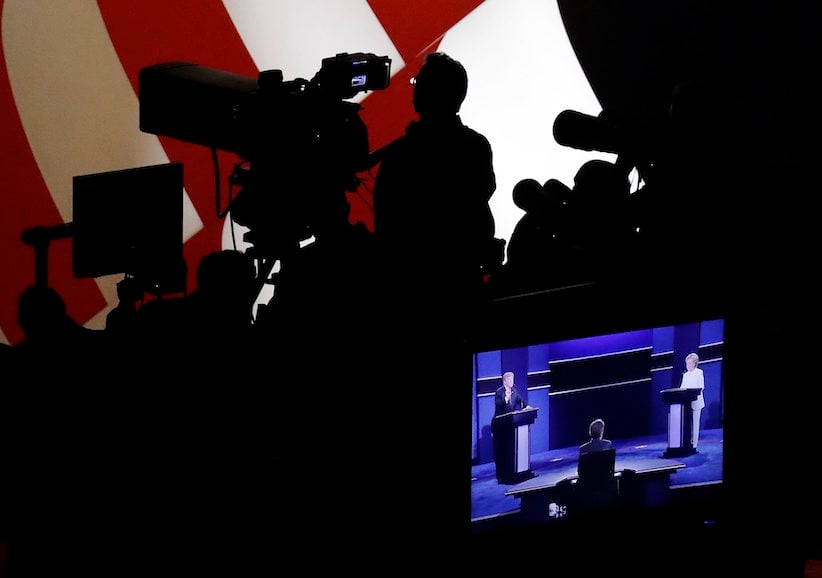 WASHINGTON — Donald Trump refused to confirm he will accept the U.S. presidential election result if he loses, in a combustible exchange Wednesday during the final debate and potentially his last chance to turn the campaign around.

Both the debate moderator and his opponent expressed astonishment and pressed him to explain himself over a position the two deemed unique in the recent history of one of the world’s oldest democracies.

When asked whether he’ll accept the result Trump said: “I will tell you at the time. I will keep you in suspense.”

His opponent Hillary Clinton replied that he’s a sore loser who frequently raises conspiracy theories, including when he lost an Emmy award for his TV show, ”The Apprentice.” She added, however, that this is far more serious.

”That’s horrifying,” Clinton said of his refusal to commit to respecting the result.

”We’ve been around for 230 years. We’ve had free and fair elections… He is denigrating, he is talking down our democracy. And I for one am appalled that someone who is the nominee of one of our two major parties would take that kind of position.”

Trump entered the third and final debate facing the monumental task of turning around this presidential race, confronting the forces of history, electoral mathematics and his deep personal unpopularity.

Nobody in the era of modern opinion polling has recovered to win the presidency when trailing by such margins at this late stage in the race, with the election in less than three weeks and advance voting already underway.

Trump responded that the system was rigged in Clinton’s favour _ that the media were biased for her; and that she should have been charged for her improper handling of sensitive documents in her emails.

An annoyed Trump said at the end: “Such a nasty woman.”

Another spirited exchange involved Russia’s role in the election, with the candidates accusing each other of being Vladimir Putin’s puppets. The exchange started when the moderator mentioned emails hacked from the Democratic campaign, which include a transcript of Clinton telling a bank she dreams of open borders and free trade.

Clinton responded in passing that she was referring to trade in energy. She then turned to the emails themselves. She noted that numerous intelligence agencies have accused Russia of stealing emails and posting them on Wikileaks, in what she called an unprecedented effort by Putin to influence a U.S. election.

”That’s because he’d rather have a puppet as president of the United States,” Clinton said.

”He has a clear favourite in this race. … I find that deeply disturbing.” 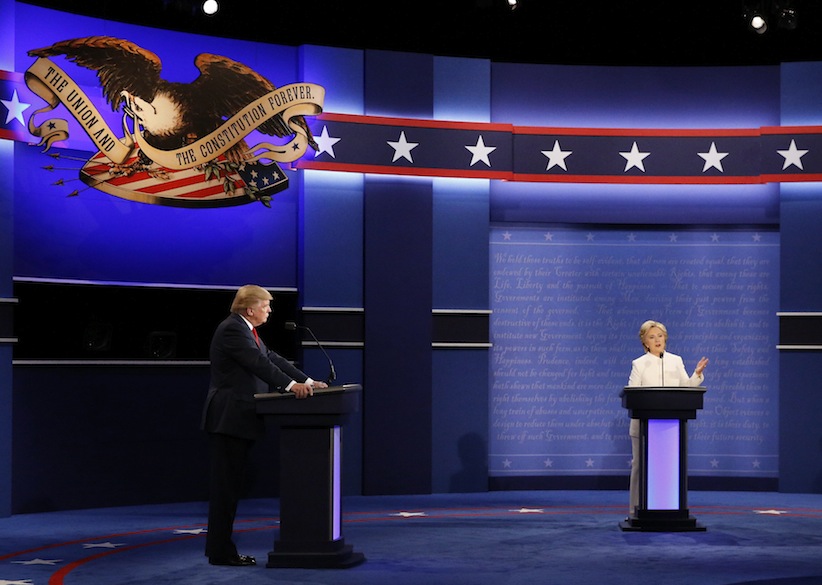 Trump shot back: ”No puppet. You’re the puppet.” When pressed on whether he believed American intelligence agencies, Trump said he doubted them.

There were more substantive exchanges over abortion, gun control and immigration _ places where the candidates differ. Trump wants to appoint anti-abortion judges and allow states to decide the issue. He accused Clinton of favouring late-term abortions _ which he called ripping babies from the womb. Clinton countered that late-term abortions are often the result of medical emergencies and said the government should butt out.

They sparred on immigration.

Clinton derided the idea of deporting millions of undocumented people, splitting up families and sending them away on trains and buses. Trump countered by referring to his four guests in the audience related to people killed by undocumented immigrants.

“We have some bad hombres here,” Trump said, using the Spanish word for ”men.”

Trump disputes polls showing him losing. He says the media only hype the bad ones for him. There is no shortage of so-called bad ones. Of the last 25 national head-to-head polls compiled by the website RealClearPolitics, Trump led just one. Clinton’s margin of victory had grown to an average of about seven percentage points.

Wednesday was likely his final campaign opportunity to speak to a prime-time audience of this size.

Every scientific survey conducted afterward suggested viewers felt he lost. While ardent Trump fans profess their support on unscientific online surveys, more credible polls show there is resistance to his candidacy from one important group of Americans — suburban women.

One poll from Fox News this week shows him losing suburban women by a whopping 24 per cent gap, causing him to trail significantly in the suburbs — which Mitt Romney won.

The other disheartening news for Trump’s hopes of a turnaround: third debates tend not to matter much. Historically, they have drawn the smallest audiences, and made the tiniest impact on voting intentions.