Turning back on Trump, Koch brothers' network focuses on Senate 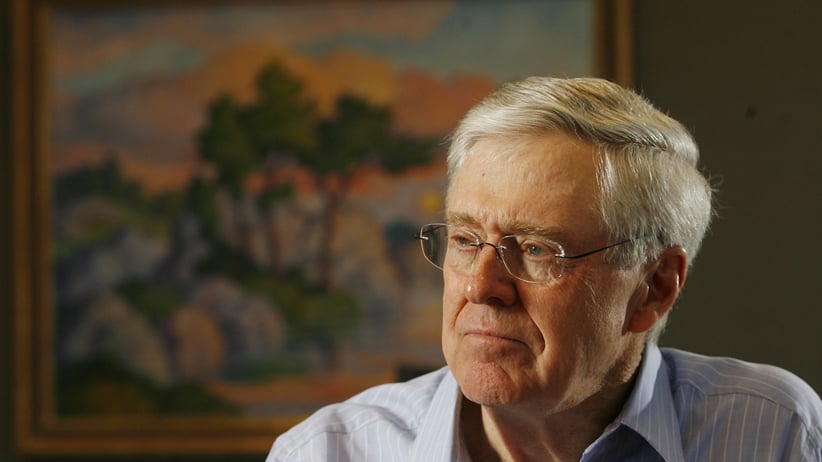 That’s the message from the heads of the billionaire industrialist Koch brothers’ vast policy and political network who gathered with hundreds of the nation’s most powerful Republican donors this weekend in a luxury hotel at the foot of the Rocky Mountains.

With Election Day just three months away, they are refusing to support the Republican presidential nominee, focusing their tremendous resources instead on helping the GOP win competitive Senate contests in states like Ohio, Pennsylvania and Wisconsin. Koch’s chief lieutenants barely mentioned Trump’s name when asked repeatedly by the handful of reporters permitted to cover the exclusive weekend retreat.

“We think we can be most effective working on the Senate,” said Tim Phillips, president of Americans for Prosperity, a major player in the vast Koch network. “We’re not engaged on the presidential.”

The comments came Sunday, on Day Two of a three-day gathering for donors who promise to give at least $100,000 each year to the various groups backed by the Koch brothers’ Freedom Partners _ a network of education, policy and political entities that aim to promote a smaller, less intrusive government.

The ambitious Koch network has invested hundreds of millions of dollars to influence politics and public policy over the last decade. The network planned to invest heavily in the 2016 presidential contest, but sharply changed its course after the brash billionaire became the Republican standard-bearer.

“We’re focused on the Senate,” said Mark Holden, general counsel and senior vice-president of Koch Industries, noting that none of the presidential candidates are aligned with the Koch network “from a values, and beliefs and policy perspective.”

“We’re much safer,” Holden said. “That’s what the data shows.”

And Charles Koch himself has objected to the tone of the presidential race, describing the solutions offered from some politicians this campaign as “frightening”—even if he was unwilling to call out Trump by name. The patriarch of the Koch family described the 2016 “political situation” this way: “We don’t really, in some cases, don’t really have good options.”

The day before, Trump thumbed his nose at the Koch gathering from Twitter.

“I turned down a meeting with Charles and David Koch,” the New York billionaire tweeted. “Much better for them to meet with the puppets of politics, they will do much better!”

The weekend’s agenda for the estimated 400 donors gathered in Colorado Springs featured a series of policy discussions and appearances from at least three governors, four senators and four members of the House of Representatives, including House Speaker Paul Ryan.

Charles and David Koch have hosted such gatherings of donors and politicians for years, but usually in private. The weekend’s event includes a small number of reporters, including one from The Associated Press.

Koch has put the network’s budget at roughly $750 million through the end of 2016.

In some cases, the network may try to link Democratic Senate candidates to Clinton, he added, but there are no plans to go after her exclusively in paid advertising. The organization may invest in a handful of races for governor and House of Representatives as well.

And while the network will not be a Trump ally, it won’t necessarily be a Trump adversary either.

“We have no intention to go after Donald Trump,” Holden said.