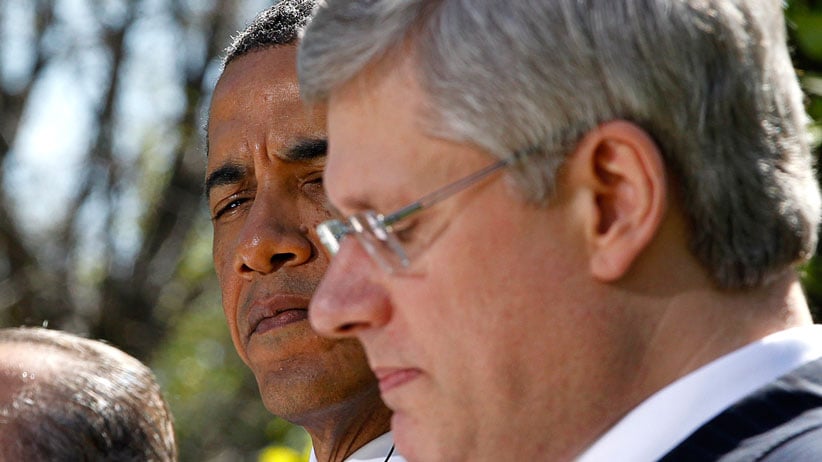 WASHINGTON — A U.S. lawmaker boldly predicted Tuesday that President Barack Obama is about to reject the Keystone XL pipeline, after years of delay and debate.

The surprise statement came on floor of the U.S. Senate, from an unexpected source.

Sen. John Hoeven, a Republican critic of the president and a staunch defender of the Canada-to-Texas pipeline project, is unlikely to be privy to White House planning.

But rumours of an imminent rejection have swirled around Washington in recent days and Hoeven made them very public. In a chamber speech, he claimed to know what Obama will decide, when he’ll decide it and what logic he’ll use in making his long-awaited announcement.

The repercussions of a decision could ripple beyond the oil industry and environmental movement and make themselves felt on the campaign trail in upcoming elections in both Canada and the U.S.

The North Dakota senator said the president will make the announcement after Congress adjourns in two weeks for its summer recess, when Washington is quiet.

“Sources tell me that after almost seven years, President Obama is going to turn down the Keystone XL pipeline project,” Hoeven said.

“He’ll wait until Congress is out of session for August. And then he’ll turn the project down while Congress is not in session, to have less pushback, less criticism of his decision if you will, make it under the radar.

“That’s understandable, because he’s making a political decision rather than a decision based on the merits.”

He said Obama will base his decision on environmental grounds _ and he blasted the president for that, saying his own State Department concluded the pipeline wouldn’t increase pollution.

If the rejection comes, Hoeven previewed a line of attack Republicans will use: A comparison with Iran. Hoeven noted the irony of denying a permit to a Canadian oil project, right after the Obama administration agreed to a nuclear deal that allowed an increase in Iranian oil exports.

“The president is making it harder to produce energy at home, here in our country and get energy from our closest friend and ally, Canada, (but) he wants to make it easier to produce oil in Iran. Think about that.”

Keystone XL would carry about one-quarter of the oil Canada exports to the U.S. each day and ease potential bottlenecks on rail lines, but its U.S. opponents argue that it would help develop one of the world’s dirtiest sources of oil.

The issue has become a fault line in the U.S. debate over climate change and energy politics. Republicans staunchly support the project. Democrats are divided and the issue has proven especially uncomfortable for presidential contender Hillary Clinton, who sidestepped a question about it for the second straight day Tuesday.

Her rival Jeb Bush criticized her, in a possible foreshadowing of the 2016 presidential campaign: “The president has to make lots of tough calls,” Bush tweeted after the latest Clinton non-answer.

“Supporting Keystone XL and North American energy security is an easy one.”

The issue also has political overtones in Canada.

The NDP has expressed opposition to the project. The Liberals support it, and blame the Harper government’s inaction on climate change for making Canadian oil controversial in the U.S. The Harper government also included a domestic political shot in its reaction to Tuesday’s news from the U.S..

Asked about Hoeven’s remarks, the Canadian government issued a statement saying it didn’t want to interfere in the American debate, but would continue defending the pipeline.

The statement concluded with: “Justin Trudeau says Canada needs a price on carbon. His risky scheme would set hard-working Canadian families back and hurt Canada’s economy and competitiveness.”

The White House and State Department did not immediately respond to a request for comment on Hoeven’s remarks.