On a night of many firsts, the Democrats win a House majority to check Donald Trump's power—but lose some high-profile races 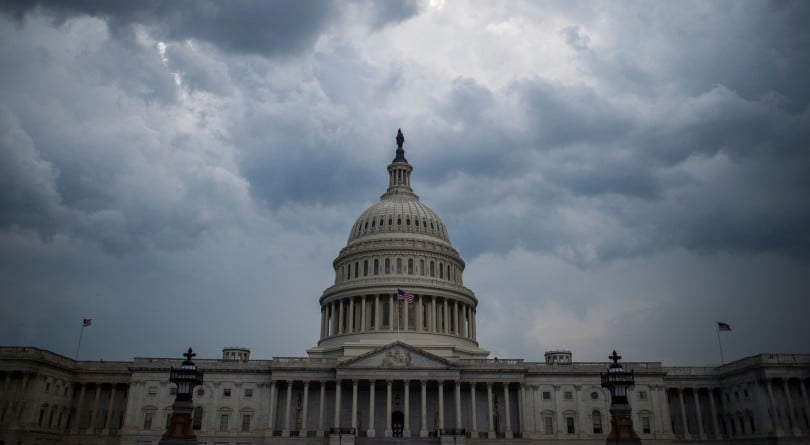 WASHINGTON—Democratic candidates buoyed by widespread opposition to Donald Trump seized the balance of power on Capitol Hill, but Tuesday’s U.S. midterm elections failed to produce what critics had hoped would be an even more scolding rebuke of the most controversial and divisive president of the modern era.

For weeks, pollsters have been projecting that the Democrats would succeed in their bid to turn 23 seats and claim a majority in the 435-seat House of Representatives. But they also predicted that Republicans would maintain control of the Senate—a result that would leave a divided Congress that untethered some of Trump’s most vociferous political challengers.

READ MORE: What a Democrat-controlled House means for the new NAFTA deal

Abigail Spanberger, a 39-year-old political newcomer who spent nearly a decade as a CIA operations officer working on counterterrorism and nuclear proliferation cases, unseated a two-term Republican congressman in Virginia’s 7th District. That district had been held by the Republicans since 1971.

And in New York’s 14th congressional district, Alexandria Ocasio-Cortez cruised to victory after becoming the national face of young, discontented Democrats—often women and minorities—trying to shove their party to the left. At 29, she is now the youngest woman ever elected to Congress.

READ MORE: A report from an American town where toxic politics has torn apart towns, friends and families

A Democratic House represents a likely threat to Trump’s legislative agenda for the next two years, and provides Democrats subpoena power to investigate the president—his long-elusive tax returns are high on their wish list—or even trigger impeachment proceedings, although that seems unlikely with a Republican Senate.

“Tomorrow will be a new day in America,” said Democratic Leader Nancy Pelosi.

Election day’s gubernatorial races were key too, since they determine control of state governments that ultimately decide how electoral districts are redrawn, shaping the path to victory for presidential hopefuls in 2020. Democrats managed to reclaim governor’s seats in several key states marking significant steps in their nationwide strategy to reverse years of Republican gains in state capitols.

Still, their victories in Kansas, Illinois, Michigan, Maine and New Mexico were balanced by Republicans holding on to one of the top prizes, Florida, where Tallahassee Mayor Andrew Gillum—aspiring to be the state’s first African-American governor—conceded defeat in a taut battle with Republican challenger Ron DeSantis. The GOP also held the governor’s offices in Ohio and Arizona. All three states will figure prominently in the presidential map in two years.

READ MORE: The rise of the radical left in America’s Democratic Party?

As of this writing, two other high-profile gubernatorial races—Democrat Stacey Abrams vying to become America’s first African-American female governor against Republican Brian Kemp in Georgia, and Democrat Tony Evers looking to unseat Wisconsin’s longtime GOP governor Scott Walker—are too close to call, and recounts are being mooted in both states.

Indeed, the Democrats’ aspirations of an even more impressive breakthrough faded away as the night wore on, even after the news that they had won back the House.

Florida’s Democratic senator, Bill Nelson, suffered a narrow loss at the hands of Republican opponent Rick Scott, with all signs pointing towards the GOP actually widening its Senate majority as Democratic Sen. Heidi Heitkamp of North Dakota and Missouri’s Claire McCaskill went down to defeat.

In Texas, one of the most closely watched races of the 2018 political season, Republican incumbent and one-time Trump foil Ted Cruz managed to fend off a concerted challenge from the charismatic Beto O’Rourke, whose youthful exuberance and ability to mobilize younger voters made him a national Democratic superstar.

Republican Mike Braun defeated incumbent Democrat Joe Donnelly in a key Senate battle in Indiana, a state Trump carried mightily in 2016. And Republican Steve King won a ninth term representing northwest Iowa’s 4th Congressional District, re-electing the pro-gun and anti-immigration hardliner even as he barely campaigned and as he endured a string of controversies about comments and meetings he has held involving other candidates and groups characterized as white nationalists. King has argued that all those he met or made comments about were simply conservatives.

Trump even sent a celebratory tweet, shortly before the Democrats were widely projected to take back the House:

Tremendous success tonight. Thank you to all!

Two hours later, the President would tweet again, sharing praise of both him and the Republicans for retaining the Senate:

“There’s only been 5 times in the last 105 years that an incumbent President has won seats in the Senate in the off year election. Mr. Trump has magic about him. This guy has magic coming out of his ears. He is an astonishing vote getter & campaigner. The Republicans are………

….unbelievably lucky to have him and I’m just awed at how well they’ve done. It’s all the Trump magic – Trump is the magic man. Incredible, he’s got the entire media against him, attacking him every day, and he pulls out these enormous wins.” Ben Stein, “The Capitalist Code”

.@DavidAsmanfox “How do the Democrats respond to this? Think of how his position with Republicans improves-all the candidates who won tonight. They realize how important he is because of what he did in campaigning for them. They owe him their political career.” Thanks, I agree!

It was also a night of many firsts: For the first time, a pair of Native American congresswomen are headed to the House, in addition to two Muslim congresswomen. Massachusetts and Connecticut will also send black women to Congress as firsts for their states, while Arizona and Tennessee are getting their first female senators. Colorado elected the country’s first openly gay governor.

The election also made history by sending a record-breaking number of women to serve at once in the U.S. House. With ballots still being counted across the country as of this writing, women have won at least 112 seats, besting the record of 107.

Outrage and organizing by women have defined Democratic Party politics this election cycle—from the Women’s March opposing President Donald Trump the day after he was inaugurated in January 2017 through a stream of sexual assault accusations later that year that sparked the #MeToo movement.

More than 230 women, many of them first-time candidates, were on the general-election ballots in House races.

Despite the gains, men will continue to hold the vast majority of House seats.

READ MORE: The routine history of ‘wave’ midterm elections in the U.S.

Tuesday’s elections were noteworthy for the fact they generated unprecedented interest among voters keen to weigh in on the first two years of a presidency riven by angry anti-immigrant rhetoric, bitter political feuding and pointed personal attacks on the part of Trump himself.

Unlike past midterm votes and their middling level of interest, the 2018 edition has generated robust early voting turnout—in Arizona, Nevada, Texas and Utah, the number of advance ballots exceeded the total cast in 2014.

“This particular year is an exception because of the anti-Trump feeling on the part of a lot of them.”

In the United States, during what’s been one of the most remarkable political seasons in the country’s modern history, some experts are wondering if the country is in the midst of a historic partisan realignment, one that could have lasting repercussions on the traditional red-blue model.

“Things are pretty good, yet we have all this division and we have this president who’s relatively unpopular, so we have this strange juxtaposition,” said Kent State politics professor Michael Ensley, citing Trump’s poor approval ratings despite a rollicking U.S. economy and the absence of any major foreign-policy challenges.

Presidential tides are supposed to wax and wane with traditional economic indicators like job creation, wage rates, unemployment and consumer confidence—all of which are going gangbusters, according to numbers released last week. Yet for Trump, talking about the economy just isn’t very exciting, he admitted on the weekend.

“The broad question I keep asking myself is, are we at a point of a fundamental change in the American party system,” Ensley said. “I’m torn on the answer to that question.”

Democrats, sensing an opportunity to regain control of the House, were aggressively beating the health-care drum, promising to defend health coverage for pre-existing conditions from what they predicted would be a renewed Republican assault on the Affordable Care Act.

But where the Republicans should be singing the praises of an economy firing on all cylinders, Trump instead hewed closely to his 2016 playbook, relentlessly rallying his red-hatted supporters with a war footing against a South American migrant caravan slowly making its way through Mexico.

—with files from Maclean’s staff and the Associated Press