Live news, results and analysis from the 2016 U.S. presidential election 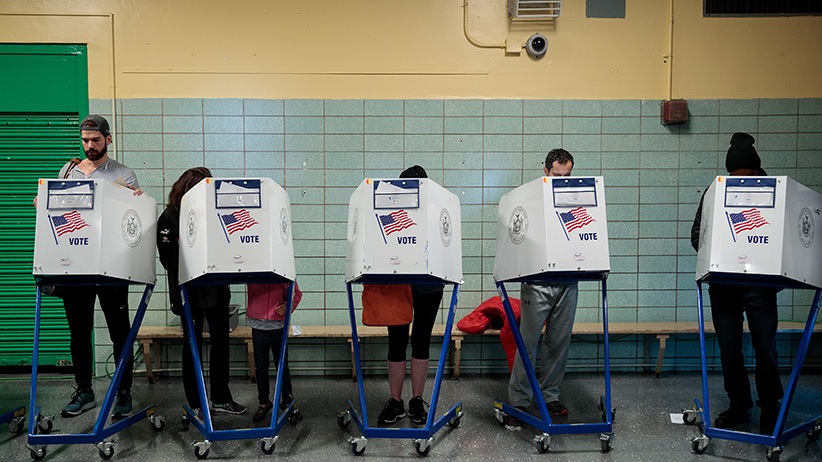 Donald Trump was elected president of the United States Tuesday, as voters eager to shook up the nation’s political establishment picked the businessman to lead the country.

An unexpected Republican nominee, Trump rode a wave of support from voters seeking change and willing to accept a candidate loose with facts and accused of sexual misconduct.

In a victory that rattled financial markets worldwide, he upset Democrat Hillary Clinton, who would have become the first woman to serve in the Oval Office.

Both Republican candidate Donald Trump and his Democratic rival Hillary Clinton made public appearances Tuesday morning as they voted in New York.

“It’s a humbling feeling,” Clinton said at a polling station in Chappaqua, N.Y.

Trump voted in Manhattan at about 11 a.m. “It’s a great honour, a tremendous honour,” he said, according to the Associated Press.

According to the AP, at least 46.27 million Americans had already voted by Monday — a record high. The AP predicted the number of early votes will pass 50 million this year, nearly 4 million higher than the last presidential election.

The first polls closed at 6 p.m. ET Tuesday, when voting ended in parts of Indiana and Kentucky. Results started rolling soon after.

The Associated Press called the race for Trump shortly after 2:30 a.m. Clinton called to him to concede the race about 15 minutes later.

Maclean’s will have the latest election results and analysis as news develops.