U.S. Secretary of State recuses himself from Keystone XL decision

Rex Tillerson, who had a long career in the oil industry, stepped away from the Keystone file last month 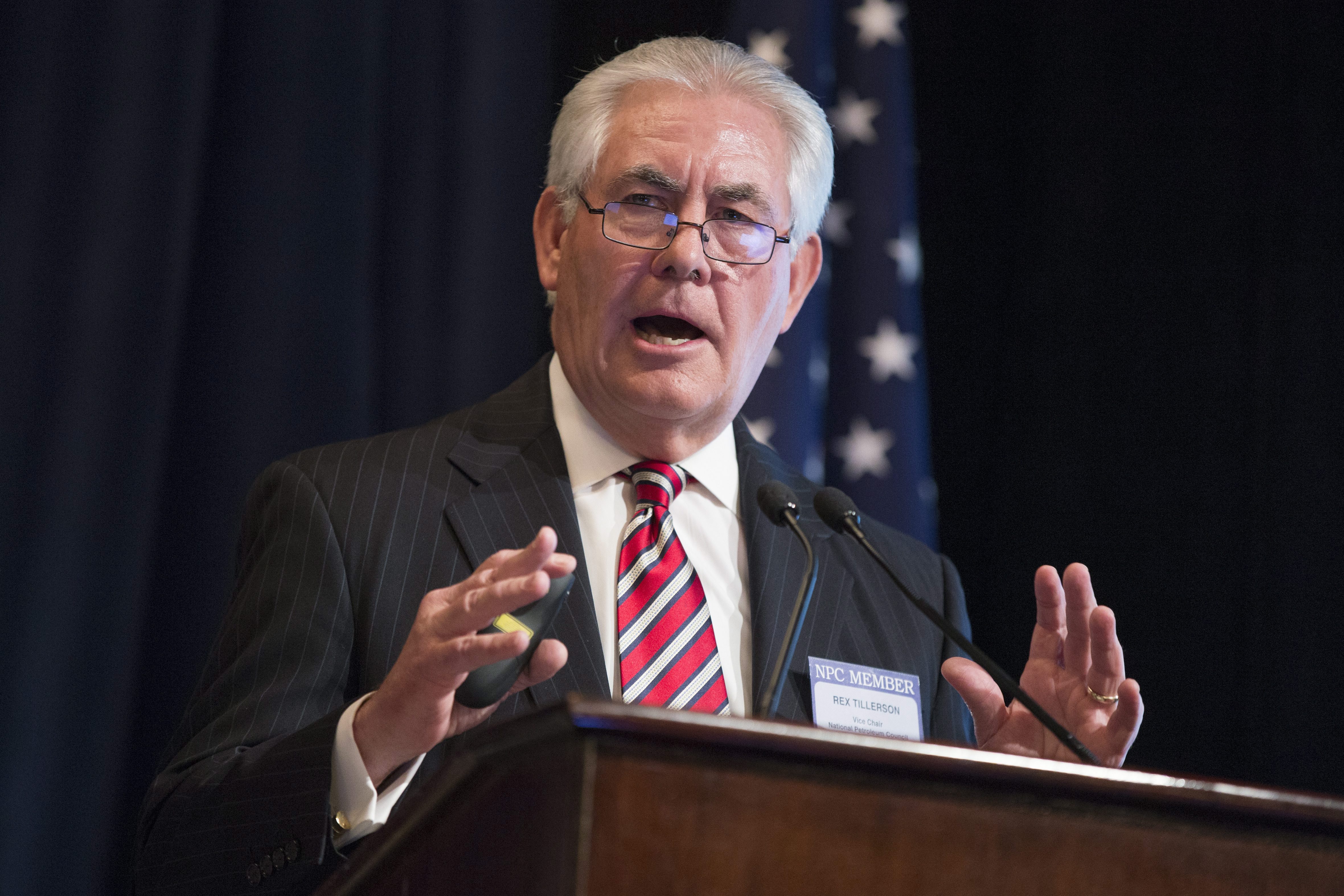 FILE – In this Friday, March 27, 2015 file photo, ExxonMobil CEO Rex Tillerson delivers remarks on the release of a report by the National Petroleum Council on oil drilling in the Arctic, in Washington. President-elect Donald Trump selected Tillerson to lead the State Department on Monday, Dec. 12, 2016. (AP Photo/Evan Vucci, File)

WASHINGTON, United States of America – U.S. Secretary of State Rex Tillerson says he won’t be involved in the decision-making process for the Keystone XL pipeline after a lengthy career in the oil industry that included investments in Alberta’s oilsands.

His department sent a letter Thursday to Greenpeace announcing that he moved last month to recuse himself from any involvement in the Keystone file and had not participated since then.

The file technically belongs to his office — the State Department decides whether to grant permits for pipelines that enter the U.S. from abroad. But the highly political issue has wound up being handled by the White House in two successive administrations.

Tillerson’s announcement came after Greenpeace sent a letter questioning how a former Exxon CEO, who was involved in Alberta oilsands projects, and has been working to sell off his shares in the company, can possibly act as a neutral arbiter.

In any case, the Trump administration has already said it intends to approve the project and has given Tillerson’s department 60 days to make a decision on the latest application by TransCanada Corp., meaning an announcement could come next month.

The pipeline would carry almost one-quarter of Canada’s oil exports to the U.S. — but it’s been embroiled in a years-long drama with the U.S. government, including the former Obama administration’s decision to spike the project.

Environmental groups have made clear they intend to keep fighting. In an example of that opposition, Greenpeace sent a letter Wednesday informing Tillerson that it was communicating its concern with the U.S. Office of Government Ethics and the State Department Office of the Legal Adviser.

The three-page letter from Greenpeace cataloguing its concerns drew a quick four-sentence response from the State Department.

“In early February, Secretary Tillerson recused himself from working on issues related (to this),” said the letter from the department’s deputy legal adviser, Katherine McManus.

“He has not worked on that matter at the Department of State, and will play no role in the deliberations or ultimate resolution of TransCanada’s application.”

Trump is likely to approve the project within weeks — then the lengthy battle moves into a new phase.

In addition, the pipeline is still lacking some land agreements to complete its route from Alberta to the midwestern U.S., where it would connect to an already-finished southern leg linked to refineries on the Gulf of Mexico.