Canada, Mexico and Europe had been exempt from the tariffs imposed in March, but NAFTA talks haven't gone as well as Trump had wanted 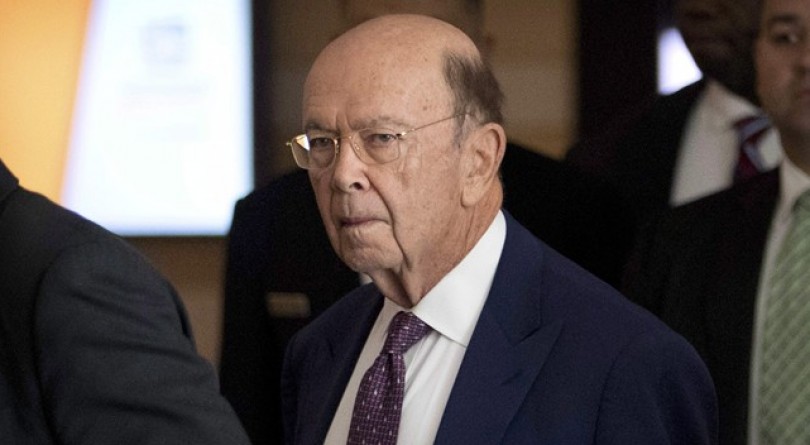 Canada, Mexico and Europe were exempted from import duties of 25 per cent on steel and 10 per cent on aluminum when they were first imposed in March, but those exemptions will expire on Friday.

Ross told a conference call with media this morning that he is looking forward to continuing negotiations.

But in the case of Canada and Mexico, he said the decision was based on making progress in the ongoing North American Free Trade Agreement talks, and there is no resolution in sight.

“The talks are taking longer than we had hoped.”

If Canada and Mexico choose to take retaliatory measures, it would not affect the ability to keep renegotiating NAFTA as a separate track, he added.

On Wednesday, the Trudeau government said it would take additional steps to prevent foreign steel and aluminum from being dumped into the North American market — news that appeared designed to try to head off the tariff decision.

But the U.S. is pressing ahead nonetheless, a long-threatened tactic sure to cast a pall over the G7 summit Prime Minister Justin Trudeau is hosting next week in Quebec. Some observers say a G6-plus-one scenario is already shaping up, with U.S. President Donald Trump as the outlier.

Trump had been widely expected to impose tariffs on European steel and aluminum imports after failing to win concessions from the European Union. Canada and its European allies have spent recent days making a concerted effort to head off the move.

RELATED: Donald Trump is starting a trade war. Here’s why it will go dangerously wrong.

Trudeau spoke with Trump by phone earlier this week.

Trudeau and French President Emmanuel Macron made their cases separately Wednesday to dissuade Trump, who is using a national-security clause in U.S. trade law to justify the move. Trudeau and Macron will meet next week in Ottawa before the G7 to talk strategy.

The prime minister also spoke by phone Wednesday with the premiers of Ontario, Quebec and Saskatchewan.

The Prime Minister’s Office said they “all agreed to continue to defend the Canadian steel and aluminum industry from unwarranted tariffs and to stand up for the best interests of all Canadian workers and businesses.”

Finance Minister Bill Morneau said in a statement late Wednesday that Canada has expanded the scope of its country of origin marking regime for steel and aluminum products to better determine where they come from.

READ ALSO: Donald Trump is starting a trade war. Here’s why it will go dangerously wrong.

The expansion builds on new funding announced in late April of an initial outlay of more than $30 million over five years to hire 40 new officers to investigate trade-related complaints, including those linked to steel and aluminum.

That announcement came about a month after the Canada Border Services Agency was granted extra powers to identify businesses that try to dodge import duties and ship cheap foreign steel and aluminum through the Canadian market.

Foreign Affairs Minister Chrystia Freeland, who pushed the steel and NAFTA issues during her meeting on Tuesday in Washington with U.S. trade czar Robert Lighthizer, has also made it clear that Canada would retaliate if the duties are imposed.

PREVIOUSLY: Back when Trump imposed tariffs back in March