Up next at the Republican convention: Mike Pence and Ted Cruz 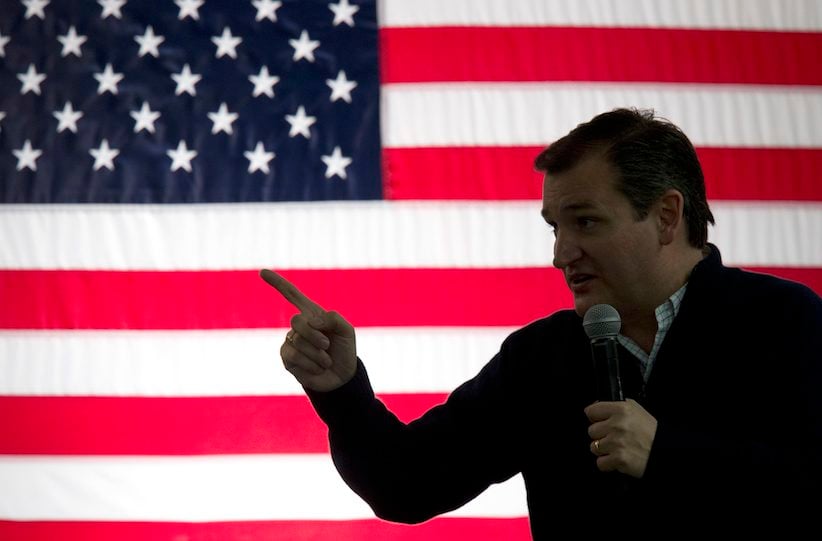 CLEVELAND — The art of the coronation has taken something of a beating at the Republican National Convention. Nevertheless, Donald Trump now has the crown — and a final chance to summon unity from the party’s restive ranks in the ritual’s closing days.

The roll call of the states Tuesday night delivered Trump the nomination, which he welcomed from afar in a videotaped message saying “This is a movement, but we have to go all the way.” House Speaker Paul Ryan announced that Trump had amassed 1,725 delegates, more than triple the number of his nearest competitor, the fruits of a political phenomenon without parallel in modern times.

Day 3 of the convention will bring two conservative stalwarts to the stage: Trump’s running mate, Indiana Gov. Mike Pence, a favourite of evangelicals; and the nominee’s most tenacious challenger in the primaries, Texas Sen. Ted Cruz, the man Trump used to call “Lyin’ Ted.”

Pence is heartily on board the Trump bandwagon; Cruz isn’t yet, nor are many of his supporters in Cleveland. The senator’s scheduled prime-time address will be keenly watched as a barometer of the party’s fighting spirit as the GOP turns to the fall campaign against Democrat Hillary Clinton, who accepts her nomination next week.

Trump, the in-your-face outsider, won at the cost of alienating many traditional Republicans both on the right and in the centre, and the divide has spilled over into the convention, though without overwhelming it. The roll call unfolded largely according to plan after a day dominated by unwelcome attention over passages from an eight-year-old Michelle Obama speech that made their way into Melania Trump’s address to the convention, almost word for word, the night before.

This, after unwelcome attention over a loud if short-lived protest on opening day over convention rules aimed at tamping down any remaining threat to Trump’s triumph.

Tuesday night, speaker after speaker stepped forward to denounce Clinton, none to greater effect with the crowd than New Jersey Gov. Chris Christie.

The governor, a dropout in the GOP presidential race who ended up on the short list for Trump’s running mate, energized the hall as he ticked through numerous accusations of wrongdoing against Clinton and implored delegates to shout “guilty.” They not only did that, but interrupted him with shouts of “Lock her up.”

Two of Trump’s children testified to his character. “For my father, impossible is just the starting point,” said Donald Trump Jr., eldest of the nominee’s five children. Tiffany Trump, 22, said her dad is a “natural-born encourager” and she recalled the notes he wrote on her report cards.

Questions about plagiarism surfaced for a second day in a row, this time in the eldest son’s speech. But F.H. Buckley, the writer behind the original work in question this time _ an article in The American Conservative _ said he was a principal speechwriter for the younger Trump and said the campaign did nothing wrong.

On the convention floor, Rep. Mark Meadows of North Carolina was feeling the fighting spirit, telling reporters, “It’s all starting to gel.” Not so for Colorado delegate Kendal Unruh, a leader of the outmanoeuvred anti-Trump contingent, who said it’s time to “cancel the convention, stop the sham,” and who warned Trump might run into a “show of displeasure” in his acceptance speech ending the convention Thursday night. Colorado cast most of its votes for Cruz.

Cruz was not expected to offer a full-throated endorsement in his speech, nor to rock the boat too much, given that his remarks were being vetted by Trump’s people. In this at times undisciplined enterprise, though, who knew?

The convention offers Trump one of his best chances to convince voters he’s better suited for the presidency than Clinton. But the rocky start raised questions about his oversight of his campaign, which gives voters a window into how a candidate might handle the pressures of the presidency.

Trump’s campaign chief, Paul Manafort, managed only to keep the controversy alive by insisting there was no evidence of plagiarism, an untenable assertion given the similarities. In contrast, Republican National Committee Chairman Reince Priebus said he “probably” would have fired his own speechwriters under similar circumstances.

Donald Trump Jr. told reporters he was proud of Mrs. Trump’s speech but people in the campaign “should have cleaned it up better.”

As large and challenging as political conventions are, they pale in comparison with the scope of a president’s responsibilities, and sloppiness in Cleveland could hint at what a Trump presidency could look like.

Whether that matters to voters, though, is another question. The billionaire has survived, even prospered through, a series of contentious episodes that might have consumed a conventional politician — or a conventional convention.